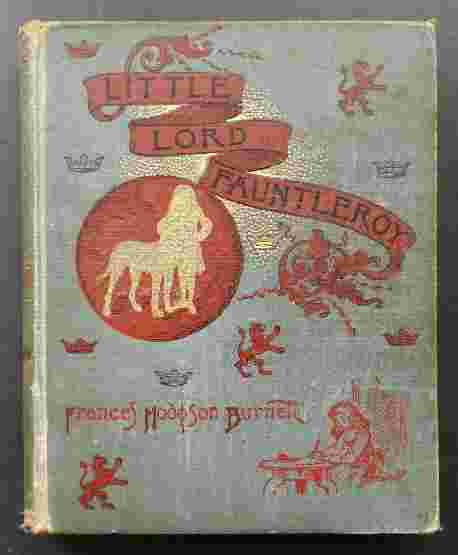 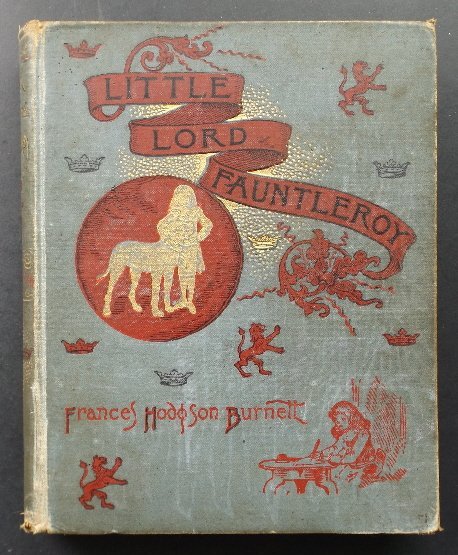 "Little Lord Fauntleroy" is a sentimental novel by the English-American writer Frances Hodgson Burnett, her first children's novel. It was published as a serial in "St.Nicholas Magazine" from November 1885 to October 1886, then as a book by Scribner's (the publisher of St.Nicholas) in 1886.

The novel's protagonist, Cedric, and his mother, Dearest, live in America until Cedric learns that he is to inherit the title and estate of his paternal grandfather. The mother and son then move to England, where Cedric, as Lord Fauntleroy, charms his embittered grandfather, the Earl of Dorincourt, and everyone else he meets with his open, egalitarian ways ...

Frances Eliza Hodgson Burnett (1849-1924) was a British-born American novelist and playwright who was born in Cheetham, Manchester, England. She is best known for the three children's novels "Little Lord Fauntleroy" (1886), "A Little Princess" (1905), and "The Secret Garden" (1911).

After her father died in 1852, the family fell on straitened circumstances and in 1865 they emigrated to the United States, settling in New Market, Tennessee. There, Frances began writing to help earn money for the family, publishing stories in magazines from the age of 19. In 1870, her mother died, and in 1872 she married Swan Burnett, who became a medical doctor. The Burnetts lived for two years in Paris, where their two sons were born, before returning to the United States to live in Washington, D.C., where Burnett began to write novels.

"Little Lord Fauntleroy" made her a popular writer of children's fiction, although her romantic adult novels written in the 1890s were also popular. She wrote and helped to produce stage versions of "Little Lord Fauntleroy" and "A Little Princess". Early 1880s, Burnett traveled frequently to England and in the 1890s bought a home there, where she wrote "The Secret Garden". Her oldest son, Lionel, died of tuberculosis in 1890, which caused a relapse of the depression she had struggled with for much of her life. She divorced Swan Burnett in 1898, married Stephen Townsend in 1900, and divorced him in 1902. A few years later she settled in Nassau County, New York, where she died in 1924 and is buried in Roslyn Cemetery. In 1936 a memorial sculpture by Bessie Potter Vonnoh was erected in her honor in Central Park's Conservatory Garden. The statue depicts her two famous Secret Garden characters, Mary and Dickon.

William Munford Ellis, Jr (1879-1906), son of WILLIAM MUNFORD ELLIS (Richmond City, October 15, 1846). At the age of seventeen years he was in the Confederate service, acting as adjutant of the 4th Virginia Reserves, Colonel Robert T. Preston. He took part in the battle of Cloyd Mountain, May 9, 1864, and the battle of the Salt Works, in the fall of 1864.
At Walnut Grove estate, Montgomery County, Virginia, October 12, 1870, he was united in marriage with Margaret Kent Langhorne, and their four children were born: Nannie Kent, November 13, 1871, lives in Lynchburg; Elvira Munford, June 10, 1874; Margaret Langhorne, September 26, 1875; William Munford, Jr., June 27, 1879–these three with their father. The wife of Mr. Ellis was born in Roanoke county, Virginia, August 16, 1853, a daughter of John Archer Langhorne and Margaret (Kent)Langhorne. She was six years old when her parents made their home in Montgomery county. She died in Lynchburg, May 12, 1882. [Reference: History Museum of Western Virginia]
Gift inscription on front endpaper "to William Munford Ellis, Jr. from Kent, David and Mary Lloyd, Christmas 1893"

710 Followers
Get notifications from your favorite auctioneers.
As Seen On
Shop With Confidence
Since 2002, LiveAuctioneers has made exceptional items available for safe purchase in secure online auctions.
Popular Searches
Artists & Creators
Brands
Style Periods
Origins
Company
Winning
Selling
Â© 2002-2020 LiveAuctioneers. All Rights Reserved.Cookie PolicyTerms & ConditionsPrivacy Policy
This site is protected by reCAPTCHA and the Google Terms of Service and Privacy Policy apply.
BACK TO TOP