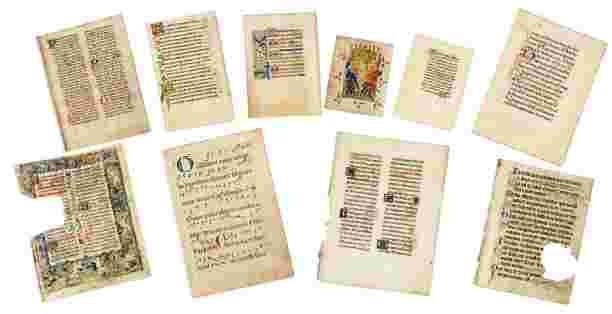 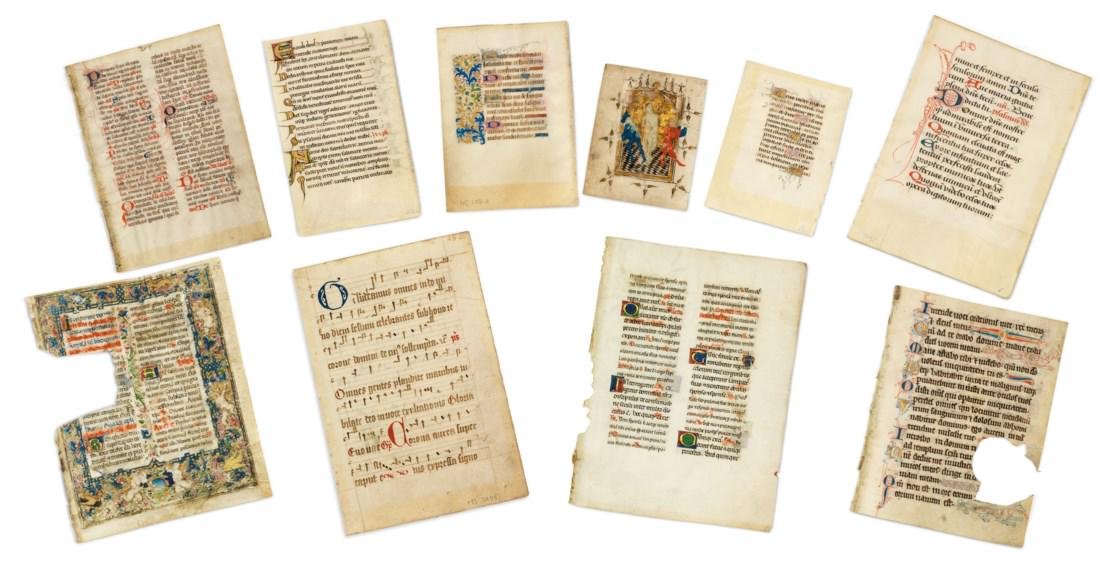 A collection of medieval manuscript leaves (10)

A COLLECTION OF MEDIEVAL MANUSCRIPT LEAVES, 10 leaves from liturgical manuscripts on vellum, in Latin [central Europe, 13th to 16th centuries]

An eclectic collection of illuminated leaves, several of which from important, published manuscripts, including a leaf from a 13th-century Spanish Psalter-Hymnal; one of the oldest known Dutch miniatures; and a leaf from a Flemish Psalter-Hours with elaborate line-fillers and marginalia.

(3) A leaf from a Psalter-Hours [southern Netherlands, 2nd or 3rd quarter 13th century]. 178 x 135mm. 20 lines, initials alternately gold with blue flourishing or blue with red flourishing, elaborate line-fillers with grotesques, a drum-playing dog in the margin. Provenance: The parent volume was probably made for a Benedictine nun or abbess, and broken up by 1966 when leaves were in the collection of Carl Richartz, Amsterdam. Two leaves are now in the collection of Bob McCarthy (P. Kidd, 2019, no 20, pp.106-9).