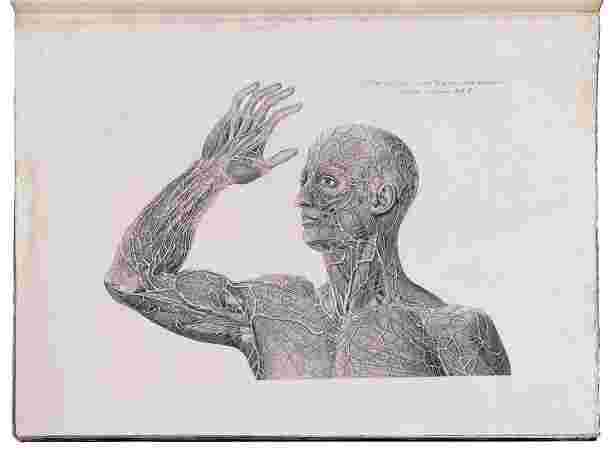 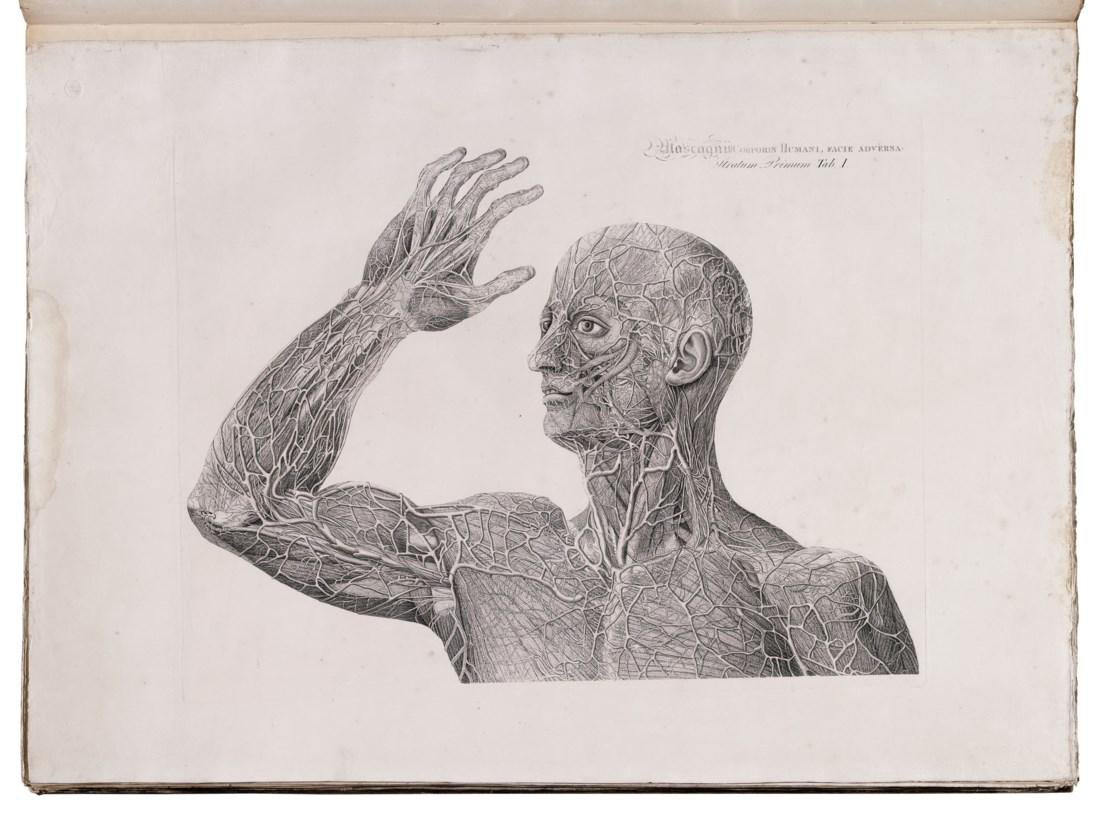 Very rare first edition of this major anatomy, an accomplishment of imposing size, with 'an almost incredible level of detail' (Garrison-Morton). Mascagni's great work was left unfinished at his death. In April 1822, his heirs sold the monumental forty-four copperplates to the Pisa professors Vacca-Berlinghieri, Barzellotti and Rosini. Each is accompanied by outline plates, meant to be superposed, marked with letters and keyed to the text. 'The size of the bodies is assumed to be three Tuscan braccia, equal to five feet, five inches, Parisian measurement, but such parts as are represented separately are sometimes drawn upon a larger scale. The sheets are so large that an entire body can be composed out of three of them when they are joined together. …This large anatomic work is unique even today, but it is certainly expensive and inconvenient for practical uses... As the editors assure the reader, it is chiefly recommended to the practicing physician and the surgeon. It may be called complete since nothing, except microscopic anatomy, histology, and the lymphatics of the skin have been omitted. Even the pregnant uterus, the placenta, and the fetus are represented in several illustrations' (Choulant-Frank, pp.318-19). This work is very scarce. A single copy is listed in ABPC/RBH for the last forty years (our rooms, 2004), beside which only copies of the highly reduced Florence, 1833 edition appear in auction records. According to Garrison-Morton, very few sets were issued; some of them were hand-coloured by the artist, Antonio Serrantoni, and the bibliographer counts them 'among the most breathtakingly beautiful of all anatomical studies'. Garrison-Morton 409.1; Wellcome IV, p.73.

Please note this lot is the property of a private individual.