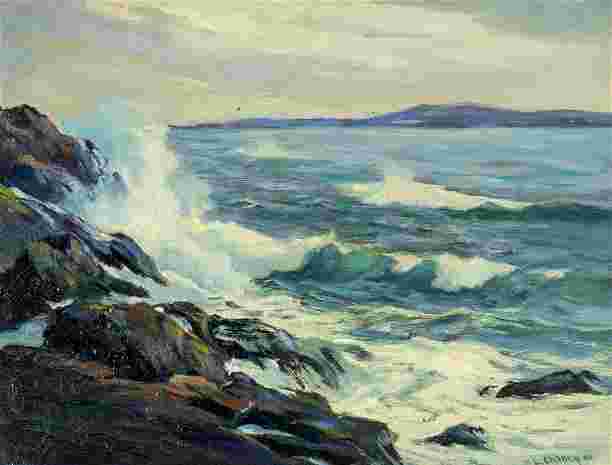 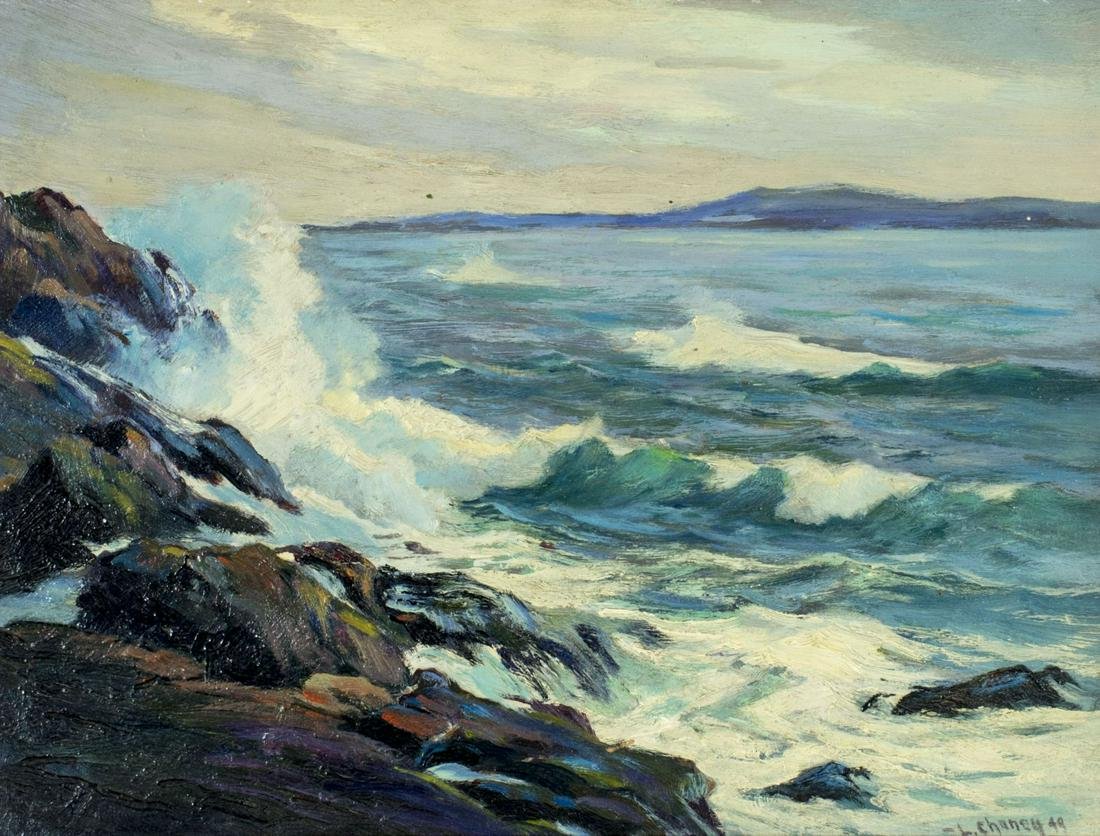 BIOGRAPHY:
Lester J. Chaney, an internationally recognized marine painter was born in Hungary. His family moved to this country when he was three years old.
He attended school at Pullman High and the Art Institute. His ability and skill were recognized by Leon Lundmark, who was recognized as the greatest marine painter in the Chicago area, and he became a protege of the great artist.
After six years of study with Lundmark, he went to the Maine coast, where he painted under the supervision of C.H. Woodbury and Frederick J. Waugh. His paintings hang in galleries as far as Bergen, Norway and as far west as Sydney, Australia. He has been asked to exhibit in London, England, and Paris,
France.
Besides working the steel plant during the war he painted and exhibited pictures from Maine to California. He prefers the realistic pictures. In his spare time he helps out at a Chicago studio where his pictures are exhibited.
Although Chaney is listed in Who's Who in American Artists and the Modern Review of Paris as a marine painter, he is also an accomplished landscape painter. Warren Woods, Golden Sands, Landscape Symphony, and Morning Fantasy are pictures that may be viewed before June 1 at the school.

1,926 Followers
Get notifications from your favorite auctioneers.
As Seen On
Shop With Confidence
Since 2002, LiveAuctioneers has made exceptional items available for safe purchase in secure online auctions.
Popular Searches
Artists & Creators
Brands
Style Periods
Origins
Company
Winning
Selling
Â© 2002-2020 LiveAuctioneers. All Rights Reserved.Cookie PolicyTerms & ConditionsPrivacy Policy
This site is protected by reCAPTCHA and the Google Terms of Service and Privacy Policy apply.
BACK TO TOP