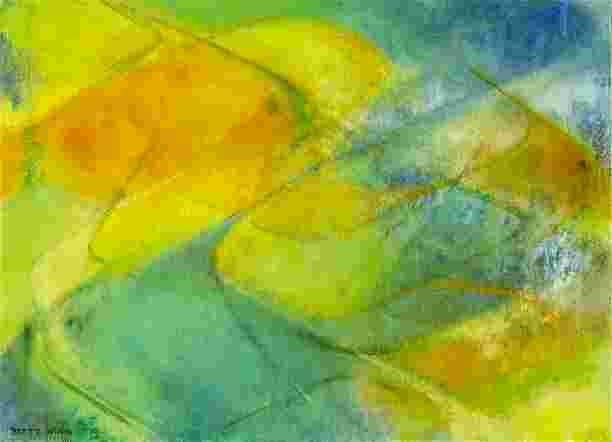 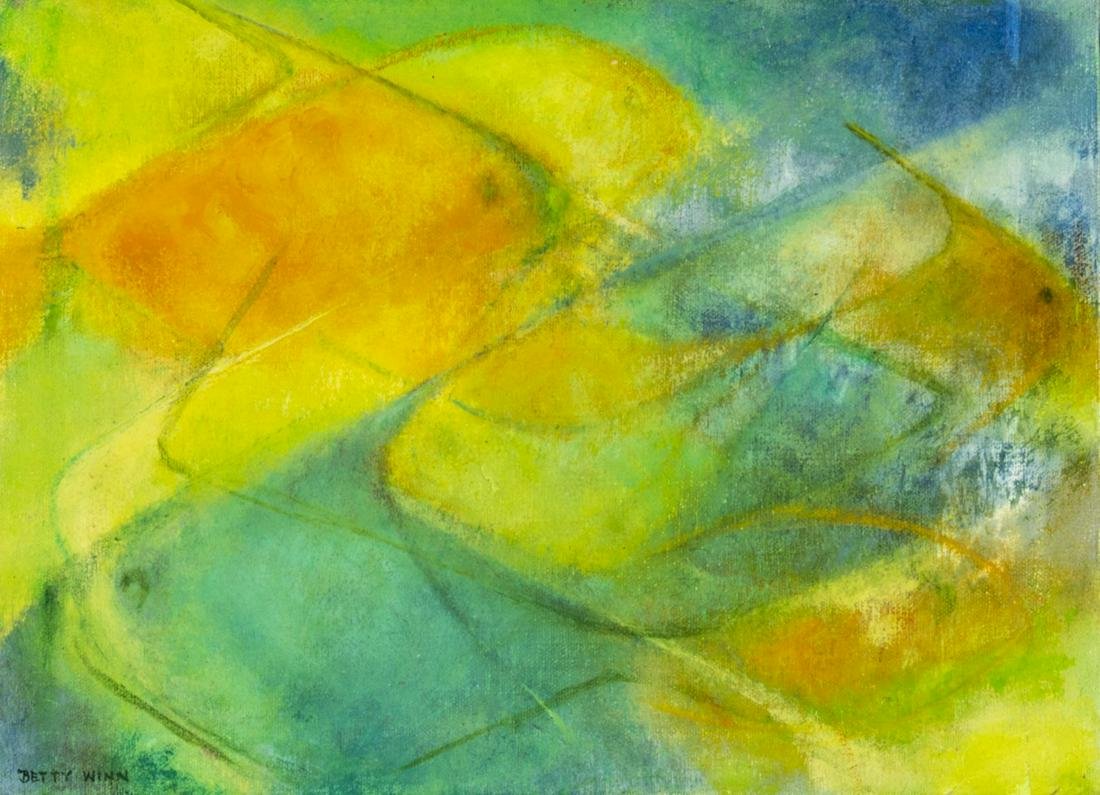 Elizabeth Smith Winn (Texas, 1915 - 2000)
Betty Winn was quite active in the Dallas art community for more than 40 years. Early in her art career, she studied with Frank Reaugh, and with other students occasionally accompanied him on painting field trips across Texas and the Southwest. Later she was mentored by Otis Dozier, and they were friends for many years. She volunteered for several years at the Dallas Museum of Art.
Painting and teaching painting at her home in Greenway Parks in north Dallas, she won a number of local and regional awards. During the 1950s, for her efforts to bring "provocative religious art before the members of her church," as a Dallas paper put it, she was named a member of the national commission on religion in art of the National Council of Churches.
Her artworks, primarily oils and acrylics of many genres both representational and nonrepresentational, but with occasional forays into collage, mobiles, and other media, are found in many public and private collections. The paintings included in this small on-line gallery are only a fraction of her output; most of these works are in the hands of Betty's children, nephews, and nieces, and the families of a few close friends. Most of the photos of her work were taken by their owners, and they do not include any of her earliest works. Some of the photos are old snapshots that were taken in her studio before delivery to purchasers, and only give hints of the vibrancy of the actual paintings.
Elizabeth Smith (Betty Winn) was born in Dallas, Texas, on 26 March 1915 and died 1 June 2000. Her parents were Loyd Bond Smith and Elizabeth Henley Nash Smith and she had two older brothers. She attended Dallas public schools and received a B.A. from Swarthmore College in 1936. She was married to Dr. Robert E. Winn from 1936 until his death in 1970, and to Edward Campbell from 1975 until his death in 1996.

1,920 Followers
Get notifications from your favorite auctioneers.
As Seen On
Shop With Confidence
Since 2002, LiveAuctioneers has made exceptional items available for safe purchase in secure online auctions.
Popular Searches
Artists & Creators
Brands
Style Periods
Origins
Company
Winning
Selling
Â© 2002-2020 LiveAuctioneers. All Rights Reserved.Cookie PolicyTerms & ConditionsPrivacy Policy
This site is protected by reCAPTCHA and the Google Terms of Service and Privacy Policy apply.
BACK TO TOP