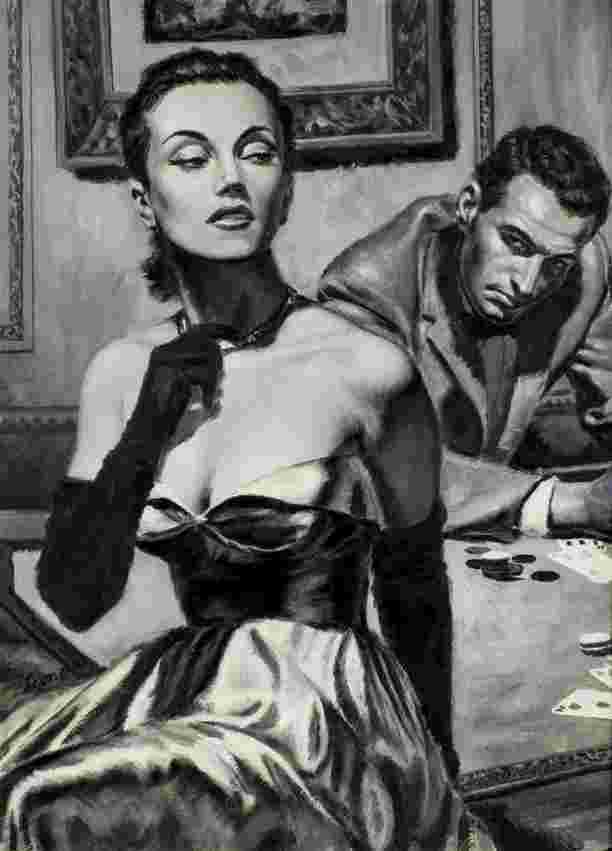 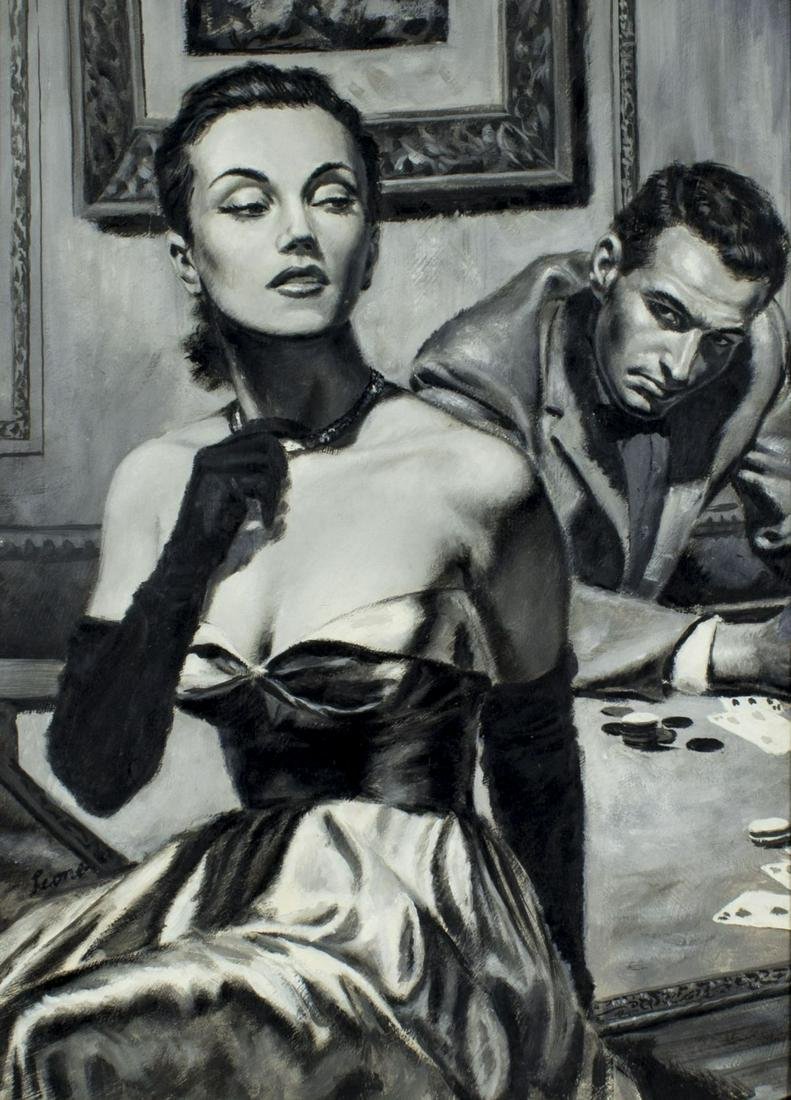 John Leone (New York, Virginia, 1929 - 2011)
John Leone gained his formal art training in New York City at the School of Art and Design, finishing his formal training at Cooper Union Art Institute. Upon graduation he became a freelance illustrator. From the beginning his love of horses and the outdoors permeated his work. As his recognition grew in the industry, his fine art paintings were featured as book covers for Western and adventure novels for such renowned publishers as Simon & Schuster and Grossett & Dunlap.
His interest in horses began in the 1940's when at seventeen he made a trip to Texas to visit his brother and sister-in-law on their ranch. He has been captivated with horses ever since. Now he lives in the Catskill Mountains of upstate New York where he and his wife raise and train Quarter Horses. He honed his riding and driving skills, allowing him to enter horse shows and hunter-pace events. He also spends long hours in his studio creating the art which is his livelihood. Knowing he couldn't keep a horse standing still, or a landscape from changing light, he found photography a useful tool.
Leone composes his paintings from images of the world around him. He lives close to the actual foxhunting country of upstate New York. When it snows, he goes out to capture those scenes that will form backgrounds for paintings. When beginning a painting, especially when it's a complicated painting, he draws a very extensive actual-size pencil rendering on parchment. Via carbon paper, Leone transfers the drawing onto a toned canvas or panel. He then paints the shadows of the composition in burnt umber, as the old masters did. He then paints in the background, sky, and whatever falls behind the subject leaving the foreground until last.
The hounds and horses in his paintings are often his own. To further his quest for authenticity in his work, he joined a local hunt. To be able to ride even in the worst weather, he attached an indoor arena to his barn.
Mr. Leone's fine art historical and American paintings are collected throughout the United States and Europe. He has had many private exhibitions including a show at L. Rockefeller's Beaverkill Inn and a sold out show in Tokyo.

1,862 Followers
Get notifications from your favorite auctioneers.
As Seen On
Shop With Confidence
Since 2002, LiveAuctioneers has made exceptional items available for safe purchase in secure online auctions.
Popular Searches
Artists & Creators
Brands
Style Periods
Origins
Company
Winning
Selling
© 2002-2020 LiveAuctioneers. All Rights Reserved.Cookie PolicyTerms & ConditionsPrivacy Policy
This site is protected by reCAPTCHA and the Google Terms of Service and Privacy Policy apply.
BACK TO TOP