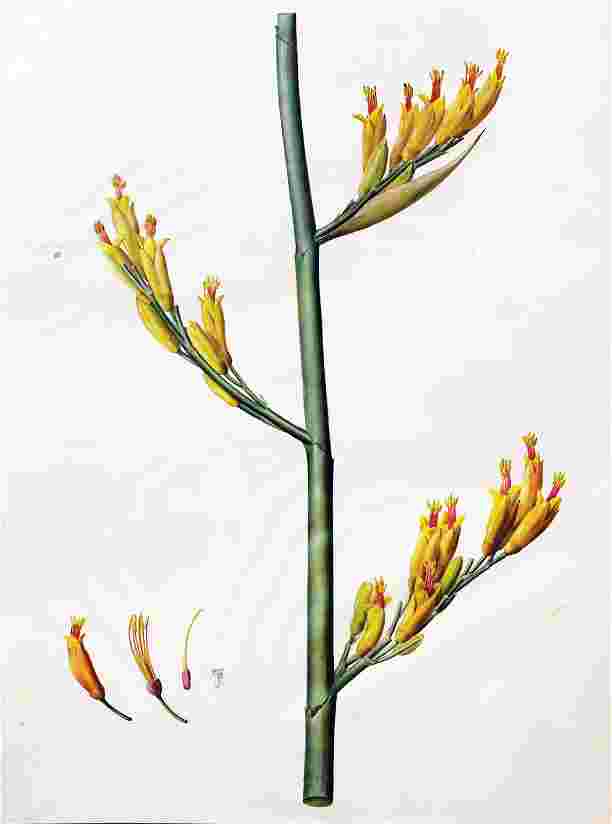 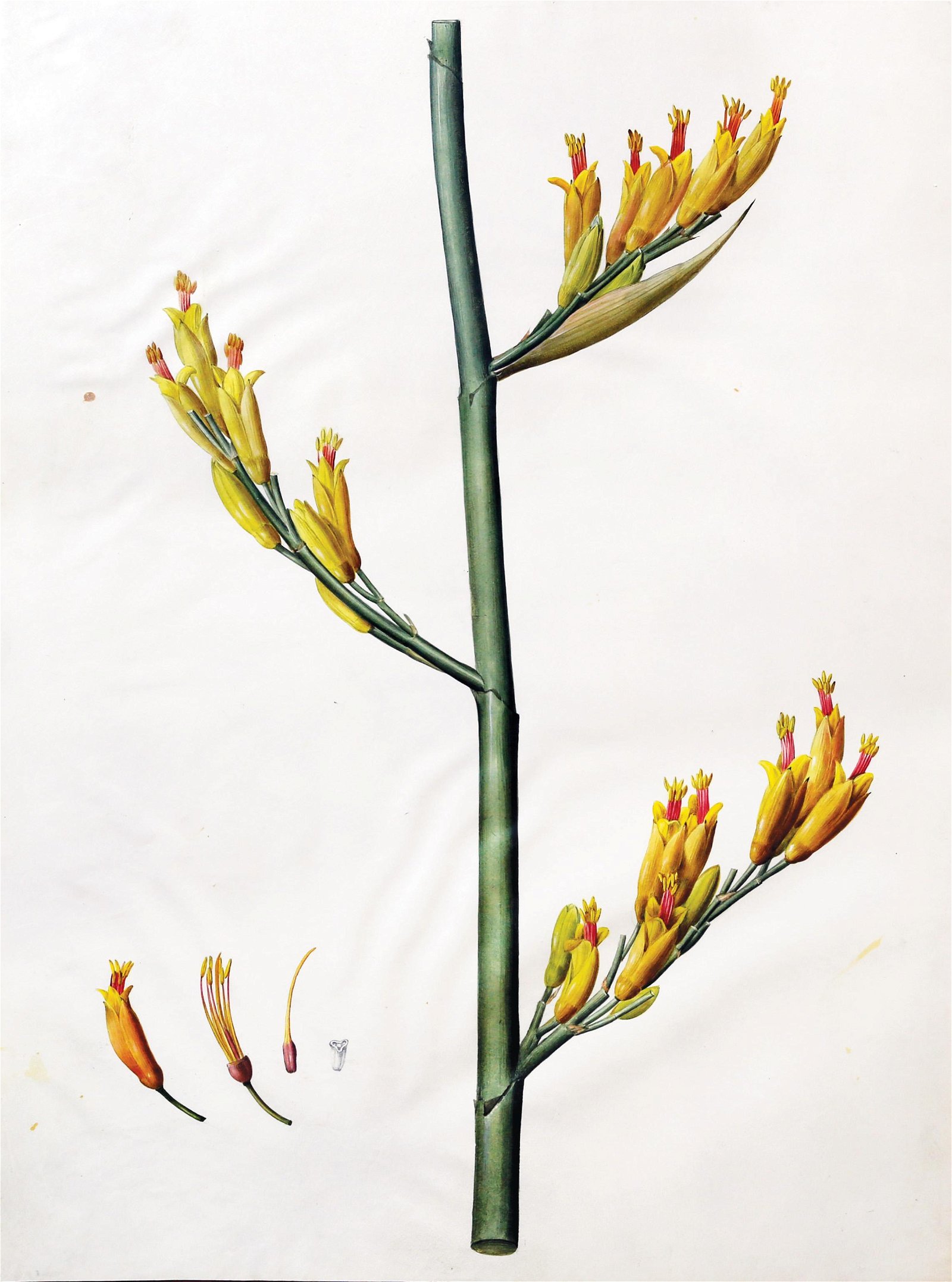 REDOUTE, Pierre-Joseph (1759-1840).
New Zealand Flax (Phormium Tenax), study for plate 449.
Original unique watercolor on vellum drawn for Empress Josephine.
Signed lower left P. J. Redoute.
C. 1802-1816 for Les Liliacees.
19" x 14" sheet.
The unequalled botanical artist, Pierre-Joseph Redoute, occupies a central position in the development of European flower painting. Redoute had as pupils or patrons five queens and empresses of France, from Marie-Antoinette to Empress Josephine and her successor, Marie-Louise. Despite many changes of regime in a turbulent epoch, he worked without interruption, a testament to his greatness as an artist.
Les LiliaceÌes, Redoute's largest and most ambitious work, is generally considered to be the artist's masterpiece. Produced under the patronage of the Empress Josephine, for whom Redoute worked as botanical artist at her estate at Malmaison, this pristine example represents a landmark work in the field of flower illustration. The title is misleading, for the work covers a much broader scope: the work includes representatives of the lily, amaryllis, iris, orchid, and other families. The plates were executed by means of stipple engraving, which, as noted, was a method that the artist himself perfected when he was unsatisfied with the effects garnered by traditional copper-plate engraving. As he shrewdly observed, the delicacy and subtle elegance of his compositions could only be captured using an equally fine printing method.
Les LiliaceÌes records the plants of the lily family and related flowers that Josephine collected for her gardens at Malmaison. Redoute's small drawings, placed at the bottom of the main illustrations, record the anatomical features of each species so that each flower could be identified with precision and cultivated to perfection. Redoute's work represents a uniquely harmonious blend of scientific precision and supremely delicate artistry.