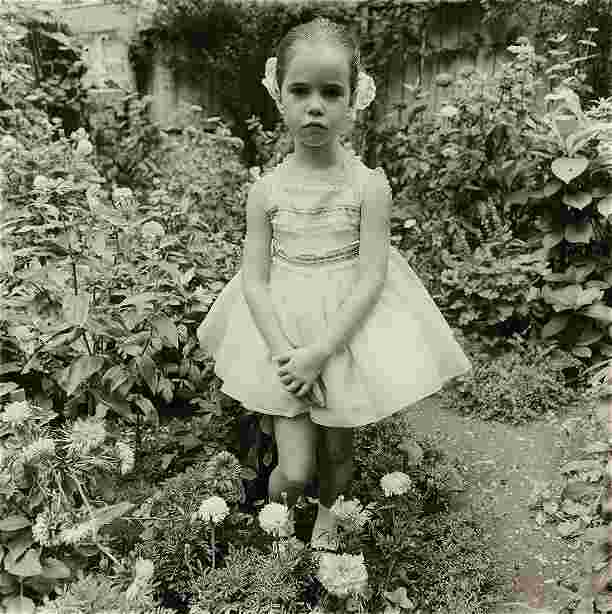 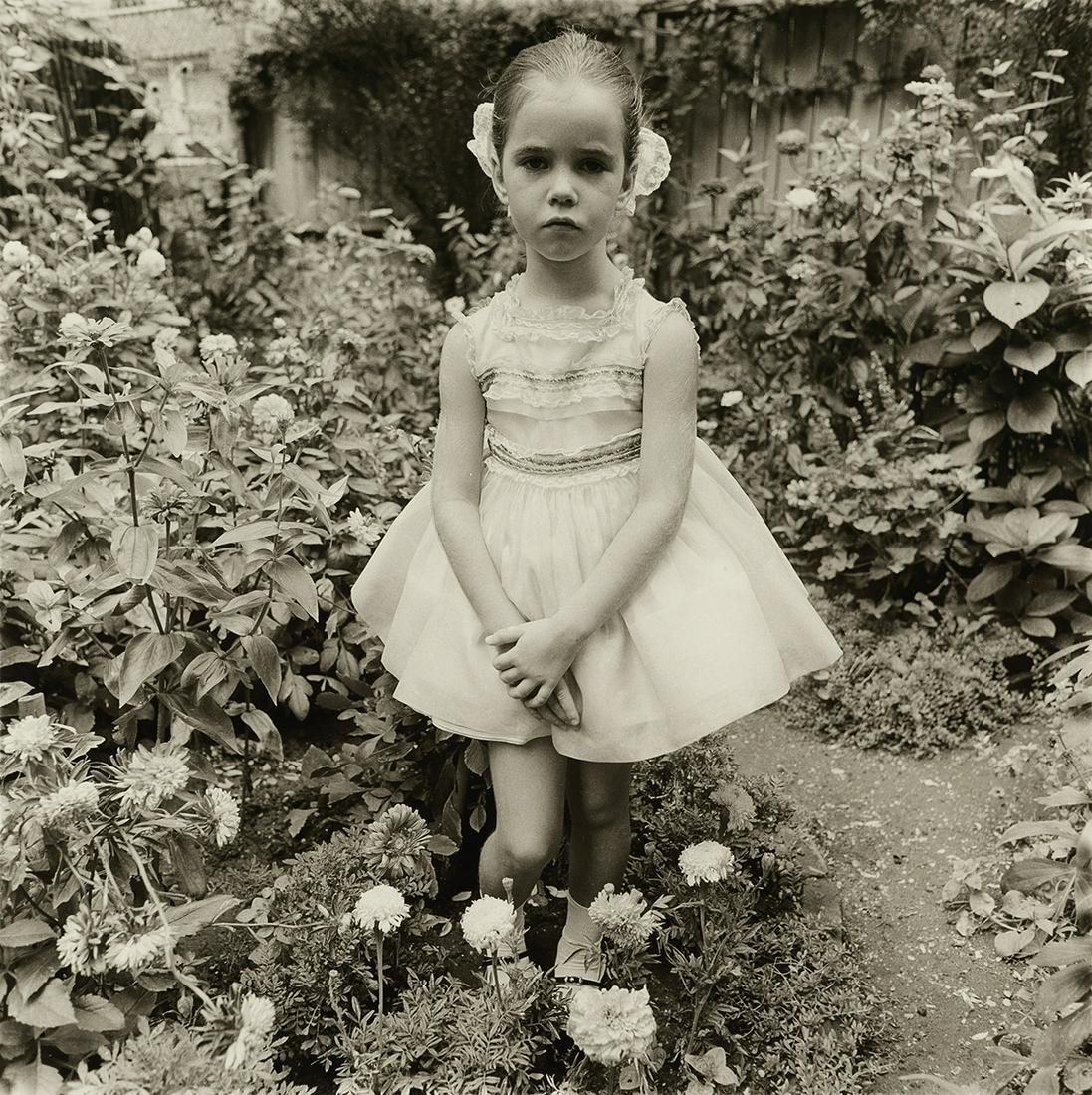 DIANE ARBUS (1923-1971)/NEIL SELKIRK (1947- )
Petal Pink for Little Parties. Silver print, the image measuring 14½ inches (36.8 cm.) square, the sheet 20x16 inches (50.8x40.6 cm.), with the A Diane Arbus Photograph hand stamp with Doon Arbus' signature, title, print date, the edition notation 4/75, and Neil Selkirk's credit, in ink, as well as the Estate Copyright (with the date 1962) and reproduction limitation hand stamps, on verso. 1962; printed 1985
From the Collection of Gwendolen Cates.
Harper’s Bazaar, September 1962.
Gwendolen Cates acquired the print in 1985 from photographer Marc Hauser, for whom she had occasionally worked as a photo assistant during the beginning of her career.
Grove Press published Cate's critically acclaimed book “Indian Country” in 2001. Her personal work has focused on Indigenous Peoples from an early age. As a graduate student in linguistics, her father lived on the Navajo (Diné) Nation for two years right before her birth, and first brought her there when she was 11.

She was tapped to make documentary about one of the subjects in the book, Navajo-Puerto Rican New York City Ballet star Jock Soto. Her first feature documentary film, “Water Flowing Together” (2007) premiered nationally on PBS Independent Lens in 2008.

During the 2003 invasion of Iraq, Gwendolen was embedded with the U.S. military as a photographer for Time Inc., and returned in 2004 for another assignment, a Parade cover story about the Cradle of Civilization. In 2009, she documented the World Monuments Fund mission to Babylon. From 2008-2011 she traveled often to Iraq, and Syria, living in communities, for an ongoing photography and video project about cultural heritage and the displacement and genocide of Indigenous cultures, including the Yezidis.

Her most recent multi- award-winning film “The Good Mind” (2016) follows Onondaga Nation leaders as they fight to protect their sovereignty, culture and the environment while seeking justice for ancestral lands stolen by New York State in violation of a 1794 treaty with George Washington. Gwendolen is currently completing the feature documentary “We Are Unarmed,” a fresh look at the historical and political context of the peaceful resistance and environmental injustice that occurred at Standing Rock. Another project, “The Doctrine”, about the ongoing impact of medieval colonial laws on Indigenous Peoples and the climate crisis, is in production.

Among the foundations that have supported her work are ITVS, The Ford Foundation, and the New York State Council on the Arts. A native New Yorker, Gwendolen studied cultural anthropology at the University of Chicago.