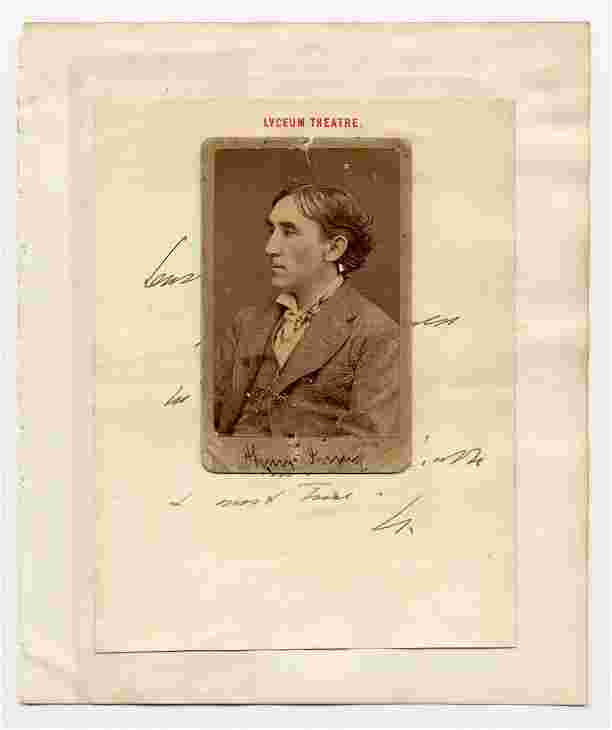 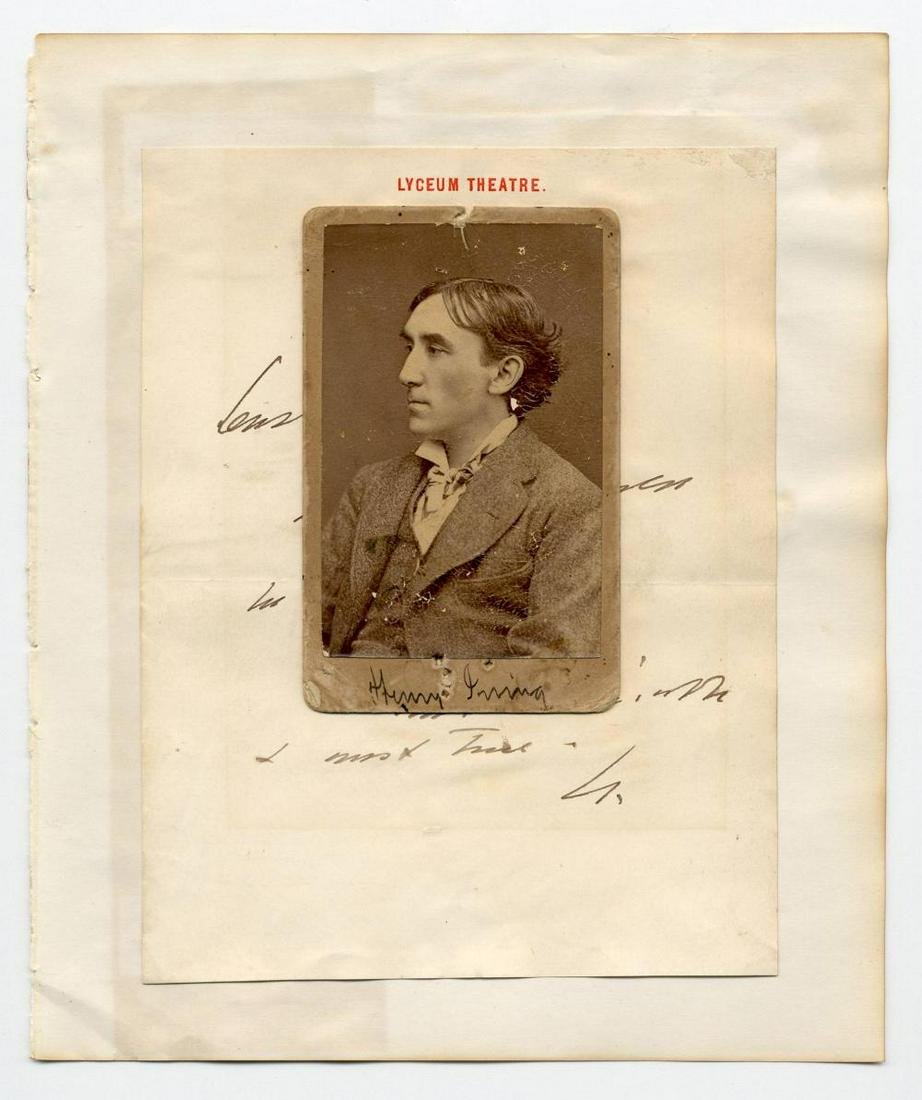 A 10-word note inscribed by English stage actor Sir Henry Irving (1838-1905), and initialed by him as "h" at lower right. The note, presumably penned in London, England, is on stationery with red embossed "Lyceum Theatre" letterhead. The carte de visite is inscribed "Henry Irving" along the bottom in another hand, and was published by John C. Murdoch (London, Edinburgh & Glasgow). Both the carte de visite and the note are hinged at top to a larger autograph album page [on the reverse is found an autograph note signed by silent film actress Venita Fitzhugh (1895-1920) as well as a newspaper clipping about her death in an automobile accident.] Scattered crazing and isolated loss to the photo surface, and minor holes. Light toning and foxing to the note paper, and isolated mounting traces at upper right. Else very good. The carte de visite measures 2.5" x 4" while the album page measures 6.75" x 8.125".

Sir Henry Irving was a popular Victorian stage actor whose collaboration with fellow Thespian Ellen Terry resulted in a splendid career at the Lyceum Theater. Irving played dozens of roles over his 40+ year long career, interpreting Shakespeare, Tennyson, Scott, Goldsmith, and others. Irish novelist Bram Stoker served as Irving's personal assistant and business manager at the Lyceum for 27 years, between 1878 and Irving's death in 1905. During this time, Stoker produced Dracula--his most famous work--whose title character was inspired by Irving. The actor was truly as cerebral as Stoker's sophisticated un-dead anti-hero, and just as captivating.