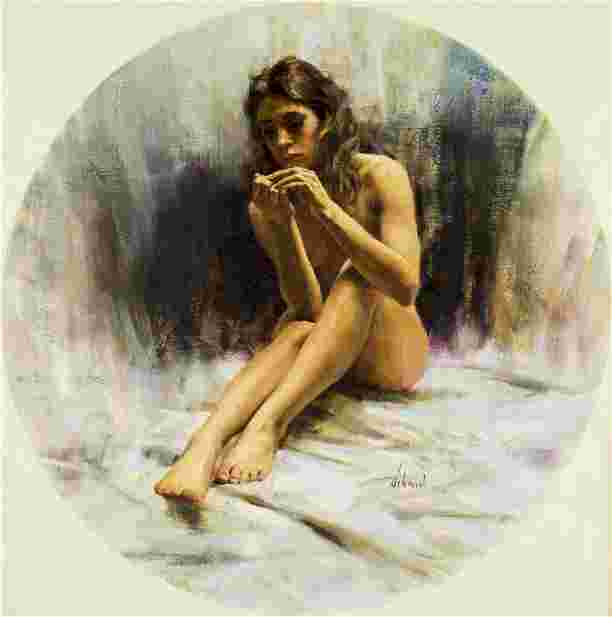 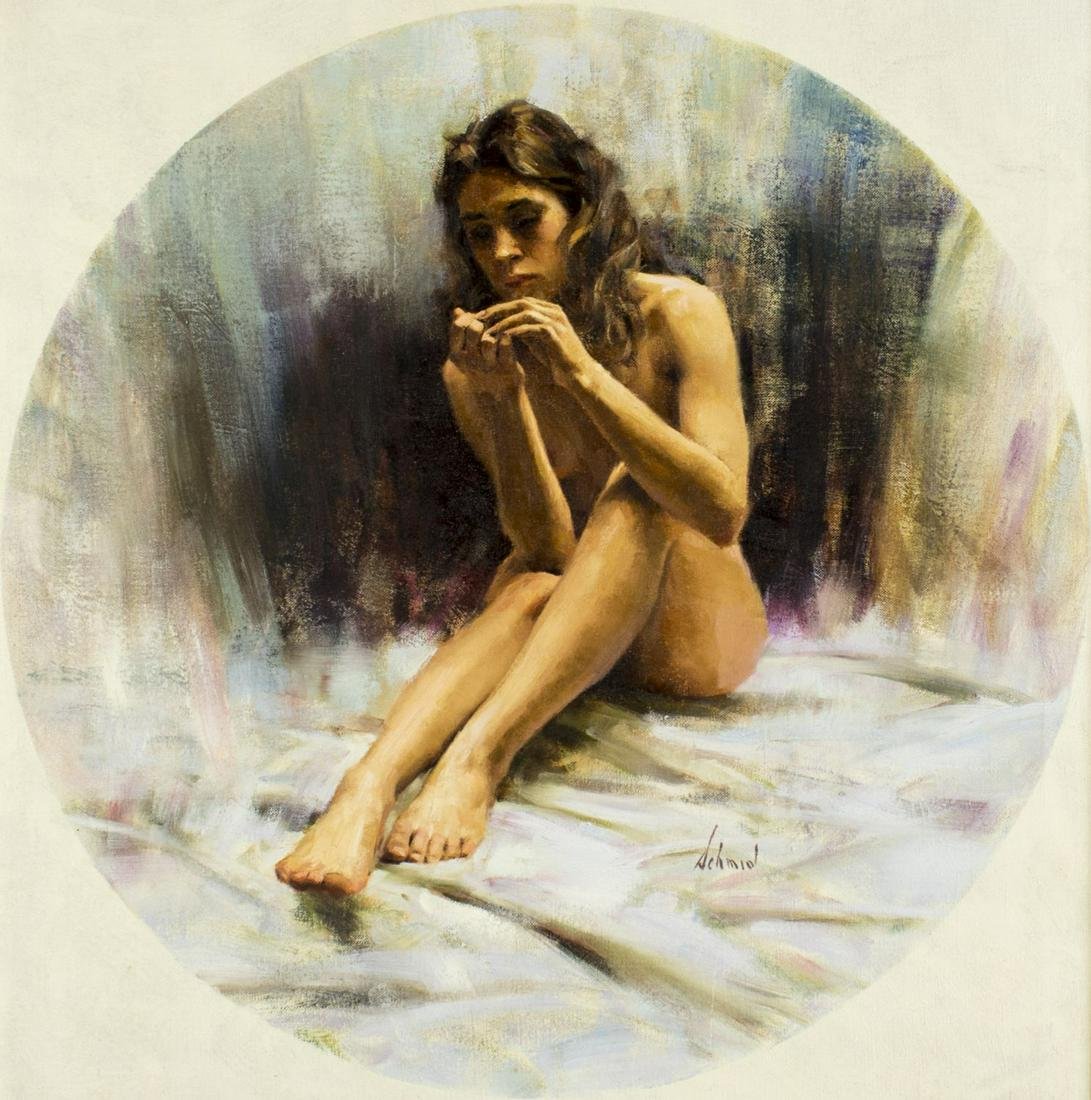 Richard Alan Schmid (Colorado, Vermont, Illinois, 1883 - 1962)
Richard Schmid was born in Chicago, Illinois. His earliest interest in art came from the influence of his grandfather, Julian Oates, an architectural sculptor. Schmid began his art training at age twelve in the Famous Artists Course, with initial studies in landscape painting, figure drawing and anatomy. He continued studying until he was eighteen, when he became a student of classical techniques under William H. Mosby at the American Academy of Art in Chicago.
By this time, Schmid was already selling portraits, landscapes and city scenes on the streets of Chicago. He then served in the military, afterward moving to New York in 1958, where he continued to paint. Three years later, Schmid and his wife, Jan, moved to Connecticut to raise their family. After a brief stay in Florida, Schmid, now divorced, returned to Chicago and joined the Palette and Chisel Academy. He began teaching at the academy, and soon became its president. In 1990, Schmid moved to Colorado, painting and writing.
He began writing about painting in 1970, and produced two best-selling books in their field. His third book, entitled "Alla Prima: Everything I Know About Painting," come out in the late 1990's. Schmid has become involved in art education through his books and articles on painting and by conducting a series of lectures/demonstrations in the United States.
A consummate painter, Schmid traveled and painted extensively throughout the United States, Central and South America, the Caribbean, and parts of Europe. He tries to pass on his philosophy on art through his works, whether written, spoken or painted. "I once asked an audience of university art students what they thought was important when they were painting: making money, showing off, the pleasure of painting? Or do you paint because you want to change a person's mind? Are you making a pitch for beauty or brotherhood, or is painting something you do so you can get close to something more spiritual? I believe there is a certain responsibility that goes along with being born with talent."