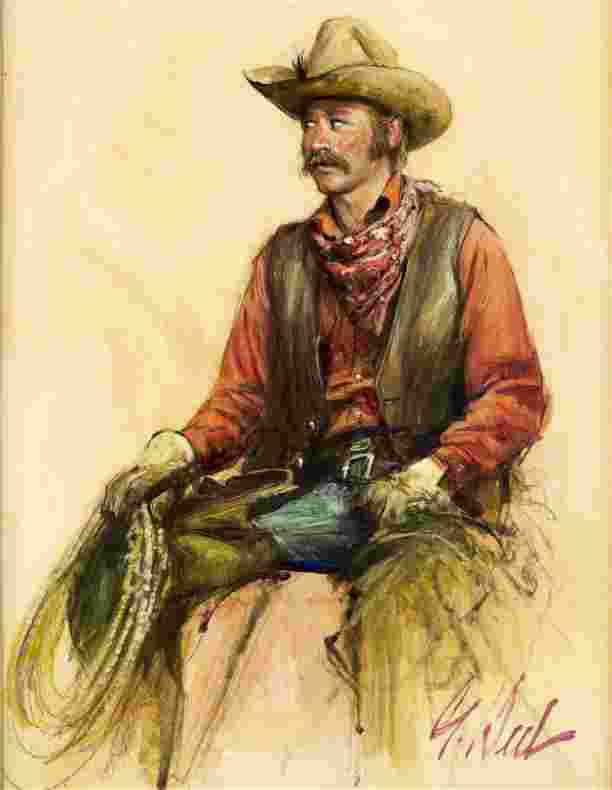 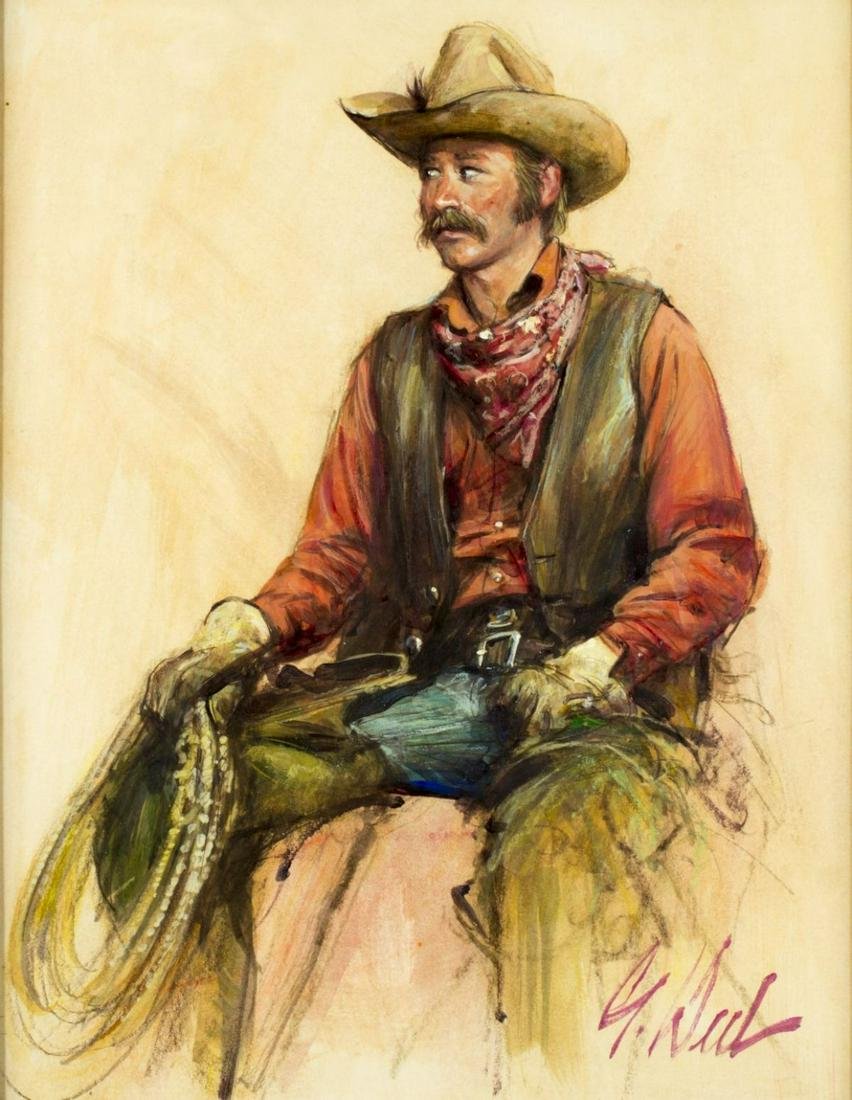 Guy Deel (California, 1933 - 2005)
Telling the story of the West has always been fascinating to Guy Deel, who was the son and grandson of cowboys. His family homesteaded in Texas in 1887. His parents were married in a horse-and-buggy with all the witnesses and guests sitting in buggies outside the church. "Not many artists have a chance to portray the story of our country in epic form seen by millions over who knows how many years, " he told interviewer Carol Lea Clark in a 1988 "Southwest Art" magazine story.
Deel began his 50-year career at 17 working in an animation studio in Dallas. The Art Center College of Design in Los Angeles offered him a scholarship, and he graduated in 1955.
During the 1950's Deel spent two years creating recruiting posters on Governor's Island in New York for the Army. His illustration career began during that period.
He kept very busy doing illustrations for major publications such as "Saturday Evening Post," "Esquire," "Readers' Digest," and "Ladies Home Journal." He also illustrated national advertising campaigns for major agencies in New York and California.
In the early '6Os Deel moved from New York to California, where he continued doing magazine and book illustrations. He also worked as an art director and director in television and film production.
In 1974 Deel began a long association with Walt Disney Studios starting with layout and visual development on "The Rescuers". He also worked in live action as a story board artist, and designed titles for several Disney features during that period.
In 1976 Deel began doing book covers for several paperback publishers including Bantam, Berkley-Jove, and Signet. He has done over 25O book covers for writers such as Elmer Kelton, J. T. Edson and Louis Lamour.
He continued working for Disney during the seventies for four years as a consulting designer and artist on EPCOT. Several of his paintings are still featured at the American Pavilion at EPCOT in Florida. He also worked with Disney Imagineering and the Autry Museum of Western Art conceiving and designing the 138 foot mural for the museum's theme court.
In 1986 and 1987 Deel was the production stylist on 'Oliver and Company". He later worked for two years with Don Bluth Studios in Dublin, Ireland, doing story and visual development for "Thumbelina," and "The Pebble and the Penguin."
Deel returned to Disney Animation in 1993 working on "The Lion King," and later he did visual development work on "Pocahontas," "Fantasia 2OOO," "Dinosaur Project," "Kingdom of the Sun," and "Tarzan".
He lived in Cambria, California, a seaside village on California's Central Coast, with his wife, Lynne. He created a large (7 feet long) painting commissioned by his home town, Irving,Texas, to commemorate the town's 1OOth Anniversary in October, 2OO3. The painting depicts the events of October 9, 19O3 when lots were first sold in Irving.