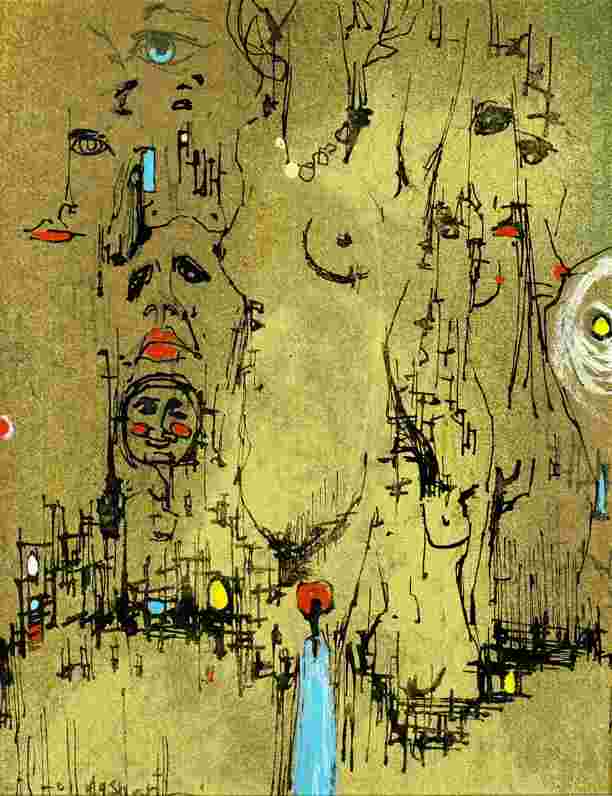 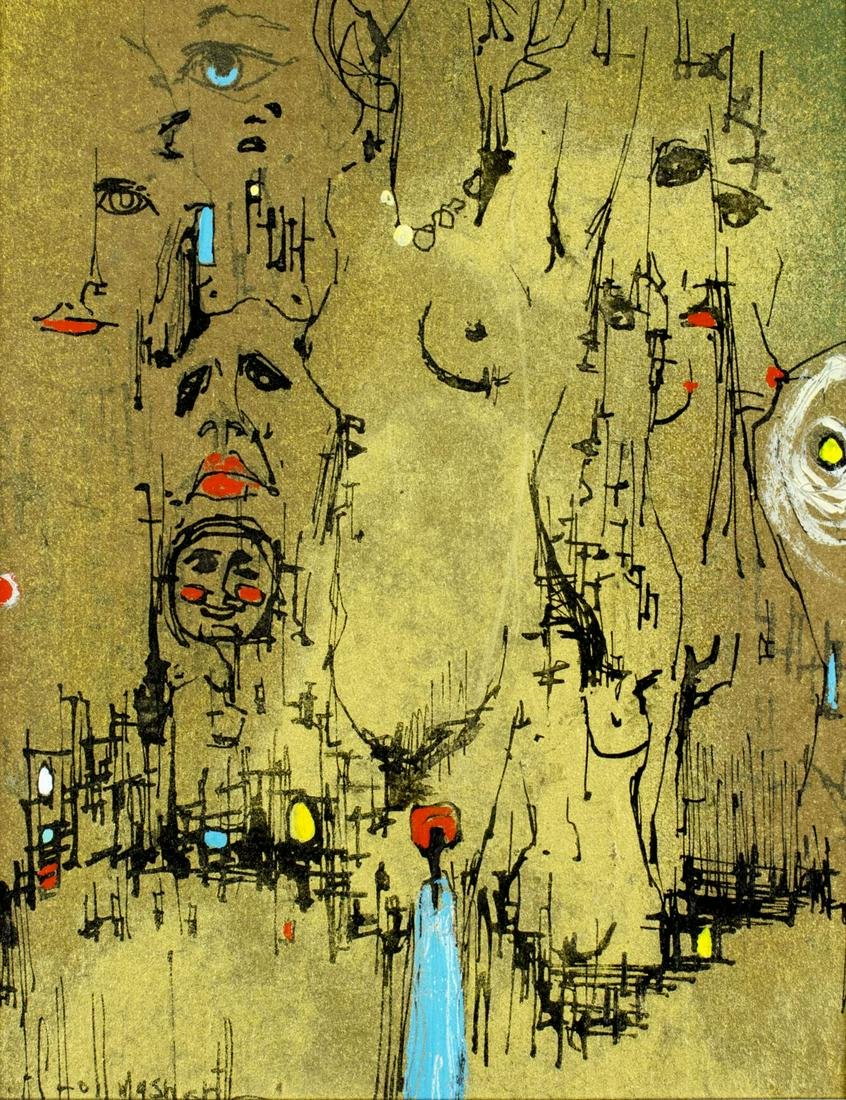 BIOGRAPHY:
Alvin Hollingsworth, comic-strip illustrator and painter, was born in New York City and began drawing at the age of four, and by the time he was twelve, he was an artist assistant at Holyoke Publishing Company for Catman's Comics. A year later he was doing illustrations for Crime Comics.
His paintings dealt with themes of contemporary social issues such as the Civil Rights Movement, women's struggles, spiritual concepts, jazz, city life, time and space and dance. He was also a mural designer, author, poet, and lecturer.
He graduated from the High School of Music and Art in New York City and then graduated Phi Beta Kappa from City College of New York with a fine arts degree. He later did graduate work.
NBC network hired him to tour the East Coast lecturing and demonstrating painting and to host a ten-part series, "You're Part of Art." As a result, he became a widely known figure in the art world.
By 1953, he was creating his own comic strip that was nationally syndicated by the Associated Press in one-hundred forty newspapers. From 1980 until his retirement in 1998, Hollingsworth was a full Professor of Art at Hostos Community College of the City University of New York.