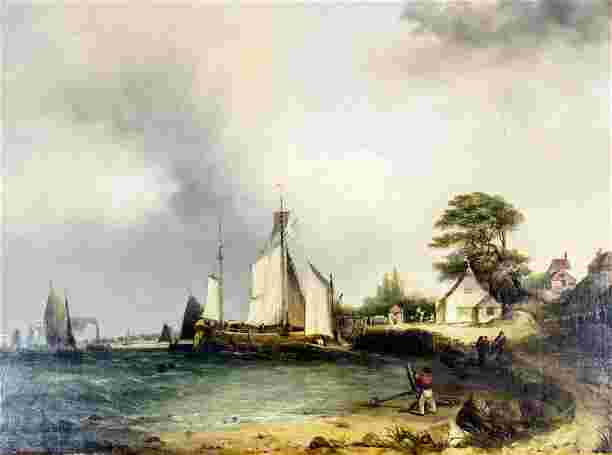 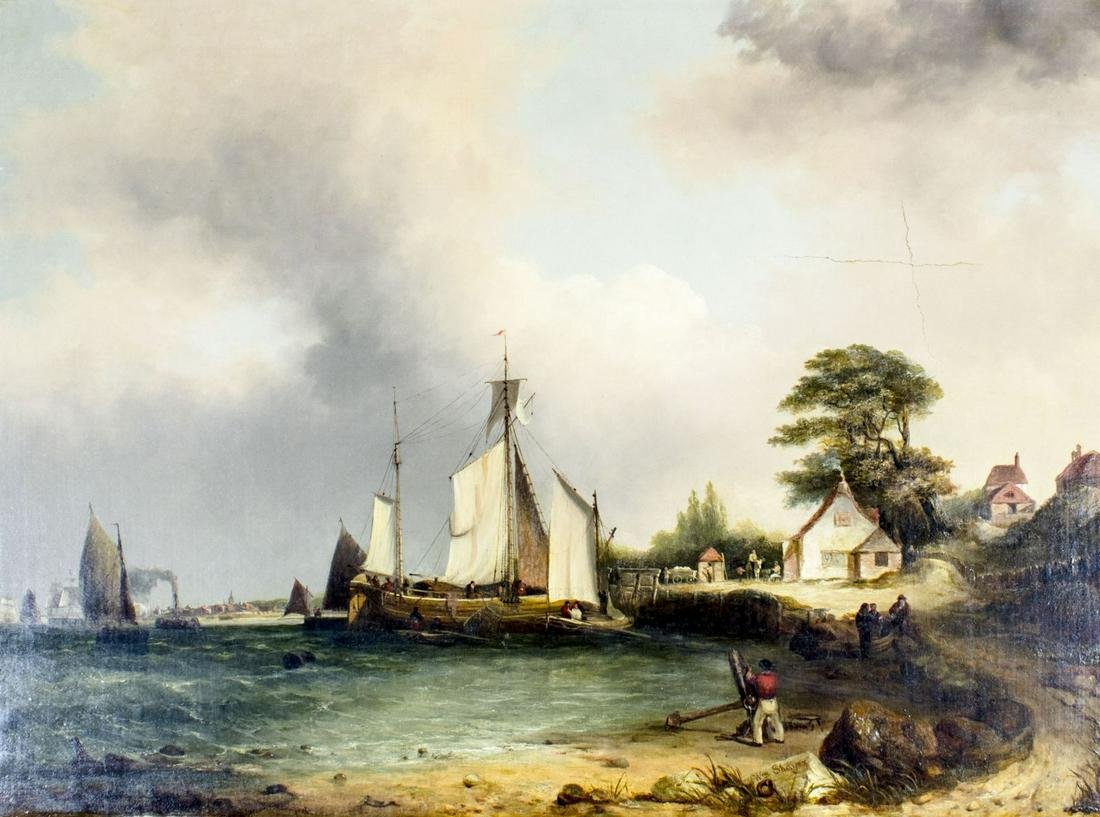 BIOGRAPHY:
William Shayer was a landscape and animal painter. A self-taught artist, he lived in Southampton, and painted mostly in Hampshire and the New Forest. His work falls into two distinct categories; firstly, wooded scenes with gypsies, rustic figures and animals, and secondly, beach or coastal scenes with boats
and fisherfolk. His landscape paintings admirably present an image and spirit of rural life in Southern England.
Shayer first earned his living in Southampton painting decorations on rush bottom chairs. He then moved to Guildford to work as a coach painter. The skill Shayer acquired in the lesser genres provided him with a thorough technical grounding that proved of use to him in his chosen profession of landscape
artist. His career was helped considerably by the patronage of Michael Hoy, a popular and wealthy Southampton merchant, who owned extensive estates. Shayer reputedly chose to live in Shirley because of the beautiful skies that are typical of that locality. His love of the countryside of the South Coast,
which prevented his move to London, is clearly evident in his paintings. He sometimes collaborated with Edward Charles Williams. His son, William J Shayer, was also a painter. Shayer was a remarkably prolific exhibitor. He exhibited two hundred and forty-six paintings in the major London galleries, three
hundred and thirty-eight at the Society of British artists, six at the Royal Academy and eighty-two at the British Institution.

1,964 Followers
Get notifications from your favorite auctioneers.
As Seen On
Shop With Confidence
Since 2002, LiveAuctioneers has made exceptional items available for safe purchase in secure online auctions.
Popular Searches
Artists & Creators
Brands
Style Periods
Origins
Company
Winning
Selling
Â© 2002-2020 LiveAuctioneers. All Rights Reserved.Cookie PolicyTerms & ConditionsPrivacy Policy
This site is protected by reCAPTCHA and the Google Terms of Service and Privacy Policy apply.
BACK TO TOP