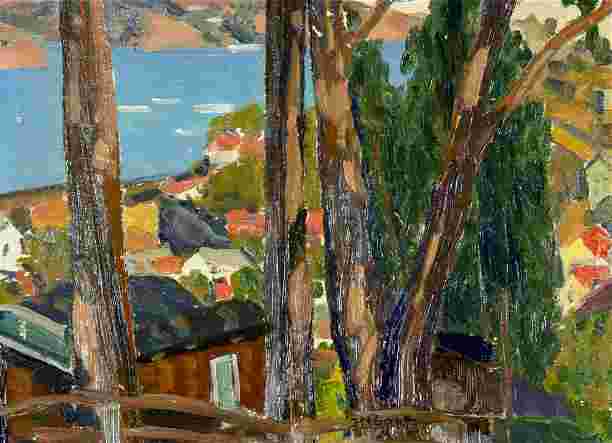 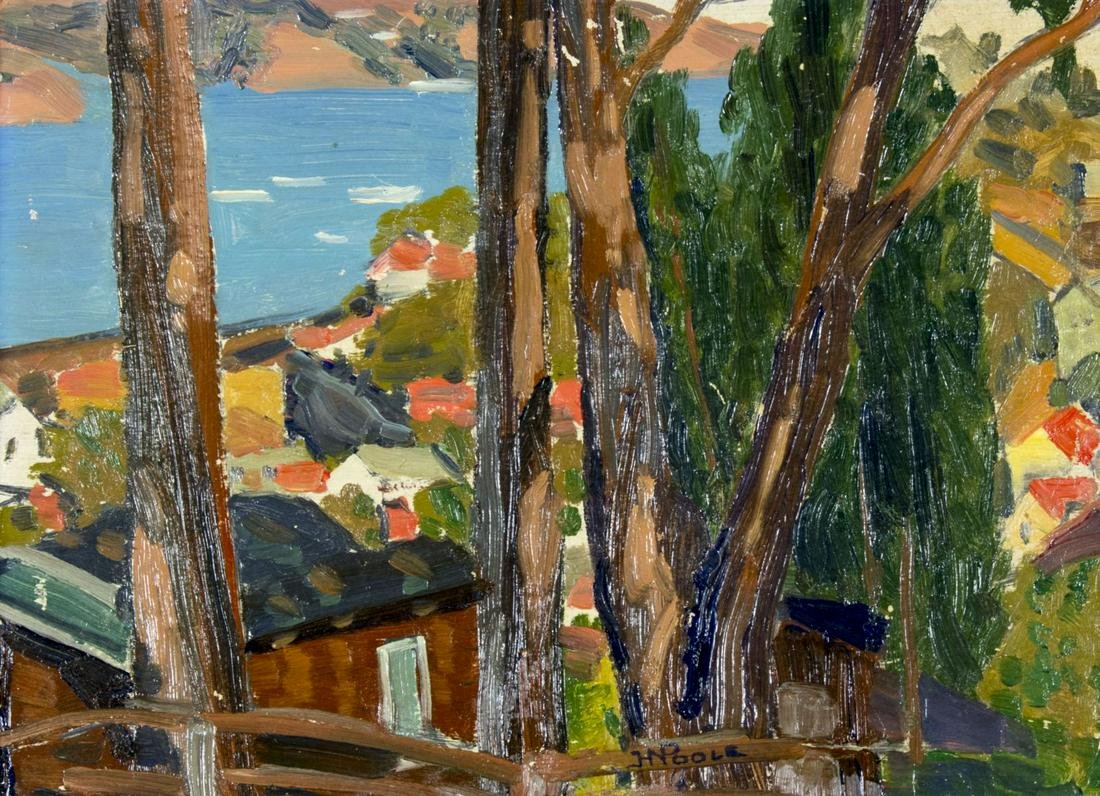 BIOGRAPHY:
Horatio Nelson Poole, painter, muralist, printmaker, and teacher, was born on 16 January 1884 in Haddonfield, New Jersey. When Poole was ten years of age his family moved to Philadelphia where he studied at M Street High School, the School of Industrial Art, and at the Pennsylvania Academy of Fine Arts
where he was a student of Thomas Pollock Anshutz.
Poole moved to Hawaii in 1914 where he worked as a newspaper illustrator for the Pacific Commercial Advertiser and the Honolulu Star-Bulletin. He also earned money with bookplate commissions. He relocated to Northern California in 1921 settling in San Francisco where he was an art instructor at the
California School of Fine Art between 1927 and 1942. Poole also taught across the bay at the University of California Berkeley.
He was a member of the California Society of Etchers and served as its president for three years, the San Francisco Art Association, the Chicago Society of Etchers, and the California Book Plate Society. During the 1930s Poole was a member of the mural division of the WPA Public Works Administration and
completed a twenty-foot mural for the Roosevelt Junior High School in San Francisco.
Poole's work is represented in the Fine Arts Museums of San Francisco, the Honolulu Museum of Art, the Oakland Museum of California, the Portland Art Museum, and the Smithsonian American Art Museum.
Horatio Nelson Poole died in San Francisco, California on 4 July 1949.