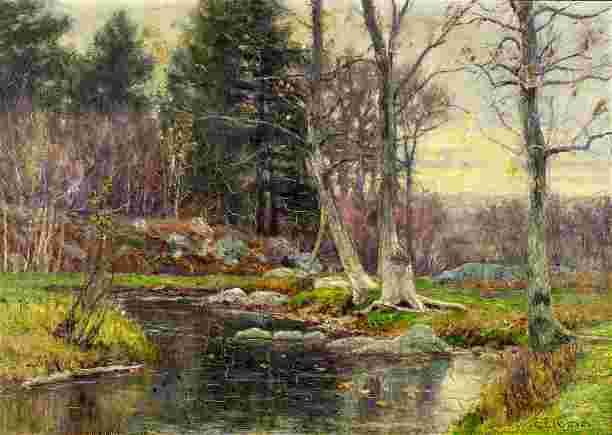 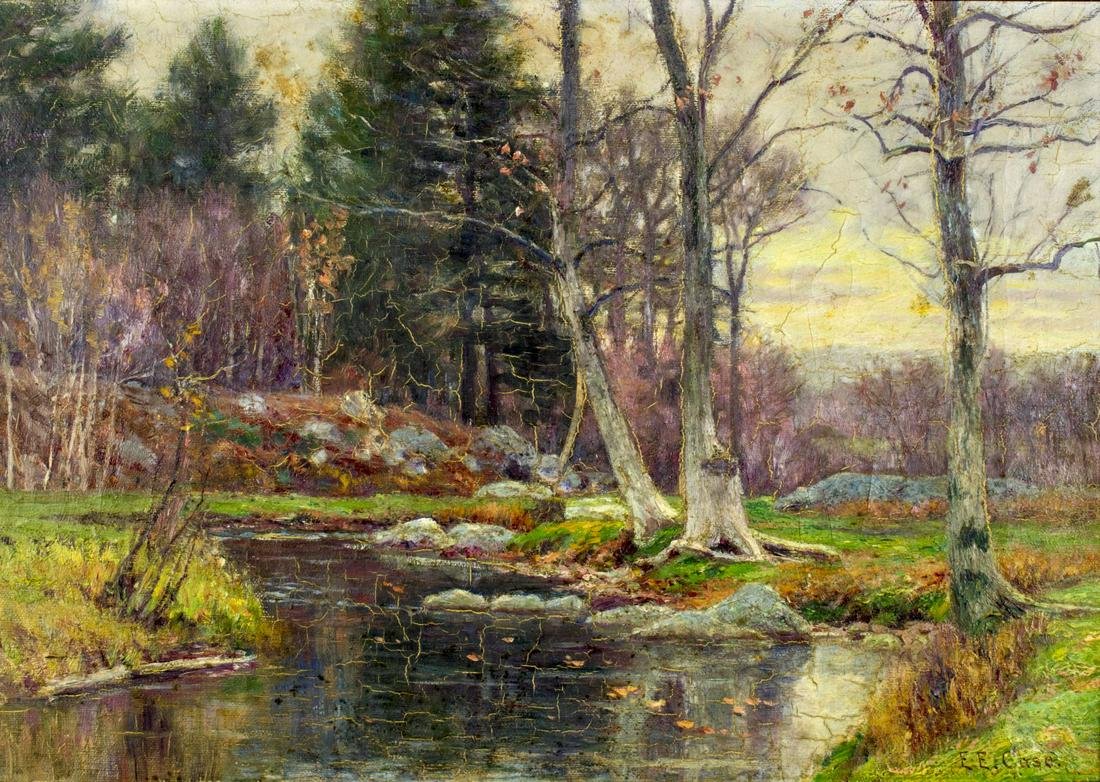 Edmund Elisha Case (Massachusetts, Connecticut, 1844 - 1919)
Edmund Elisha Case, 1844-1919, lived in the Springfield, Massachusetts area most of his life, and painted mainly in New England, from Cape Ann to the Berkshires. Like William Merritt Post in Connecticut, he was especially taken with warm and colorful autumn landscapes, and works of his mature years became quite appealingly Impressionist in their freedom of brushwork and palette.
Case was born in Suffield, Connecticut, and orphaned at an early age, he was raised in Springfield, Massachusetts by his guardian, Mr. Gleason. Case enlisted in the Navy during the Civil War, but his ship was captured at Stony Inlet, South Carolina, and he was held at Libby Prison for several months before being exchanged back north.
He then studied at the National Academy of Design in New York and with Joseph O Eaton in his studio, probably in 1864-65, and in Paris with Bouguereau and Fleury probably in 1874-75. He exhibited with the National Academy in the years 1881 through 1892.
While abroad he also painted in Holland, Italy, and England, and on his return he established his studio in Springfield, Massachusetts on Main Street, and kept this location until the year of his death.
He was adept at still-life paintings as well as landscapes, and the Springfield Museum of Fine Art has excellent examples of both -- "Woodcocks" (date not given) and "Early Spring, 1912" painted at the bend of Westfield River just north of Veteran's Bridge.