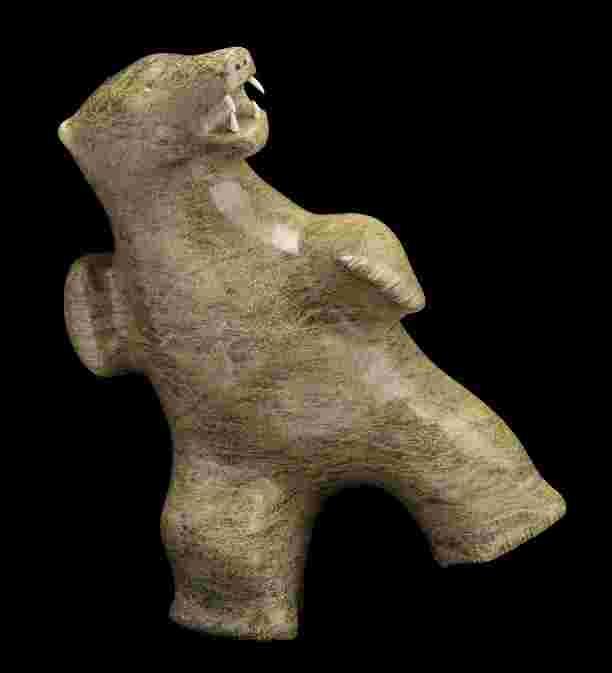 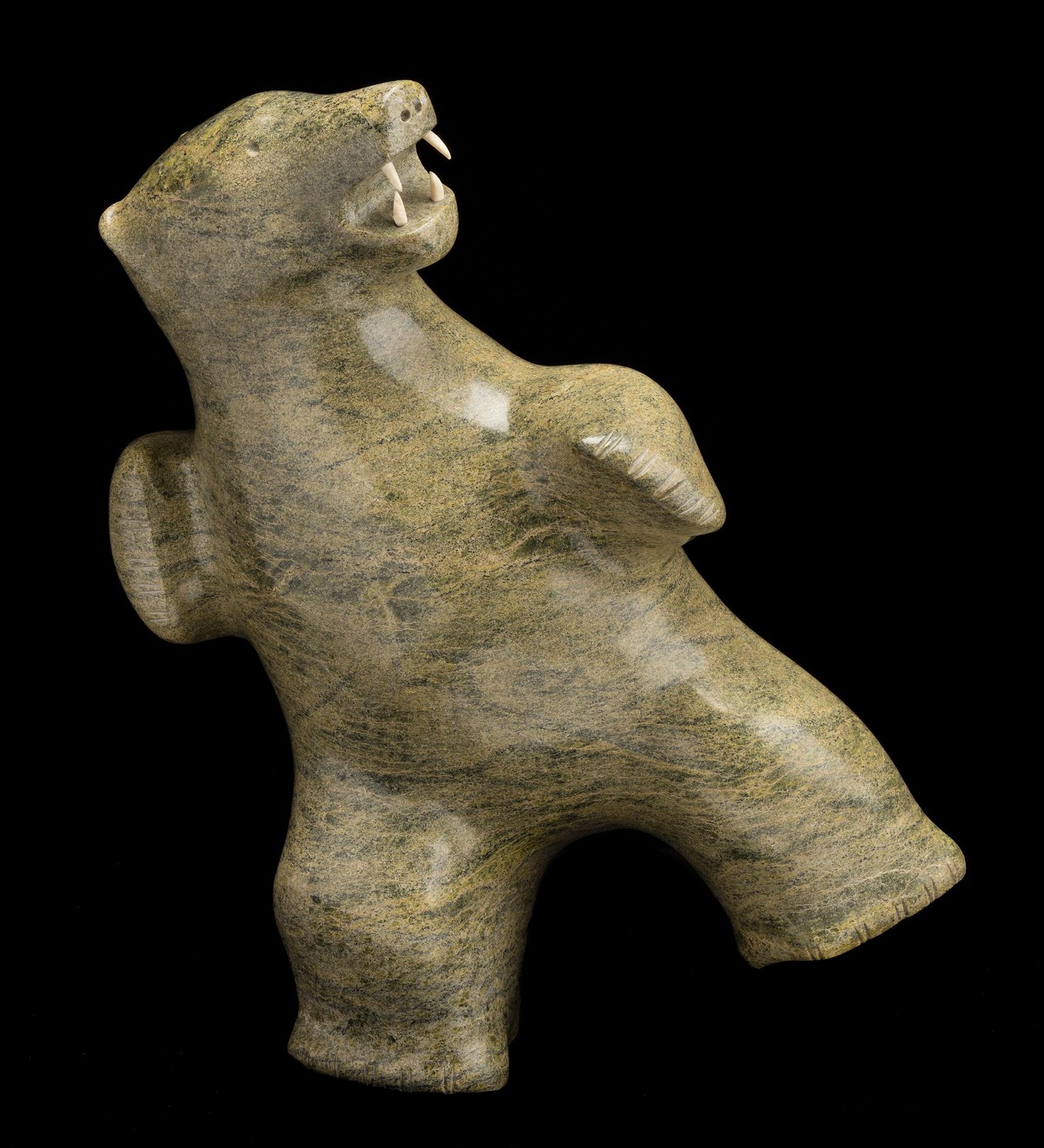 by descent to the Current Owner.

Pauta Saila was considered something of a "bear whisperer." Pauta respected and loved bears but apparently did not fear them, nor they him; there is a famous story in Cape Dorset about the elderly Pauta feeding a polar bear that had wandered into town. For Pauta, carving polar bears was practically a vocation; he poured his heart and soul into his art, and it showed in his work.

I like to carve what I feel, not merely what I see. It is the feeling that goes along with whatever one is doing… I think and feel that the bear has a spirit to be put into the carving [1].

Pauta was dedicated not only to his art but also to his craft. He did not take short cuts, but worked slowly, steadily and conscientiously:

I like to use axes when they are properly sharpened. I don't like using grinders because they tend to take away too much of the stone. Then I use rasps, followed by files - always working towards finer and finer tools. I file only forward, not back and forth, just one stroke at a time [2].

Astonishingly, this magnificent bear was carved when Pauta was about seventy-five years old. We are amazed that he could even lift the stone let alone carve it to perfection and breathe life into it. Pauta would carve steadily for more than another decade, but we are not sure how many large, important pieces he produced beyond this one.

102 Followers
Get notifications from your favorite auctioneers.
As Seen On
Shop With Confidence
Since 2002, LiveAuctioneers has made exceptional items available for safe purchase in secure online auctions.
Popular Searches
Artists & Creators
Brands
Style Periods
Origins
Company
Winning
Selling
Â© 2002-2020 LiveAuctioneers. All Rights Reserved.Cookie PolicyTerms & ConditionsPrivacy Policy
This site is protected by reCAPTCHA and the Google Terms of Service and Privacy Policy apply.
BACK TO TOP