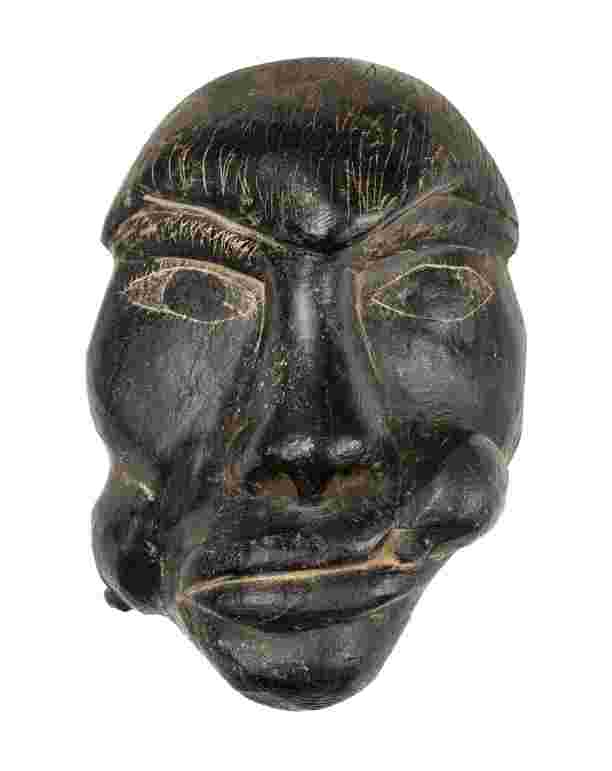 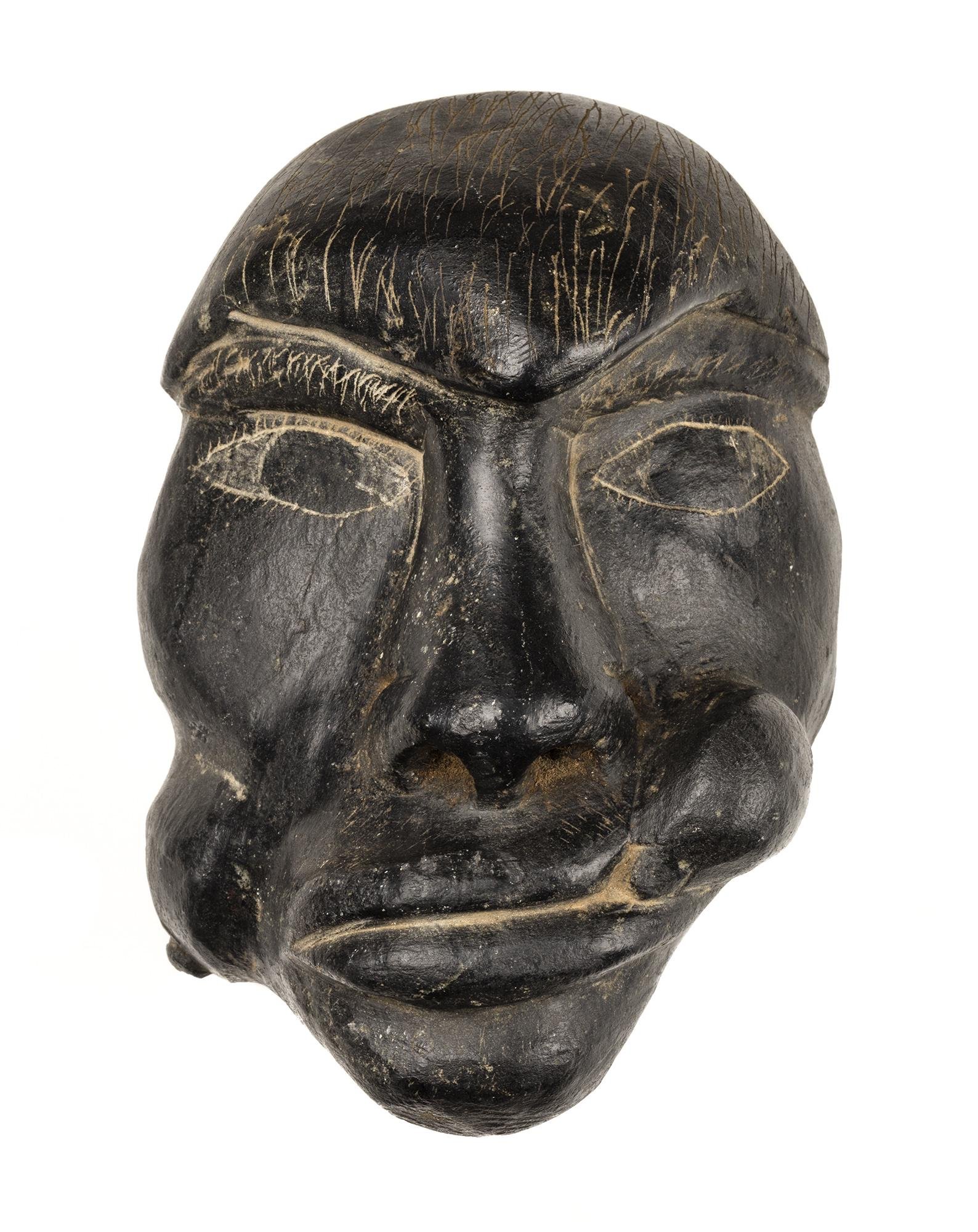 signed "DEVIDEA" and inscribed by the artist "SCP" [1].

Katjutajuk was a mischievous and even malevolent female spirit creature that haunted empty igloos and sometimes devoured unlucky trespassers. Fantastical in aspect, she lacked a torso and limbs and is usually described as having only a large head and feet, with breasts sprouting on her cheeks. Katjutajuk is quite similar in appearance to, and sometimes confused with, another creature called Tunnituarruk, who is depicted as tattooed and with a vulva on her chin. It is also possible that Davidialuk took artistic license with his many depictions of these spirits, mixing and matching their features.

This astonishing depiction has a decidedly distorted visage and is also rather more masculine looking that the artist's typical versions. The artist actually did portray a male version in a surprisingly charming drawing of a Katjutajuk family from the early 1970s [2].  Davidialuk's trademark scratchy incised details are particularly bold and expressive in this compelling image of a Katjutajuk creature.

1. The Société Coopérative de Povungnituk was formed by local sculptors in 1960, replacing the older Povungnituk Sculptor's Society which had been formed in 1958. Members including Davidialuk sometimes inscribed the initials "S.C.P." to their carvings in the early years of the co-op.

References: Most of Davidialuk's depictions of Katjutajuk are rather "prettier" than this grotesque example. See George Swinton, Sculpture of the Inuit (M&S, 1972/92), figs. 129 and 370. For a more rustic but still quite beautiful example see Darlene Coward Wight, The First Passionate Collector (Winnipeg Art Gallery, 1990), cat. 65.