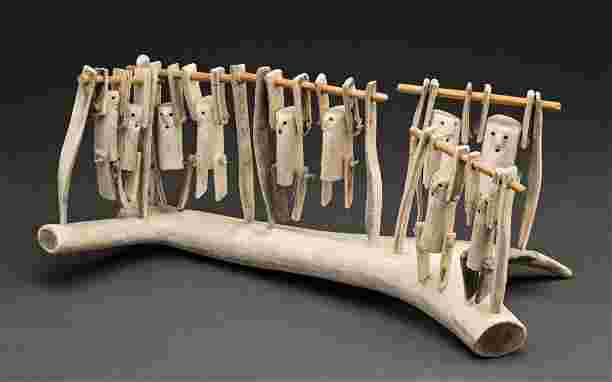 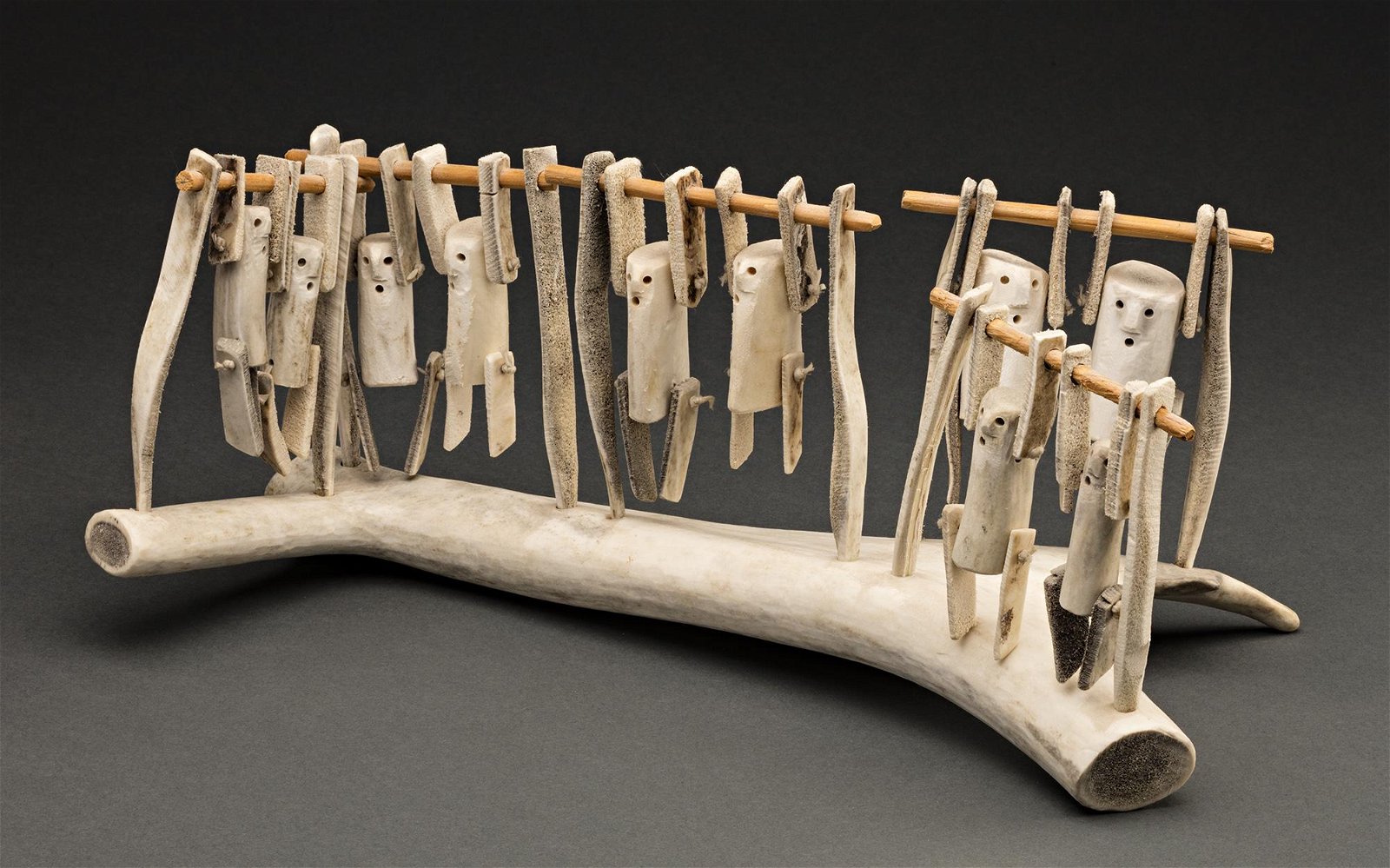 It is possible that Luke Anowtalik did not invent the antler swivelling acrobat imagery but he certainly made it famous. We know that he was creating very similar works as early as 1971-72 (see reference), and he carved them in both large and small configurations until almost the end of his life.

83 Followers
Get notifications from your favorite auctioneers.
As Seen On
Shop With Confidence
Since 2002, LiveAuctioneers has made exceptional items available for safe purchase in secure online auctions.
Popular Searches
Artists & Creators
Brands
Style Periods
Origins
Company
Winning
Selling
© 2002-2020 LiveAuctioneers. All Rights Reserved.Cookie PolicyTerms & ConditionsPrivacy Policy
This site is protected by reCAPTCHA and the Google Terms of Service and Privacy Policy apply.
BACK TO TOP