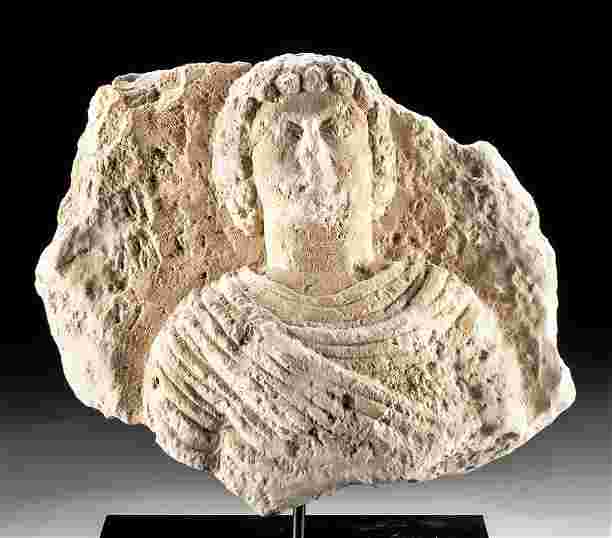 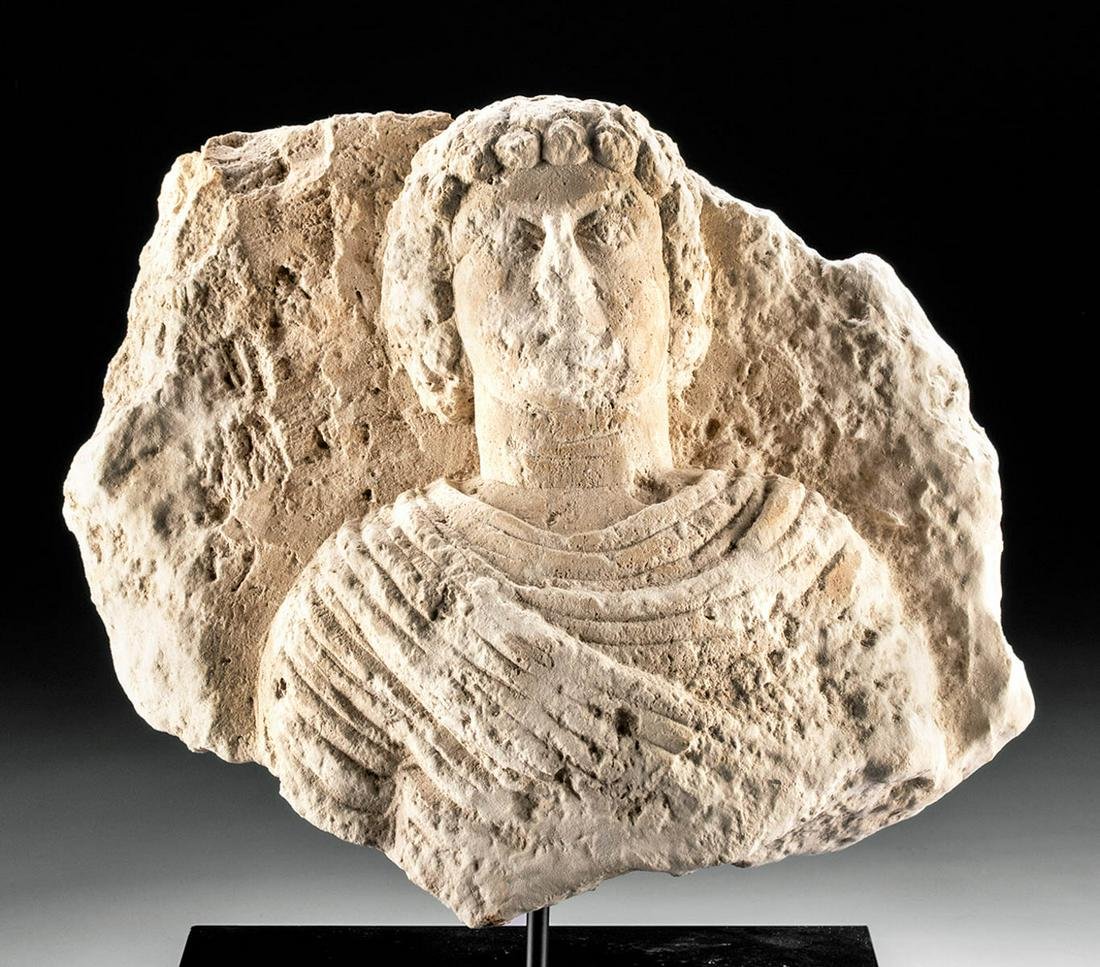 Ancient Near East, Palmyra, ca. 2nd to 3rd century CE. Carved in low to high relief from a single block of limestone, a very attractive bust of a young male figure draped in a toga-like garment. His visage is skillfully delineated with prominent almond-shaped eyes gently dipping at the inner canthi and detailed with generous lids, irises, and pupils, arched brows above, an aquiline yet naturalistic nose (albeit showing some loss), a closed mouth with full lips, delicately rendered facial planes, and a chiseled chin and jawline rising from his elegant neck. Contributing to the man's beauty is a full head of corkscrew curls that neatly frame his visage. Size: 10.5" W x 10.625" H (26.7 cm x 27 cm); 11.5" H (29.2 cm) on included custom stand.

A distinct regional version of Roman funerary busts emerged in Palmyra. The figures and their elaborate ornamentation exemplified an attractive fusion of Western and Eastern influences. Palmyrene sculpture was made from a stone that is largely nonreflective - usually limestone as we see in this example; however, the ancient Palmyrene sculptors excelled at sharp, angular chisel work that resulted in strong patterns which made for dramatic silhouettes and shadows. Just imagine this piece in its dark, shadowy tomb environment - lit by candlelight so that its intricate surface patterns would come to life as it were, the smooth facial contours contrasting with the darkness surrounding it - quite a vision indeed!