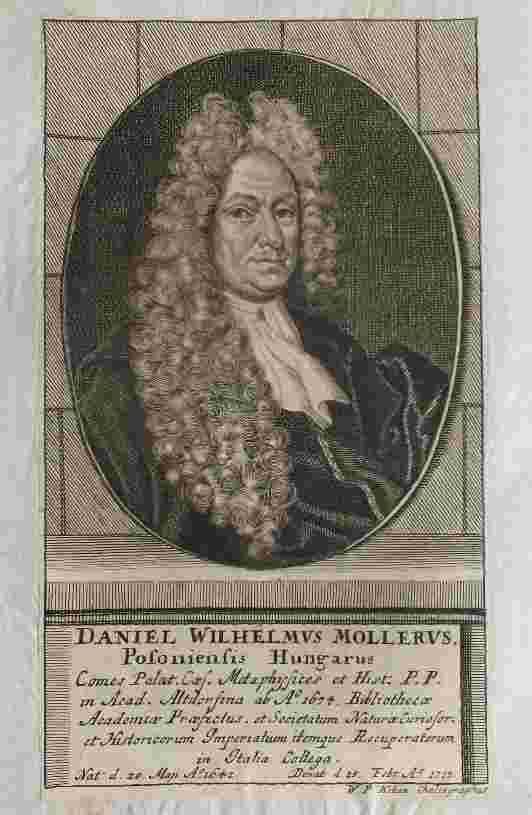 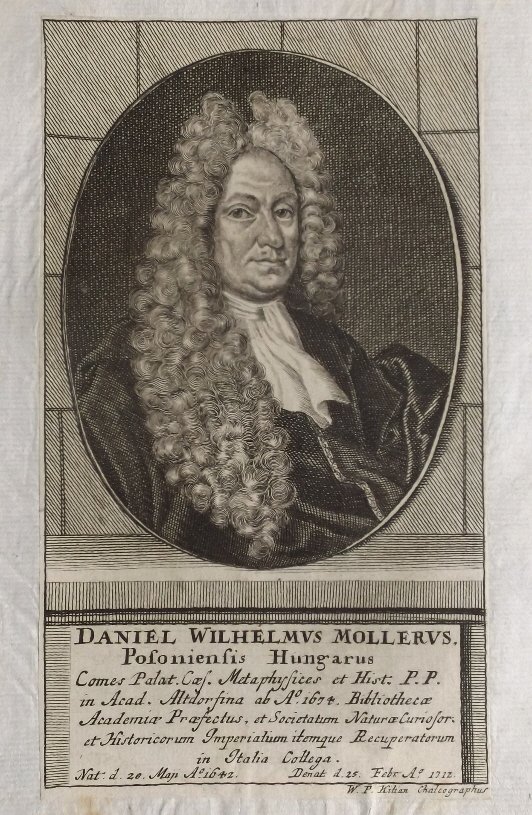 Some plates in the collection of British Museum are signed in plate "Jo.W.P. Kilian", which suggests that the brothers Johann and Wolfgang created these plates together. [Johann Wolfgang Kilian is not listed as the member of Kilian engraver dynasty in the Bavarian Staatsbibliothek.]

In Saxony, he entered the University of Leipzig. In 1661 he transferred to the University of Wittenberg. The records confirm that he lived in the house of Johann Andreas Quenstedt, Wittenberg. He specialized on philosophical and theological studies. In October 1662, he acquired the academic degree of Master of Philosophy and was appointed the poet laureate.

In 1663 he traveled to Holland, England, Silesia, Prussia and Poland and arrived in 1664 at the University of Strasbourg, where he continued his theological studies. Here, he met, among others, Johann Conrad Dannhauer , Balthasar Bebel and Balthasar Scheidt (1614-1670). he also learned the French language. He lectured at the Strasbourg University. He travel to Switzerland, France and Italy. In 1670, Moller returned to Pressburg, Hungary and in 1671 he became a substitute rektor at the high school in his hometown.

In 1674, he became professor of history and metaphysics at the Nuremberg University. Moller also held the office of the librarian at Wagenseil University of Altdorf, and was in close contact with Philipp Jacob Spener. In 1693 Emperor Leopold appointed him to the Accademia dei Ricovrati (Societas Recuperatorum) in Padua. He also became a member of the German Academy of Sciences, he also was inducted into the society of the Empire historians. Moller participated in the organizational tasks at the Altdorf University, was twice rector of the Alma Mater and ten times Dean of the Faculty of Arts.