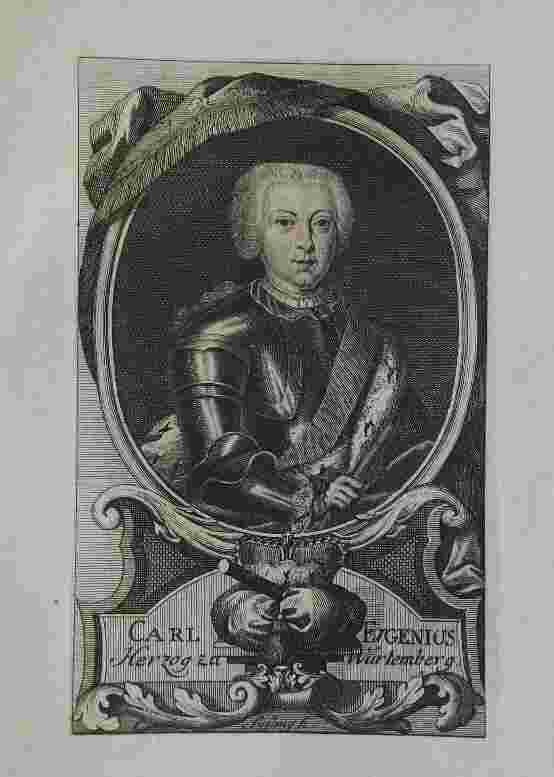 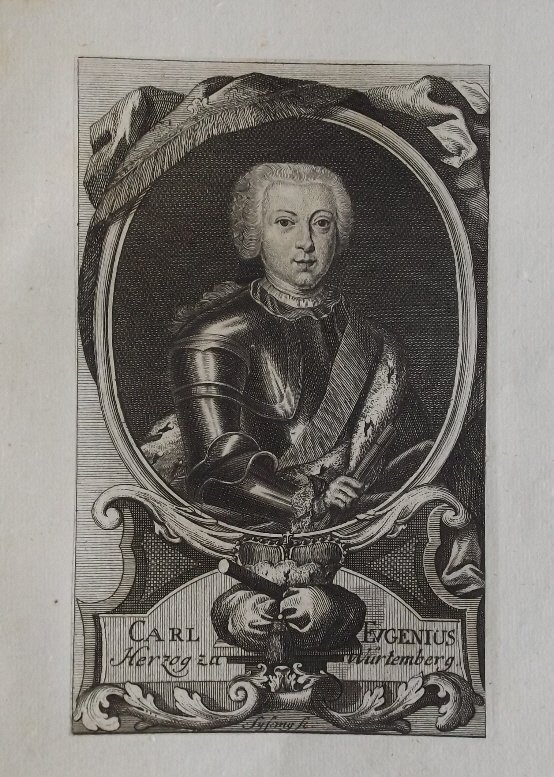 Bryan's Dictionary, 1865, 782.
Thieme-Becker, XXXII, 367-68.
Several engravings by Sysang are present in the museum collections. The British Museum lists 55 of his works in its collection.

Born in Brussels, he succeeded his father as ruler of Wurttemberg at the age of 9, but the real power was in the hands of Administrators Carl Rudolf, Duke of Wurttemberg-Neuenstadt (1737-1738) and Carl Frederick von Wurttemberg-Oels (1738-1746).Charles Eugene was educated at the court of Frederick II of Prussia. In the Seven Years' War against Prussia, Charles Eugene advanced into Saxony. He ruled until his death in 1793. He was an early patron of Friedrich Schiller. In 1765, Charles Eugene founded a public library in Ludwigsburg (now the Wurttembergische Landesbibliothek, Stuttgart) and was responsible for the construction of a number of other key palaces and buildings in the area including the New Palace which still stands at the center of the Schlossplatz, Castle Solitude and Castle Hohenheim.