Panorama of Firemen at the PPIE
See Sold Price 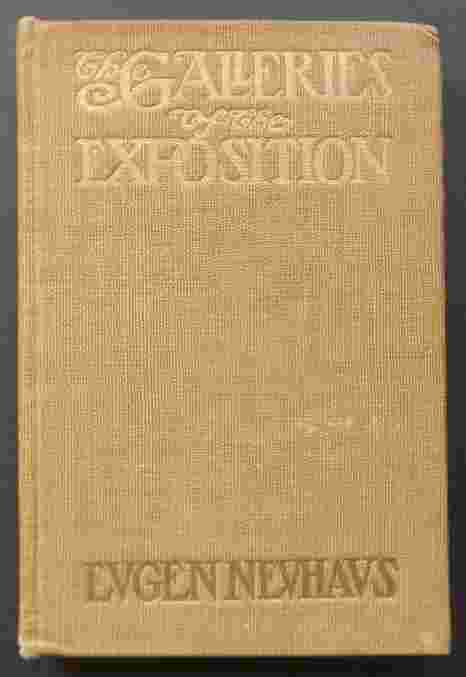 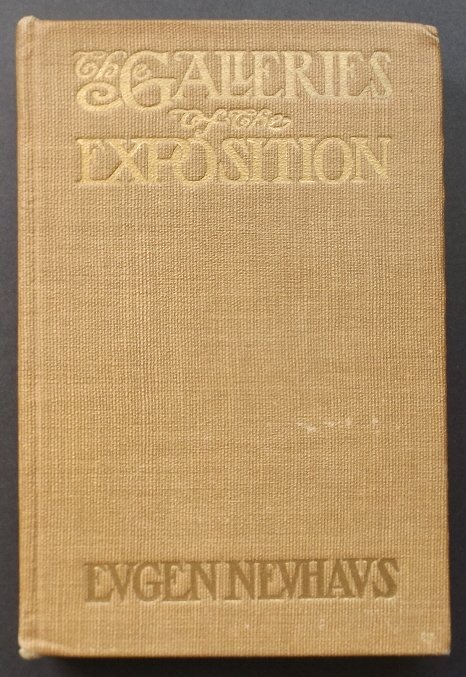 "The Galleries of the Exposition: A Critical Review of the Paintings, Statuary and the Graphic Arts in The Palace of Fine Arts at the Panama-Pacific International Exposition", by Eugen Neuhaus, published by Paul Elder and Company, San Francisco, 1915, First Edition, first printing [July 1915], illustrated.

The Panama-Pacific International Exposition was a world's fair held in San Francisco, California, United States, from February 20 to December 4, 1915. Hosted to celebrate the completion of the Panama Canal, and the 400th Anniversary of the discovery of the Pacific Ocean by the explorer Balboa. The occasion was also a celebration of the city's recovery from the 1906 earthquake and fire. the Panama-Pacific International Exposition reflected the ascendancy of the United States to the world stage and was a milestone in San Francisco history. The Palace of Fine Arts is the only structure from the fair today that remains on the old fair grounds.

One of the many lasting effects of the 1915 Exposition was the recognition, both international and national, it brought to artists and their work, and specifically to art activities in California. For the first time, visitors could see a representative exhibition of modern art from all the art centers of the world. In particular, they were exposed to the Impressionists and their use of color, spontaneity, and disregard for rigid scholastics. The stage was set, and seeds were sown for the development of American-style Impressionism, fauvism, expressionism, and all that was to follow.

For the display of artwork, there were galleries for the United States and foreign countries including England, Norway, Chili, Spain, Austria-Hungary, the Philippines, and the Netherlands. Countries such as France exhibited in the International Section, as did the Italian Futurists. During the year following the Exposition, from January 1 to May 1, 1916, the San Francisco Art Association and the San Francisco Institute of Art continued to exhibit the Exposition's art in the Palace of Fine Arts. For California artists, the Exposition was to make a strong statement of recognition.

Eugen Neuhaus (1879-1963) was a German painter, who immigrated to San Francisco in 1904. When the 1906 earthquake destroyed his studio and home, Neuhaus moved to the Monterey area. Neuhaus' greatest impact on California art was as a lecturer, author and teacher.