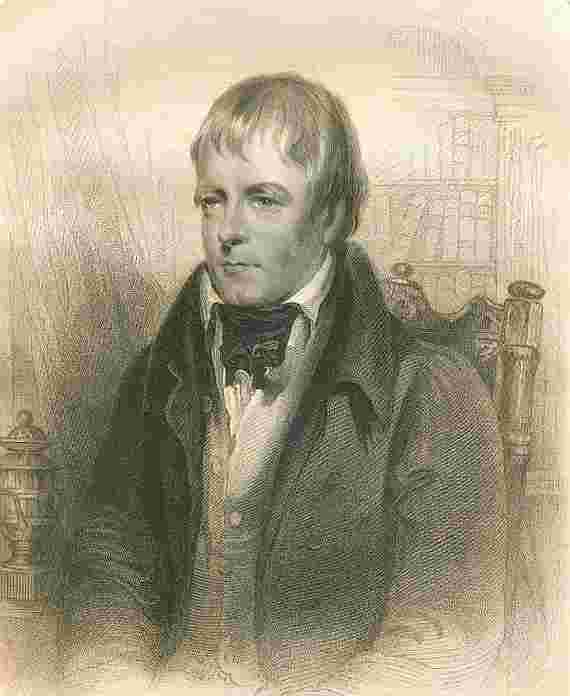 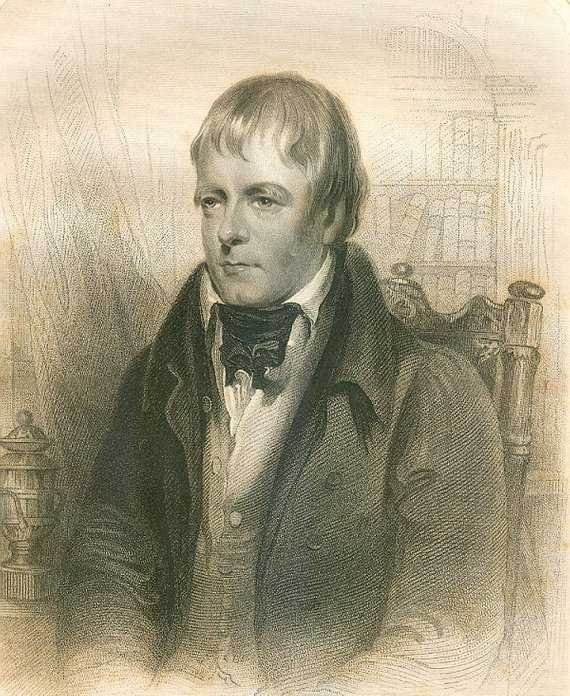 Scott's novels and poetry are still read, and many of his works remain classics of both English-language literature and of Scottish literature. Famous titles include "Ivanhoe", "Rob Roy", "Old Mortality", "The Lady of the Lake", "Waverley", "The Heart of Midlothian" and "The Bride of Lammermoor".

John Henry Robinson (1796-1871) was an English line engraver. He was born at Bolton, Lancashire and was brought up in Staffordshire. At the age of 18 he became a pupil of James Heath, for about two years.

Robinson was one of the nine eminent engravers who, in 1836, petitioned the House of Commons on the state engraving in this country, and who with others in 1837, addressed a petition to the king asking for the admission of engravers to the highest rank in the Royal Academy: which was not conceded until some years later. In 1856, Robinson was elected an "associate engraver of the new class", and in the following year missed election as a full member only by the casting vote of Sir Charles Eastlake, which was given to George Thomas Doo; on the retirement of the latter in 1867 he was elected a royal academician.

Robinson received a first-class gold medal at the Paris International Exhibition of 1855. He died at New Grove, Petworth, Sussex on 21 October 1871. He was a justice of the peace for the county of Sussex and an honorary member of the Imperial Academy of the Fine Arts at St.Petersburg.

Sir John Watson Gordon RA PRSA (1788-1864) was a Scottish portrait painter and a president of the Royal Scottish Academy.

He was born in Edinburgh, the eldest son of Captain Watson, R.N., a cadet of the family of Watson of Overmains, in the county of Berwick. He was educated specially with a view to joining the Royal Engineers. He entered as a student in the government school of design, under the management of the Board of Manufactures. He showed a natural aptitude for art, and his father was persuaded to allow him to adopt it as his profession. Captain Watson was himself a skillful draughtsman, and his brother George Watson, afterwards president of the Royal Scottish Academy, was a highly respected portrait painter, second only to Sir Henry Raeburn, who was also a friend of the family.

In 1808, John exhibited a picture "The Lay of the Last Minstrel" at the Lyceum in Nicolson Street, Edinburgh - the first public exhibition of paintings in that city. After the death of Sir Henry Raeburn in 1823, he succeeded to much of his practice. He assumed in 1826 the name of Gordon.One of the earliest of his famous sitters was Sir Walter Scott, who sat for a first portrait in 1820.

Gordon was one of the earlier members of the Royal Scottish Academy, and was elected' its president in 1850; he was at the same time appointed limner for Scotland to the queen, and received the honour of knighthood. Since 1841 he had been an associate of the Royal Academy, and in 1851 he was elected a royal academician.

727 Followers
Get notifications from your favorite auctioneers.
As Seen On
Shop With Confidence
Since 2002, LiveAuctioneers has made exceptional items available for safe purchase in secure online auctions.
Popular Searches
Artists & Creators
Brands
Style Periods
Origins
Company
Winning
Selling
Â© 2002-2020 LiveAuctioneers. All Rights Reserved.Cookie PolicyTerms & ConditionsPrivacy Policy
This site is protected by reCAPTCHA and the Google Terms of Service and Privacy Policy apply.
BACK TO TOP