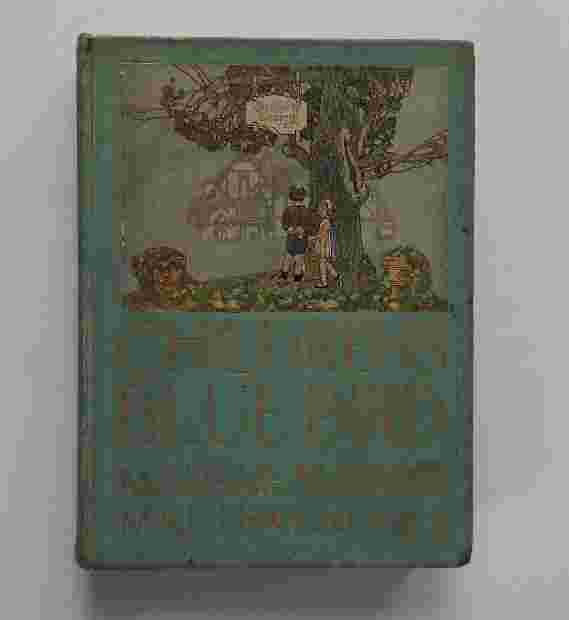 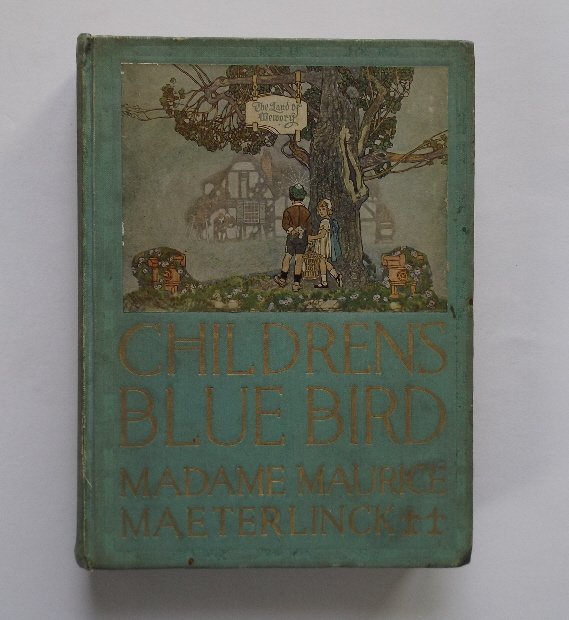 Points of the first printing: "1913" is imprinted on the title page with "Published, October, 1913" on the copyright page without any other printings mentioned; color frontispiece; 182 pages, large print + 18 gray scale plates on glossy paper [all listed plates are present].

"True happiness lies in simple things, particularly in the warmth of family love."

"The children's Blue Bird, the book by Georgette Leblanc has been selected by scholars as being culturally important, and is part of the knowledge base of civilization as we know it."

Herbert A. Paus (1880-1946, New York), American illustrator. Primarily a water-colorist, Paus used oils on occasion. He was also expert at pencils and inks.

Herbert Paus was a native of Minneapolis and got his first job as a cartoonist for the 'St.Paul Pioneer Press'. Ambitious to become an illustrator, he enrolled in the Fine Arts School there, later found employment in a Chicago art studio. Eventually he moved to New York where he became a free lance illustrator. Paus had a strong sense of design, ideally suited to the many effective posters he painted during World War I. This approach, combined with a striking use of color, was carried over into his magazine illustrations and cover designs.

Paus painted for such advertisers as Victor Recors, Hart Schaffner and Marx, and for several years was under exclusive contract to do all the covers for 'Popular Science Monthly'. Herbert Paus was at his most effective depicting subjects that were, in one way or another, larger than life. The Work he produced during World War I was essentially a precursor to his stunning advertisements and poster-like magazine covers. The strong visual impact of his more graphic designs was balanced by his ability to wield fine detail in decorative headings for magazine stories and works of fiction for youngsters.

Maurice Polydore Marie Bernard Maeterlinck (1862-1949), also known as Count (or Comte) Maeterlinck from 1932, was a Belgian playwright, poet, and essayist who was Flemish but wrote in French. He was awarded the Nobel Prize in Literature in 1911 "in appreciation of his many-sided literary activities, and especially of his dramatic works, which are distinguished by a wealth of imagination and by a poetic fancy, which reveals, sometimes in the guise of a fairy tale, a deep inspiration, while in a mysterious way they appeal to the readers' own feelings and stimulate their imaginations". The main themes in his work are death and the meaning of life. He was a leading member of La Jeune Belgique group and his plays form an important part of the Symbolist movement.