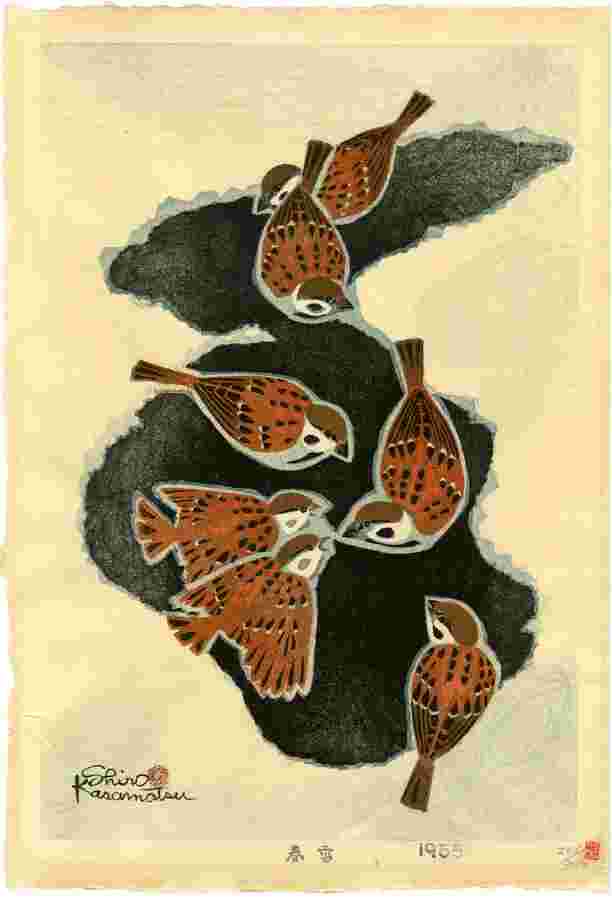 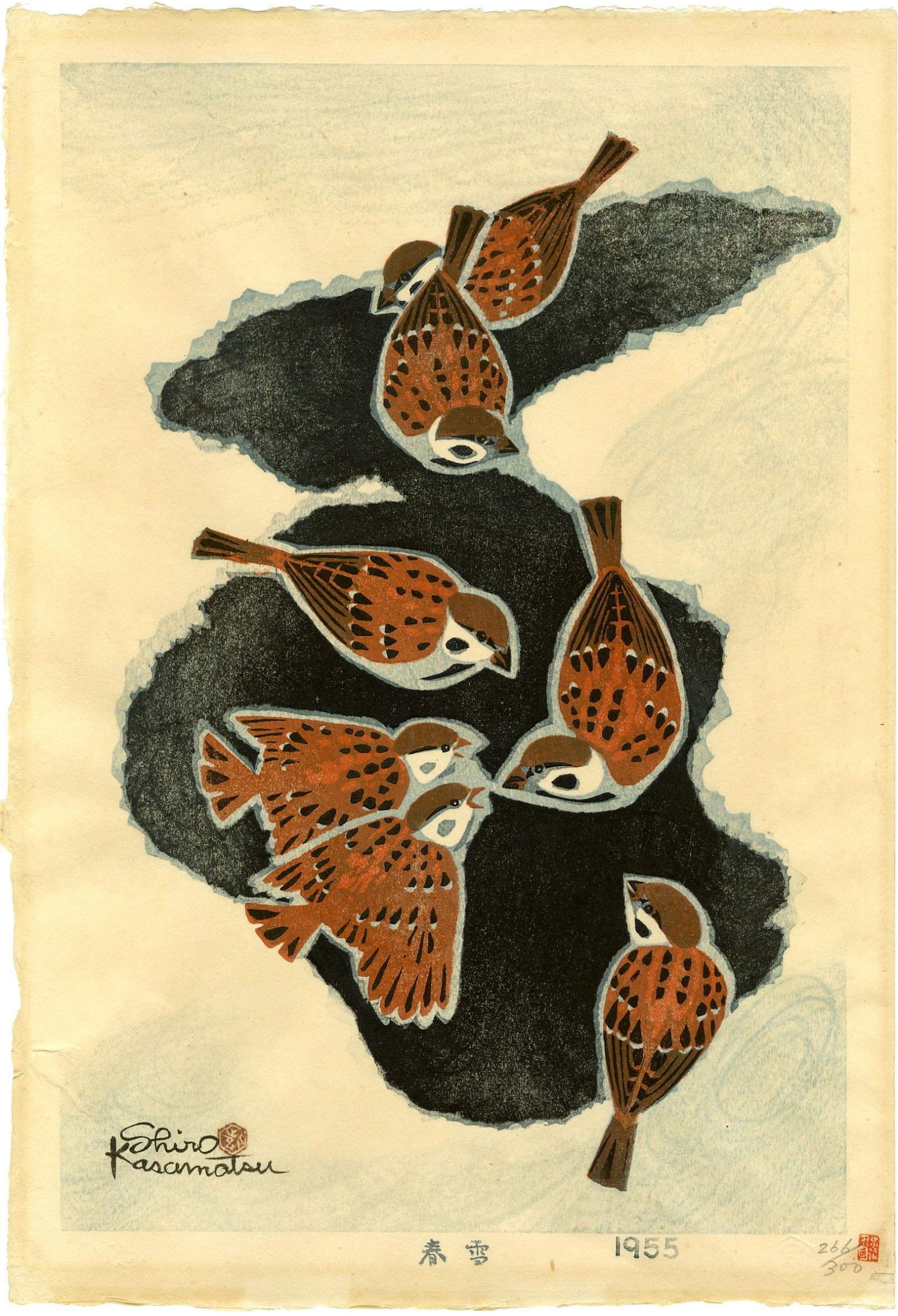 SHIRO KASAMATSU (1898-1991) was born in the Asakusa section of Tokyo to a middle class family, and started his art studies at a young age. In 1911 he became a student of Kaburagi Kiyokata, a master of the bijin-ga genre. Shiro studied Japanese style painting (Nihonga) but unlike his teacher, he concentrated on landscapes. Kiyokata chose his artist's name "Shiro", which used the character shi from one of Kiyokata's own pseudonyms and was conveniently an alternate spelling of Kasamatsu's given name.Shiro's paintings were shown at several prestigious exhibitions including the government sponsored Bunten, where they caught the eye of Watanabe Shozaburo, a Tokyo publisher. In 1919, Watanabe approached Shiro about designing woodblock prints. No doubt Kiyokata facilitated this introduction as he had done for several other students, including Kawase Hasui and Ito Shinsui. Shiro's first print, A Windy Day in Early Summer, was published in that same year. He designed several landscape prints over the next few years, but the blocks for these were lost in the 1923 Kanto earthquake and consequently they are quite rare.

By the late 1950's, Shiro was ready to break out on his own. He began carving and printing his own designs in limited, numbered editions. He signed these prints himself in English. Some of his Watanabe-published prints also bear English signatures; however, these signatures were applied by Watanabe's employees, not by the artist himself.Although Shiro's self-made prints lack the refined carving of his shin hanga designs, they have a simplicity and expressiveness that is very appealing. The upward carving strokes and angular lines of Five Story Pagoda at Dusk make it one of Shiro's most dynamic prints. The building seems ready to explode off the paper. In contrast, the grid-like designs of Passage and Windows of Tearoom help to convey a sense of tranquility. Shiro continued to create prints for several decades, but never promoted them through exhibitions or gallery affiliations. As a result, his self-carved prints were more a labor of love than a commercial success.

1,133 Followers
Get notifications from your favorite auctioneers.
As Seen On
Shop With Confidence
Since 2002, LiveAuctioneers has made exceptional items available for safe purchase in secure online auctions.
Popular Searches
Artists & Creators
Brands
Style Periods
Origins
Company
Winning
Selling
Â© 2002-2020 LiveAuctioneers. All Rights Reserved.Cookie PolicyTerms & ConditionsPrivacy Policy
This site is protected by reCAPTCHA and the Google Terms of Service and Privacy Policy apply.
BACK TO TOP