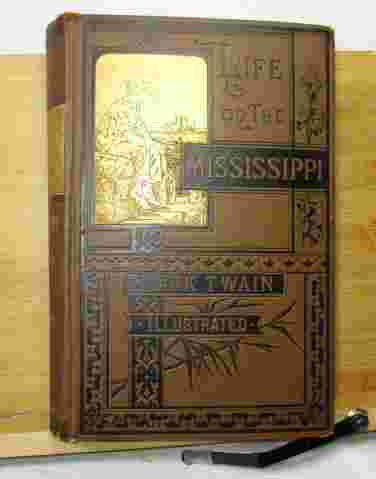 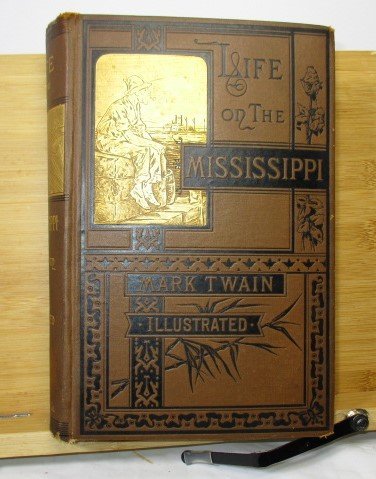 LIFE ON THE MISSISSIPPI is a memoir by Mark Twain of his days as a steamboat pilot on the Mississippi River before the American Civil War.

It is also a travel book, recounting his trip along the Mississippi River from St. Louis to New Orleans many years after the war.

Life on the Mississippi was the book that launched the now well-known Samuel Clemens career as a serious author.

Clemens, more well known by the title Mark Twain, paints Mississippi steamboat living and the workings of the river itself as a tribute to that great river.

Twain uses this novel as a combination of an autobiography of his early days as a steamboats man, and a collection of anecdotes about the people who made their living both along the great river and on it.

It was from this work that the novel Huckleberry Finn would emerge, using the raw material to set the backdrop for this work which is considered Twains greatest novel.

700 Followers
Get notifications from your favorite auctioneers.
As Seen On
Shop With Confidence
Since 2002, LiveAuctioneers has made exceptional items available for safe purchase in secure online auctions.
Popular Searches
Artists & Creators
Brands
Style Periods
Origins
Company
Winning
Selling
Â© 2002-2020 LiveAuctioneers. All Rights Reserved.Cookie PolicyTerms & ConditionsPrivacy Policy
This site is protected by reCAPTCHA and the Google Terms of Service and Privacy Policy apply.
BACK TO TOP