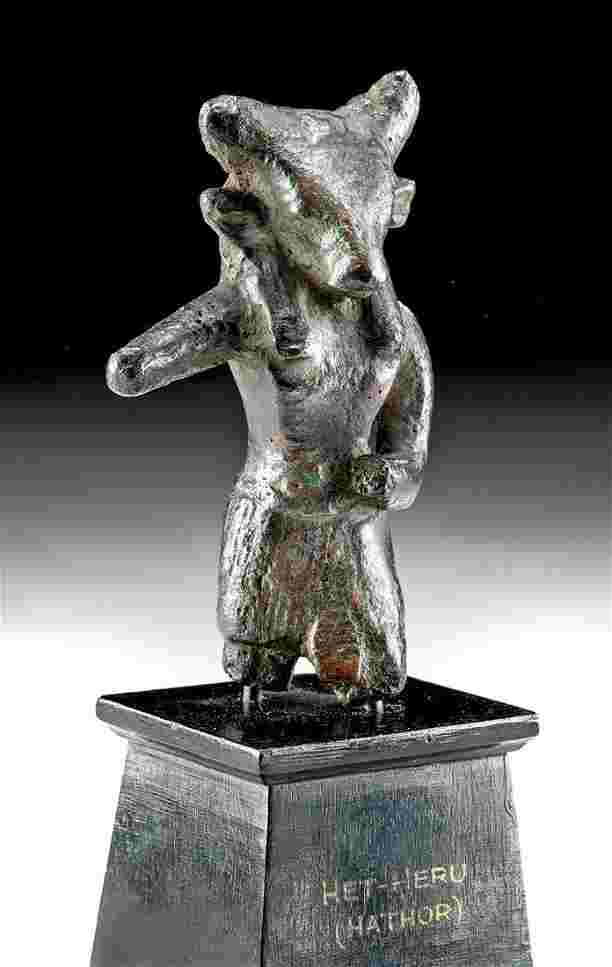 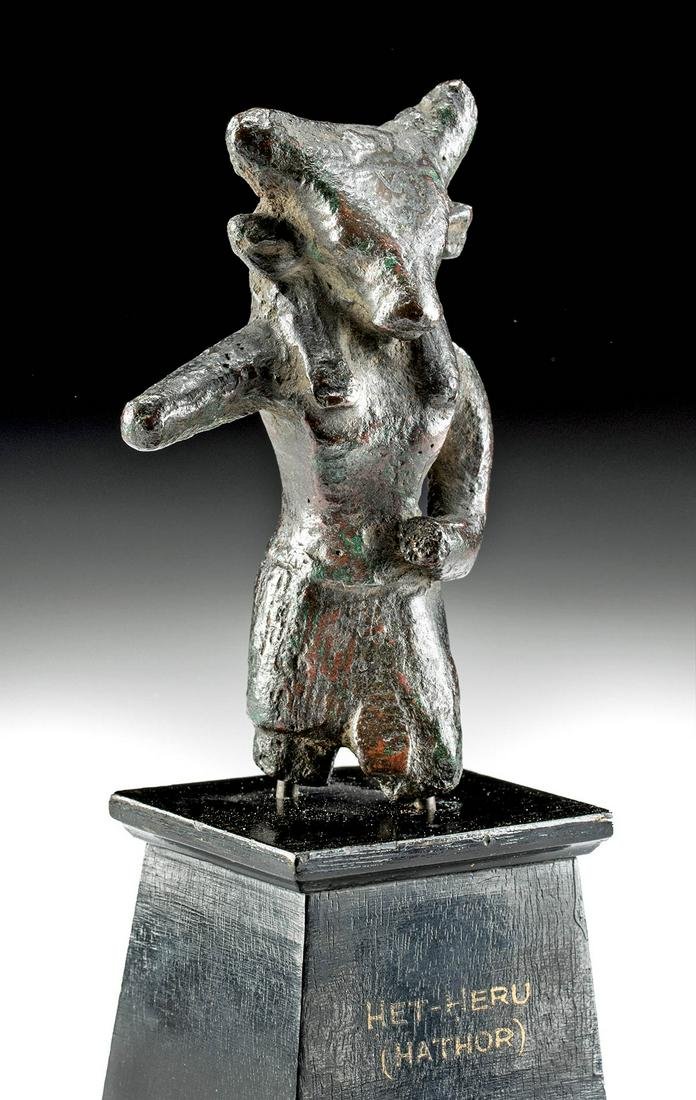 Egypt, Late Period, XXVI Dynasty, 664 to 525 BCE. Finely cast via the lost wax (cire perdue) process, a bronze statue of Mnevis, the bull-headed god worshipped in Heliopolis. The sculpture is a 3/4 figure, and while lacking the right forearm/hand and legs, presents with a nice representative form that still manages to capture the god's striding pose, with what remains of one leg advanced, the left arm bent at the elbow and crossing the body, and the upper right arm extending out. Mnevis' bold visage is comprised of curved horns, ears below, a wig/headdrss gracing his shoulders, and a prominent snout. He wears a kilt-like skirt, and the surface has developed a rich, dark brown patina over the ages. Size: 1.875" W x 3.25" H (4.8 cm x 8.3 cm); 5.7" H (14.5 cm) on included custom stand.

Losses to both legs, left hand, right forearm and hand, and tips of both horns as shown. Minor pitting and abrasions to body, limbs, and head, with softening to some finer details. Nice earthen deposits and fantastic russet, green, and brown patina throughout. Mounted with modern brass rods through bottom of legs for display purposes.

4,841 Followers
Get notifications from your favorite auctioneers.
As Seen On
Shop With Confidence
Since 2002, LiveAuctioneers has made exceptional items available for safe purchase in secure online auctions.
Popular Searches
Artists & Creators
Brands
Style Periods
Origins
Company
Winning
Selling
Â© 2002-2020 LiveAuctioneers. All Rights Reserved.Cookie PolicyTerms & ConditionsPrivacy Policy
This site is protected by reCAPTCHA and the Google Terms of Service and Privacy Policy apply.
BACK TO TOP