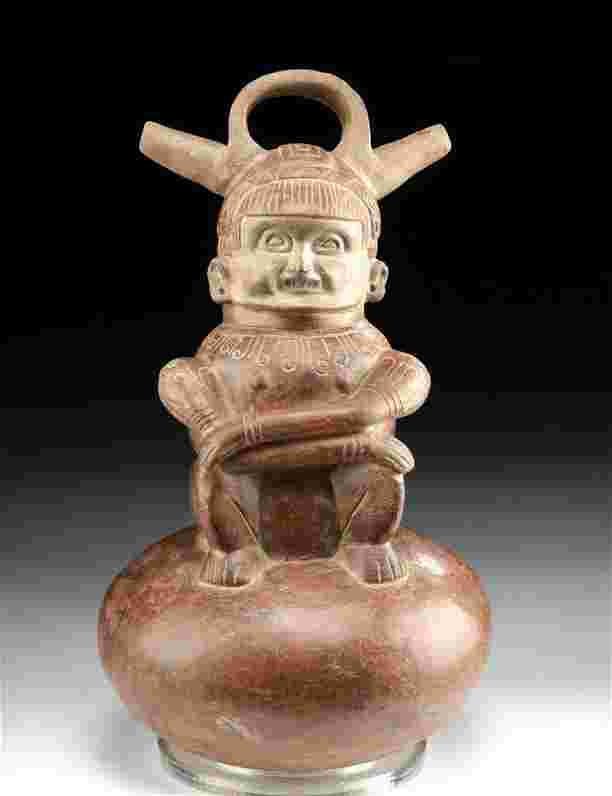 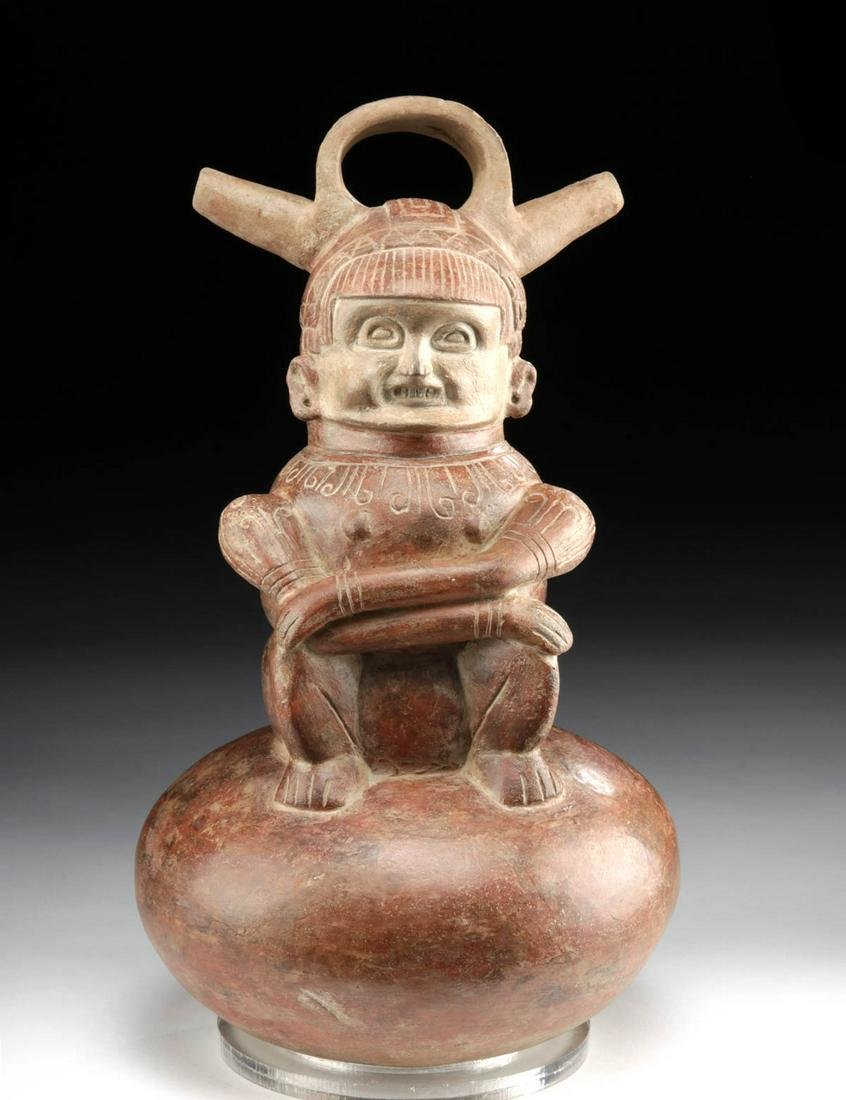 Pre-Columbian, Colombia, Calima people, Transitional Llama Phase-Yotoco Phase, ca. 100 BCE to 800 CE. A fantastically well-preserved pottery vessel known as an alcarazza with a smooth burnished surface, a woman richly adorned and seated in a crouch atop a wide, round, apple-shaped vessel. Protruding from the woman's head is a double spout with a curved, half-circle strap handle between them. Her arms and chest are incised with curlique motifs that to the modern eye resemble musical notes but that may signify rising crops. Rigidly combed, straight hair covers the forehead, while a decorative cap with incised triangles and labyrinthine forms covers the rest of the head. The woman's face is sunken, with deeply set, large eyes, a tiny, pointed nose, and a small mouth with gritted teeth between two chubby cheeks. Pierced earlobes indicate that the vessel may have once had gold rings or some other decoration. Size: 6.25" W x 11.75" H (15.9 cm x 29.8 cm)

The Calima people lived in the southwestern highlands by the Caribbean coast, and are famous for their goldwork, but they also produced charming pottery figures like this one. This is a type of pottery known as Ilama, which dates to the Formative period for the Calima, characterized by brushed and incised decoration with some incisions filled in with white paste.

This piece has been tested using thermoluminescence (TL) analysis and has been found to be ancient and of the period stated. A full report will accompany purchase.