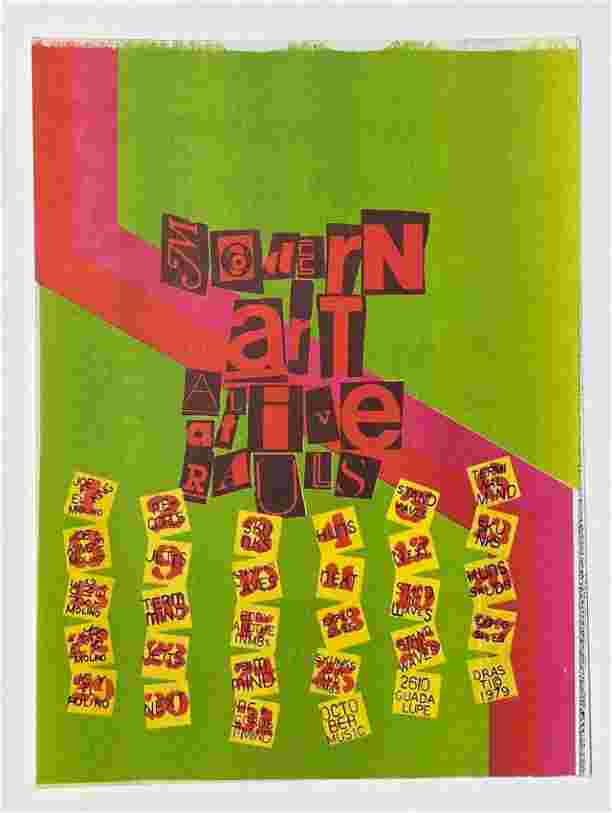 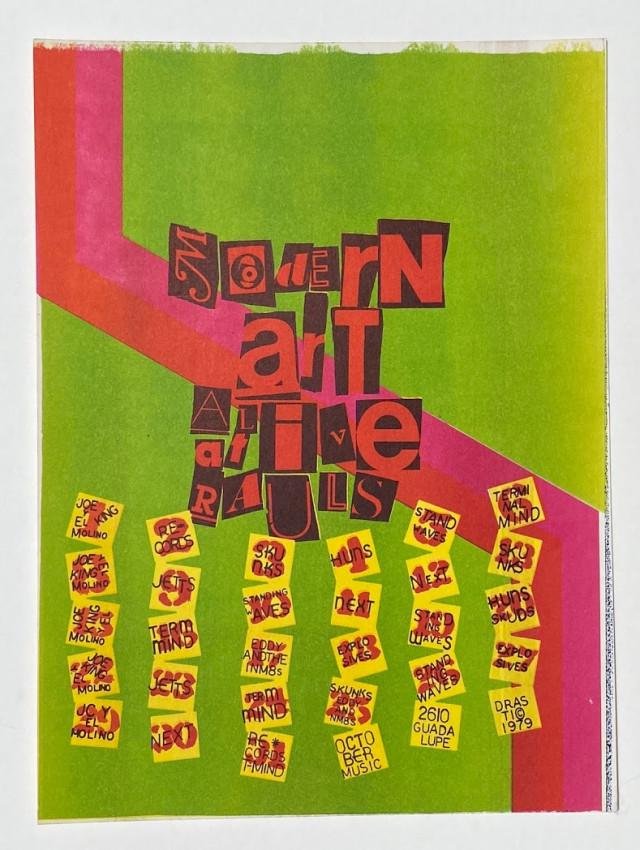 Uncirculated ‘new/old stock’. Unsigned, but Rick has agreed to sign the poster for the successful purchaser, if they wish.

Rick comments “Rauls was the only club in town that hired punk bands exclusively during the initial two year period when the style and stance of punk was first being fabricated in its Texas form. It was a magical place (Google it). I was fortunate enough to create three monthly calendars for the club. This one (untrimmed!) was printed in 5 colors by Nick West (publisher of the now legendary Sluggo! magazine [Google that one too]) and myself on his ancient offset litho printing press (DIY!)”

His work is included in the permanent collections of a number of prominent institutions, including: Blanton Museum of Art; South Austin Museum of Popular Culture; Briscoe Center for American History; Austin History Center; The National Archives

Lakeville, CT, USA
35 Followers
Get notifications from your favorite auctioneers.
As Seen On
Shop With Confidence
Since 2002, LiveAuctioneers has made exceptional items available for safe purchase in secure online auctions.
Popular Searches
Artists & Creators
Brands
Style Periods
Origins
Company
Winning
Selling
Â© 2002-2020 LiveAuctioneers. All Rights Reserved.Cookie PolicyTerms & ConditionsPrivacy Policy
This site is protected by reCAPTCHA and the Google Terms of Service and Privacy Policy apply.
BACK TO TOP