BOSTON (ACNI) – Skinner Inc. will move from its longtime Bolton, Mass., headquarters to a spacious facility in nearby Marlborough, Mass., early next year. The newly purchased site will house the company’s corporate offices, suburban auction gallery and warehouse. The company’s city gallery, at 63 Park Plaza in Boston’s Back Bay, will continue to serve as a venue for sales of fine art, American and European furniture and decorative arts, and other categories for which Skinner has become well known.

END_OF_DOCUMENT_TOKEN_TO_BE_REPLACED 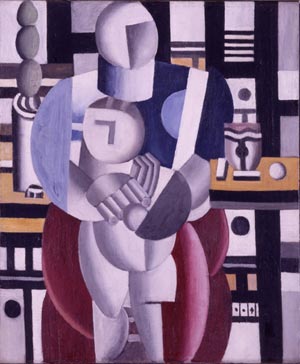 Fernand Leger’s 1921 oil on canvas titled Woman and Child, missing from the Wellesley College Collection. A reward of $100,000 has been offered for its return. Copyright Wellesley College. All rights reserved. Used by permission.

WELLESLEY, Mass. (AP) – Wellesley College has lost a 1921 painting by French cubist Fernand Leger that was likely worth millions of dollars, officials said.

Woman and Child had been in the collection of the college’s Davis Museum and Cultural Center since 1954. It vanished last year after it was one of 32 works borrowed for an exhibit at the Oklahoma City Museum of Art, The Boston Globe reported on Aug. 27.

“We’ve all wondered about it,” Jacqueline Marie Musacchio, associate professor of art at Wellesley, told the newspaper. “It’s a tremendous loss for the college, but, beyond that, we just don’t have a lot of information.”

Police were told, and the museum’s insurer, Travelers Insurance, has paid a claim. Last year, Leger’s paintings sold for an average of $2.8 million, and the newspaper quoted an unidentified Travelers official as saying the payout was “in that area.”

Travelers is offering a $100,000 reward for the painting, the Globe said.

The painting was a 1954 gift to Wellesley from Professor and Mrs. John McAndrew, given in honor of Alfred H. Barr Jr.  Professor McAndrew was not only a faculty member but also director of Wellesley College’s museum.

Along with 31 other works from Wellesley’s collection, Woman and Child was lent to the Oklahoma City Museum of Art for exhibition and returned in April 2007.

END_OF_DOCUMENT_TOKEN_TO_BE_REPLACED

RALEIGH, N.C. (AP) – Not many people are familiar with the name Isaac Lefevers, but in pottery circles, he’s known as the James Dean of North Carolina pottery.

Like the actor known for Rebel Without a Cause, Lefevers was talented and died young. The Lincoln County potter also was his own kind of rebel, dying in 1864 at the age of 33 of an injury suffered in the Civil War. Because he died so young, few of his pots survive and even fewer are available for sale.

But on Sept. 28, a pot that Lefevers may have thrown will be one of about 200 pots auctioned at a benefit for the North Carolina Pottery Center in Seagrove, a museum that’s in the midst of a $100,000 fundraiser. Supporters believe the auction could raise as much as $20,000.

END_OF_DOCUMENT_TOKEN_TO_BE_REPLACED 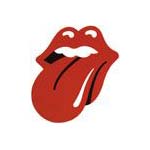 London’s Victoria and Albert Museum announced Tuesday that it bought the original artwork for The Rolling Stones’ famous “lips” logo, inspired by the singer’s mouth. The museum said it bought the work at an auction in the United States for $92,500.

The lips-and-tongue logo was designed by London art student John Pasche in 1970, and first used on the band’s Sticky Fingers album the next year.

END_OF_DOCUMENT_TOKEN_TO_BE_REPLACED

NEW YORK (AP) – The Museum of Modern Art has appointed one of its own curators as the new head of its department of painting and sculpture. The museum’s director says Ann Temkin was chosen after a six-month search and from a field of candidates from many parts of the world.

The position is widely perceived as one of the most influential in Modern art. Temkin will be responsible for special exhibitions and will advise on museum acquisitions.

She tells The New York Times in Sept. 3, 2008 editions that she plans to “take a broader, more international view.”

The 48-year-old has worked since 2003 at the Modern, and earned her doctorate in art history at Yale University. She succeeds John Elderfield, who retired in July.

NEW YORK – Aulden Cellars-Sotheby’s will hold its first of four wine sales this fall season in New York beginning with a various-owner sale of Finest and Rarest Wines, on Sept. 20, 2008. The sale will include 1,361 lots, and is estimated to bring $2.3/3.3 million. Three sales will follow, one each month through December, including an Evening Sale on Tuesday, October 28th.

The September sale will include wines from Bordeaux, Sauternes, Burgundy, Champagne, Rhone and California, a few highlighted are featured below. The sale will begin at 10 a.m. EST followed by a lunch served to all registered bidders. A pre-sale tasting will be held on Sept. 18 from 6-7 pm (please call the Sotheby’s Wine department for reservations 212- 606-7050).

END_OF_DOCUMENT_TOKEN_TO_BE_REPLACED 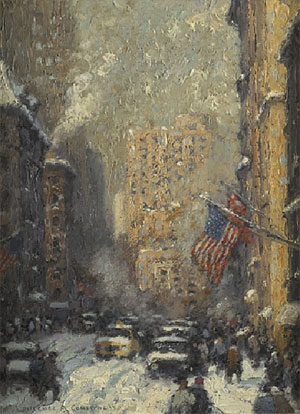 Laurence A. Campbell (American, b. 1940) Broadway near Union Square; Oil on Masonite; 16

LAMBERTVILLE, N.J. – On Saturday, Sept. 13 at 12 p.m. EST, the Rago Arts and Auction Center will host a sale of works by American and European artists, including a first-rate selection of American sculpture.

“This is a sale of fine works acquired at a range of price points, almost entirely from private sellers. The Sotter night scene has never been to market.” says Meredith Hilferty, Director of Fine Arts at Rago’s, “It is absolutely a sale to see for anyone seeking a great American bronze.”

END_OF_DOCUMENT_TOKEN_TO_BE_REPLACED

MOUNTAIN VIEW, Calif. – Google Inc. (NASDAQ: GOOG) today launched Google ChromeTM, a new open source browser intended to create a better Web experience for users around the world. Available in beta in more than 40 languages, Google Chrome is a new approach to the browser that’s based on the simplicity and power that users have come to expect from Google products.

END_OF_DOCUMENT_TOKEN_TO_BE_REPLACED 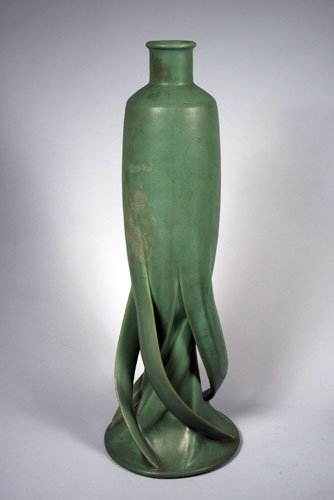 MELBOURNE, Fla. – A Sept. 27-28 auction conducted by Matheson’s AA Auction will feature fine art and antiques from five estates including one from Miami and one from Palm Beach. Included in the inventory from one of the estates of a long deceased owner, where it sat undisturbed for decades, was a Teco vase designed in the early 20th century by Prairie School designer Frank Albert. According to auction owner Lloyd Matheson, only six examples of this vase are known to exist. The last one known to cross the auction block was on Sept. 11, 2005 at Treadway Toomey Gallery. The 18½-inch-tall vase with an organic-looking swirling base in the soft Teco green matte finish with three Teco marks on the base has a presale estimate of $40,000/$60,000.

END_OF_DOCUMENT_TOKEN_TO_BE_REPLACED 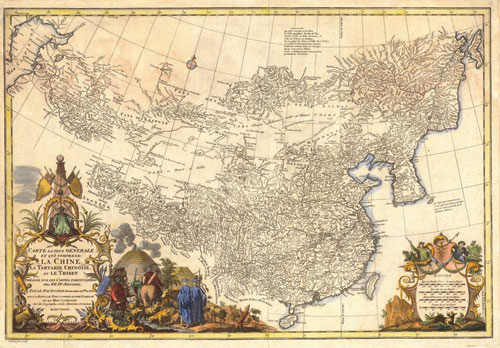 SEDONA, Ariz. – An important atlas of China with 42 maps, executed in Paris in 1737 by the renowned French cartographer Jean Baptiste Bourguignon d’Anville, is the anticipated top lot of an online auction (#125) planned for Sept. 10-24 by Old World Auctions. The atlas constitutes the first scientific mapping of China, for the Emperor Kang-Shi. It is expected to bring $14,000-$18,000.

The atlas – just one of hundreds of important maps, atlases and other items slated to change hands in the sale – was the principal cartographical authority on China for the rest of the 18th-century. It provides the first accurate depiction of the Pacific coastline and features the first map of Korea by a European cartographer. It also has detailed coverage of China and the first serious study of Tibet.