RALEIGH, North Carolina (AP) – If you’re in the market for a diamond-studded gold gorilla pendant or an antique watch, the North Carolina Department of Revenue may have just what you’re looking for – thanks to busted drug dealers.

The department hopes to auction hundreds of thousands of dollars worth of jewelry – including a $38,000 watch and a $23,000 gold pendant depicting Jesus – confiscated during drug busts over the past year by the department’s unauthorized substances division.

END_OF_DOCUMENT_TOKEN_TO_BE_REPLACED 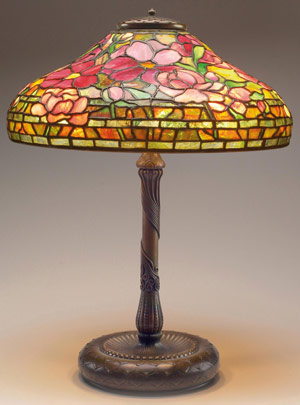 The expected top lot of the sale is this stunning Tiffany lamp in the Peony pattern, which is expected to sell for $100,000 to $150,000). Image courtesy Treadway Toomey.

OAK PARK, Ill. – An important Tiffany table lamp in the Peony pattern is expected to bring $100,000-$150,000 at the Arts and Crafts, Modern and Fine Art Sale slated for Sunday, Dec. 7, at the John Toomey Gallery. The lamp boasts a bronze base with sculpted and applied designs under a fine original patina supporting a leaded glass shade. Both base and shade are signed Tiffany Studios.

“This is an exceptional example of an iconic lamp, and it will probably be the top lot in a sale that’s stacked from top to bottom with quality merchandise,” said Don Treadway of Cincinnati. The firm holds sales at John Toomey Gallery in Illinois and Treadway Gallery in Cincinnati. “We expect the better items to do very well and the midrange items will hold their own.”

END_OF_DOCUMENT_TOKEN_TO_BE_REPLACED 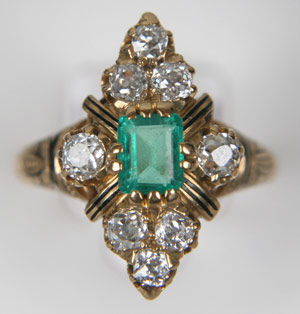 MT. PLEASANT, S.C. – On Dec. 7, Estate Roadshow Auctions will conduct the first in a series of sales to disperse the remarkable personal collection and early store stock of Connecticut antiques dealer Louise Mondani Graham, who died in August. The initial session will consist entirely of fine and costume jewelry, much of which was purchased in the 1950s and ’60s and stored away in boxes the owner never opened. According to Ann Valverde of Estate Roadshow’s Research & Appraisals department, going through the boxes was “like opening packages on Christmas morning and finding beautiful antique and vintage treasures. Mrs. Graham had exquisite taste and a cultured eye for Art Nouveau and Art Deco design.”

From the mid-1950s until 2005, Graham operated her old-school antiques business, Brass Bugle Antiques, from a well-patronized barn in Cornwall Bridge, Litchfield County, Connecticut. The building gained acclaim after it was chosen to be the subject of an artwork by Graham’s close friend, the noted New England painter Eric Sloane (1905-1985).

The Dec. 7 sale will include approximately 400-500 lots, with the headliner being a Victorian emerald-and-diamond ring often worn by Graham and considered one of her favorite pieces. Set in 18K yellow gold, the ring features a central emerald weighing in excess of 1 carat and accented by six old mine-cut diamonds, two flanking diamonds and fine black enamel around the stones. It has an appraised value of $5,700.

END_OF_DOCUMENT_TOKEN_TO_BE_REPLACED 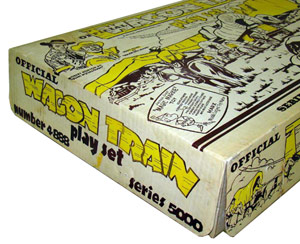 Mint in the box, this Wagon Train play set by Marx sold for a record $15,255. Image courtesy Philip Weiss Auctions.

OCEANSIDE, N.Y. – A Wagon Train playset, made around 1960 by Marx Toy Co. and based on the popular television show of the era, sold for $15,255 – an auction record for a Marx playset – at an auction conducted by Philip Weiss Auctions Oct. 24-26. The play set, Series 5000, Stock No. 4888, was mint and unused in the box, the only blemish being a few tears to the accessory bags inside.

END_OF_DOCUMENT_TOKEN_TO_BE_REPLACED 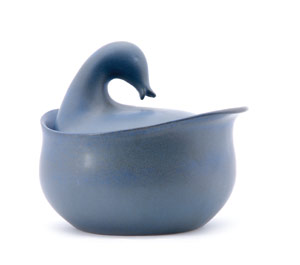 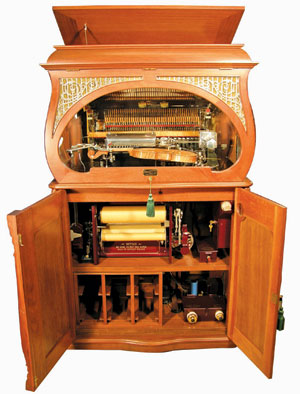 The top lot of the sale was this rare bow front Violano music player made around 1910 by the Mills Novelty Co. The unusual music machine turned $137,500. Image courtesy Showtime Auctions.

ANN ARBOR, Mich. – A rare bow-front Violano music player, made around 1910 by the Mills Novelty Co. of Chicago, soared to $137,500 at a sale Oct. 10-12 by Showtime Auction Services. Professionally restored and in excellent playing order, the Violano bearing serial number 195 was one of only 20 known to exist.

The auction, which saw 2,340 lots cross the block over the weekend, featured all three versions of the Mills Violano. It might have been the first time that all three Mills Violano versions were offered in the same auction. The bow-front model sold had a wireless device that permitted the user to operate it from 90 feet away.

The featured collector of the sale was Sandy Rosnick, founder of the Antique Advertising Association of America and a avid collector of store tins in many categories. A prize piece from his collection was a rare Mohawk Chief cigar tin with just some minor scuffs and scratches, but otherwise in very good condition. The tin, which once contained 5-cent cigars, brought $1,800.

END_OF_DOCUMENT_TOKEN_TO_BE_REPLACED

The intricate work, known as the Coleridge Collar, is the only known complete example of its type from Henry’s reign, according to Christie’s auctioneers.

The chain, dated to 1546 or 1547, is thought to have been given to Sir Edward Montagu, who was Lord Chief Justice of the Common Pleas, one of 16 executors of Henry’s will and governor to his heir, Edward VI.

END_OF_DOCUMENT_TOKEN_TO_BE_REPLACED

NEW YORK (AP) – Christie’s is auctioning a handwritten copy of the 1864 speech Abraham Lincoln delivered at the White House after being re-elected in the midst of an unpopular Civil War that both he and his opponents believed might cost him his job.

The four-page manuscript, which remained in the family’s hands until 1916, will be sold on the bicentennial of Lincoln’s birth on Feb. 12, 2009, the auction house announced Thursday. It is expected to fetch more than $3 million.

Lincoln delivered the speech to a large crowd on Nov. 10, 1864, after winning a second term with 55 percent of the popular vote. He said the results “demonstrated that a people’s government can sustain a national election in the midst of a great civil war.”