Jeffrey Lyons, spokesman for the Department of Corrections, says William McCallum still owes the state $1,290 and last made a $50 payment in September 2007. He said McCallum likely will be ordered to appear in court to explain why he has stopped making the payments.

END_OF_DOCUMENT_TOKEN_TO_BE_REPLACED

On Thursday, one fan spent $240,000 to get the real thing: the prop that Mark Hamill used in the first two movies in the original Star Wars trilogy.

The light saber highlighted several Hollywood memorabilia sold at an auction in Los Angeles by Profiles in History. The auction house said it sold about $3.5 million in memorabilia.

END_OF_DOCUMENT_TOKEN_TO_BE_REPLACED

Belafonte himself asked that the papers be withdrawn from the Dec. 11 sale, said Lauren Gioia, a Sotheby’s spokeswoman. The auction house did not comment further.

The documents, including a handwritten draft of King’s first anti-Vietnam war speech in 1967, had a collective pre-sale estimate of $750,000 to $1.3 million.

END_OF_DOCUMENT_TOKEN_TO_BE_REPLACED

INDIANAPOLIS (AP) – A collection of Abraham Lincoln memorabilia valued at more than $20 million has been donated to the state of Indiana and will be housed in Indianapolis and Fort Wayne, Gov. Mitch Daniels said Friday.

The collection including photographs, signed copies of the Emancipation Proclamation and thousands of other documents is considered the world’s largest private collection of memorabilia from Abraham Lincoln’s personal and presidential life.

The items formerly housed at the defunct Lincoln Museum in Fort Wayne, Ind go to the Indiana State Museum in Indianapolis and the Allen County Public Library in Fort Wayne. They are being donated by the Lincoln Financial Foundation, which relocated from Fort Wayne to Philadelphia in 1999.

END_OF_DOCUMENT_TOKEN_TO_BE_REPLACED 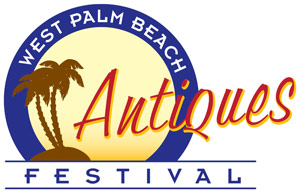 The name of the show will be changed to the West Palm Beach Antiques Festival. Both the ownership and name change will take effect with the next edition of the show, which is scheduled for Jan. 2-4.

END_OF_DOCUMENT_TOKEN_TO_BE_REPLACED 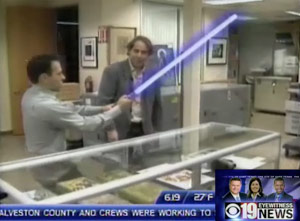 The jewel in the auction’s crown, and the top-estimated lot, was the lightsaber wielded by Mark Hamill in the Star Wars sequel The Empire Strikes Back. Maddalena stressed its importance as an icon in sci-fi cinema history.

END_OF_DOCUMENT_TOKEN_TO_BE_REPLACED 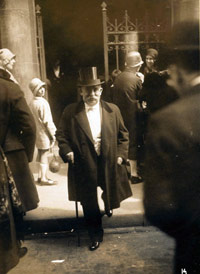 Adolphe Fraenkel, some of whose bequeathed assets are the subject of a Holocaust restitution claim being brought against the Musée Carnavalet in Paris. Image courtesy Régine Elkan.

Carnavalet Museum in Paris accused of retaining Holocaust looted assets In recent years museums all over the world have come under increasing pressure to conduct and publish exhaustive research into the provenance of any material in their collections that might qualify as Holocaust-related assets – objects looted by the Nazis. The vexed issue of restitution generally tends to focus on looted paintings, but one of the most high-profile of current cases concerns an important suite of 18th-century French furniture in the collection of the Carnavalet Museum in Paris.

END_OF_DOCUMENT_TOKEN_TO_BE_REPLACED 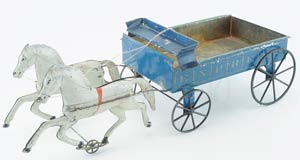 Possibly a unique example, this Merriam 20-inch stenciled and painted-tin express wagon with cast-iron wheels was patented in 1873. It trotted off to a new owner for $7,150. Image courtesy Noel Barrett Auctions.

END_OF_DOCUMENT_TOKEN_TO_BE_REPLACED 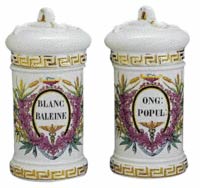 These Old Paris porcelain apothecary jars sold for $835 at a Neal Auction in New Orleans a few months ago.

In past centuries, medicine was very different than it is today. There was little knowledge about the causes of illness until Louis Pasteur reported in 1864 that germs cause disease. Even the idea of washing your hands to avoid germs was a 20th-century idea.

Most medicines were herbs and potions that had been found to help, although no one knew why. Sometimes parts of snakes, insects, roots, crushed minerals and other strange materials were used. Alcohol and drugs like cocaine and marijuana were effective painkillers. An apothecary shop sold all sorts of dried mixtures, cures and medicines, usually made from alcohol and herbs. The shops kept some of the dry medicines in large jars decorated with the appropriate name and a fancy border. Other medicines were kept in glass jars, drawers or small-folded paper packets. Today’s medicines in sterile containers and pill form have helped raise the average life expectancy from about 37 in the 1800s to about 66 today. Medical tools, medicine and medicine containers all are collected. Old medical tools bring high prices.

END_OF_DOCUMENT_TOKEN_TO_BE_REPLACED 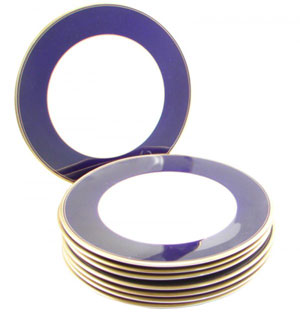 SYRACUSE, N.Y. (AP) – To this day, Mark Nicotra carries forward a family tradition, inspecting the bottoms of plates for the “Syracuse China” stamp when he’s out to eat at a restaurant.

“It was a game we played when we traveled. I think everyone in Syracuse could identify with them … it’s given us a great sense of pride,” said Nicotra, the town of Salina supervisor.

After 137 years in business, a slumping economy is forcing the shutdown of Syracuse China’s suburban factory, one of the last in the United States making dinnerware products.