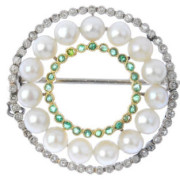 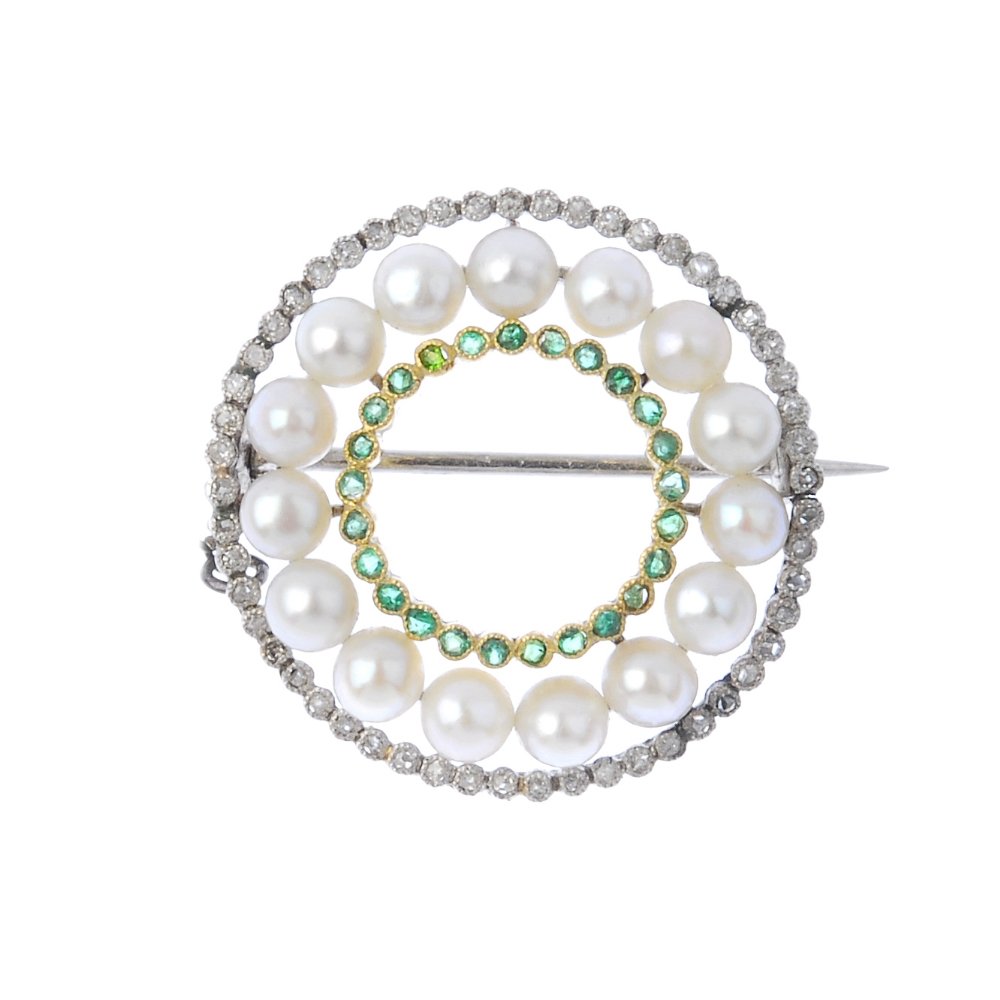 BIRMINGHAM, UK – One beautiful item in Fellows’ antique and modern jewelry auction Nov. 12 recalls an era when World War II profoundly affected families and households. Lot 88 is an early 20th century brooch that was gifted to “Nellie” in July 1943 following nine years in service to the Evans-Lombe family at Marlingford Hall, in Norwich, before she was called up for wartime duty. LiveAuctioneers.com will provide absentee and Internet live bidding.

END_OF_DOCUMENT_TOKEN_TO_BE_REPLACED 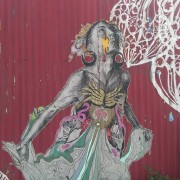 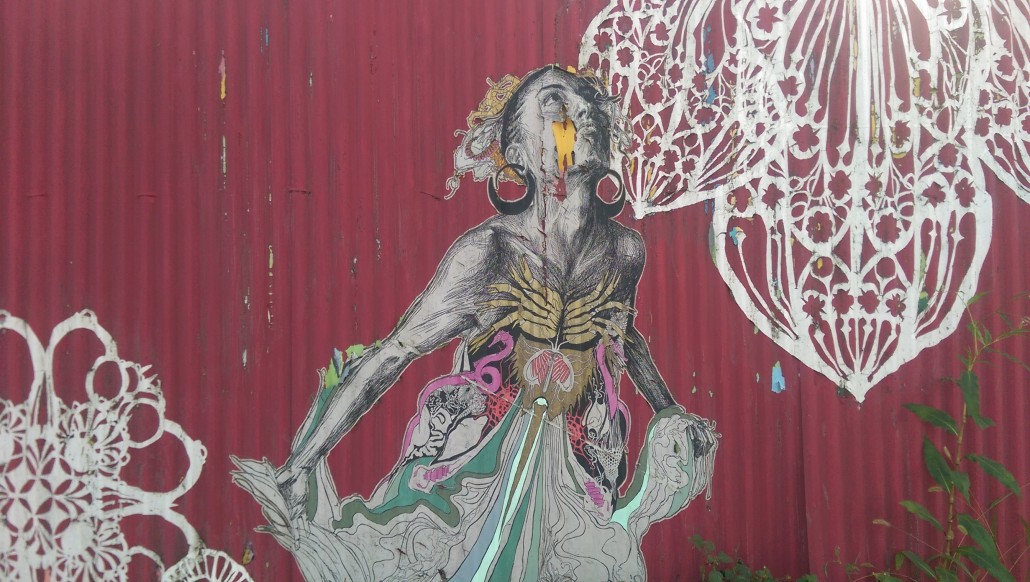 NEW YORK – Since she last appeared in Reading the Streets, wheat paste warrior Swoon, aka Caledonia Curry, has had a very productive last two years, blurring the lines between art and activism.

END_OF_DOCUMENT_TOKEN_TO_BE_REPLACED 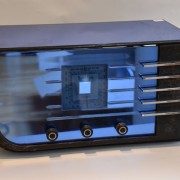 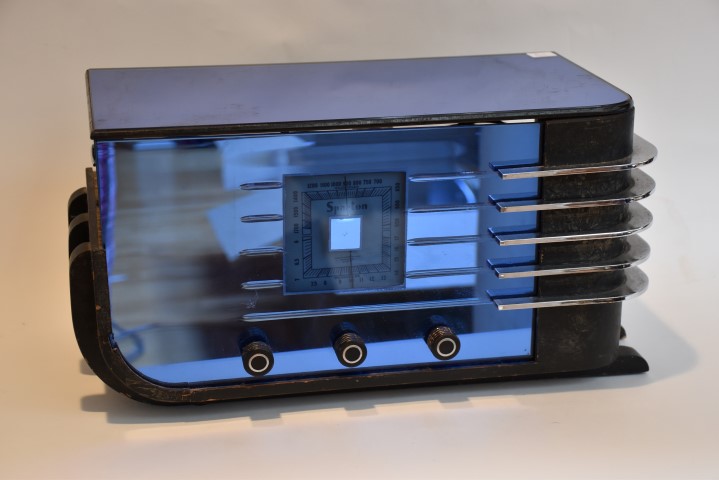 CORNWALL-ON-HUDSON, N.Y. – Mid-Hudson Auction Galleries, in conjunction with Guernsey’s, will present the Gilbert Jonas Collections at auction on Nov. 7 and 8. LiveAuctioneers.com will provide absentee and Internet live bidding.

END_OF_DOCUMENT_TOKEN_TO_BE_REPLACED 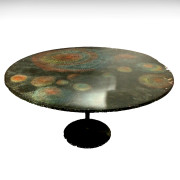 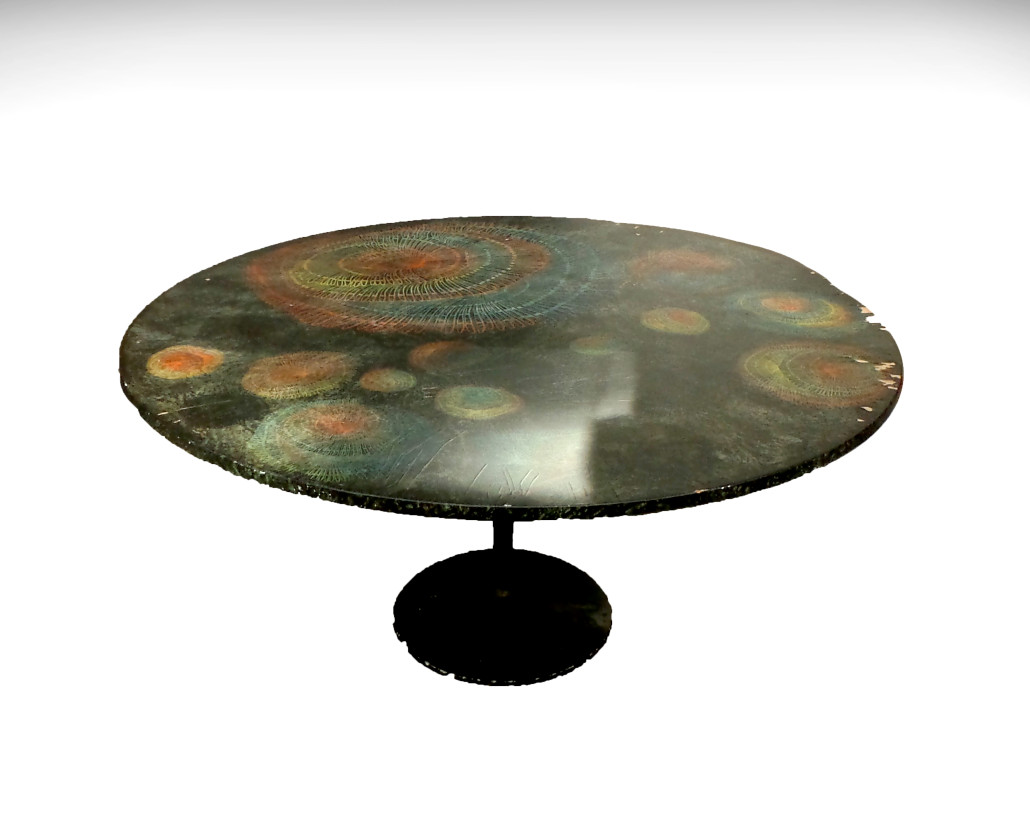 NEW YORK – Roland Auctions NY will hold its first November 2015 Auction on Saturday, Nov. 7, commencing at 10 a.m. Eastern. The first of three sales to be held in November by Manhattan’s only family-owned and operated auction house, this sale is notable for multiple strengths in several collecting categories. LiveAuctioneers.com will provide absentee and Internet live bidding.

END_OF_DOCUMENT_TOKEN_TO_BE_REPLACED 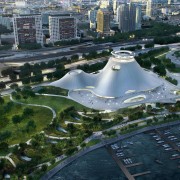 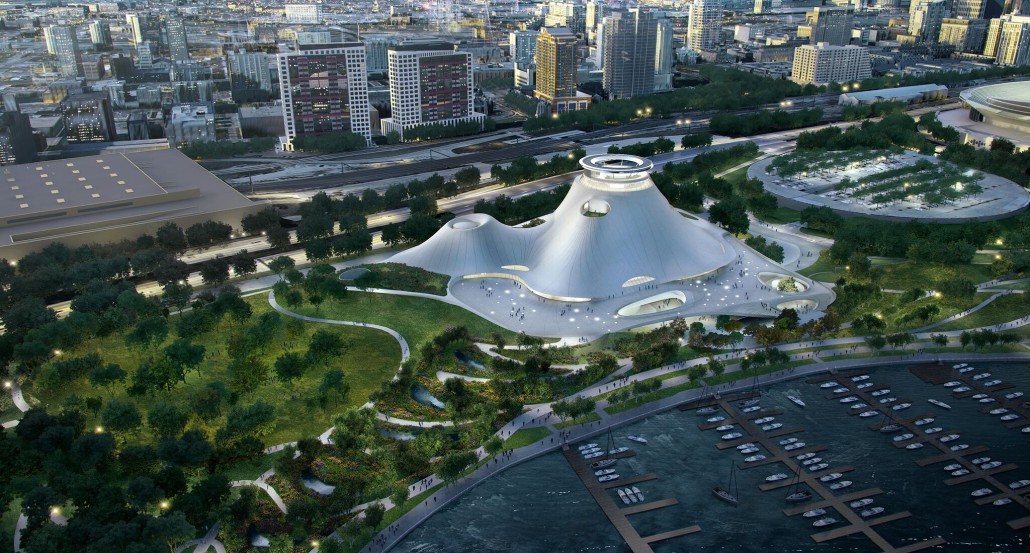 CHICAGO (AP) – The force — of Chicago’s City Council, at least — is with George Lucas, as aldermen voted Wednesday to allow the Star Wars filmmaker to build his $400 million museum along the shores of Lake Michigan.

With no discussion, the council cast the widely expected vote in favor of allowing Lucas to build his 300,000-square-foot Lucas Museum of Narrative Art just south of Soldier Field. The vote came on the same day the Chicago Bears and the museum organization announced an agreement on parking that will increase the number of parking spots and tailgating spots.

Mayor Rahm Emanuel strongly endorsed the project and Lucas’ choice of Chicago instead of San Francisco as the site for his museum was considered a major coup for the mayor, who earlier this year scored another victory when President Barack Obama selected Chicago as the site of his presidential library.

But as with that library, not everybody favors handing over city parkland for Lucas to build his museum. A group is suing in federal court to block the project and the two sides are due back in court Nov. 10.

Some questions and answers about what has happened and what might happen now that the city council has approved the museum plan:

It seemed like San Francisco was a lock. After all, Lucas was born in California, Lucasfilm’s visual effects division is based in the city and the headquarters of Lucasfilm and Skywalker Sound is across the Golden Gate Bridge in Marin County. But Lucas’ wife, Mellody Hobson, is from Chicago. And when the two got married, the city rolled out the red carpet by closing down Promontory Point along Lake Michigan so they could host a star-studded party to celebrate after their California wedding. Then there is Mayor Rahm Emanuel. The famously-pushy mayor really wanted the museum and while San Francisco was “doodling around,” as Lucas once said, Emanuel was getting the city to offer up a slice a real estate along the lake near attractions such as the Field Museum of Natural History and the Shedd Aquarium.

It is no surprise that a filmmaker who introduced the world to Han Solo’s Millennium Falcon and a droid named R2-D2 plans to house his collection in a futuristic building. The undulating structure will have an observation deck that resembles a floating disc. But the revised renderings also reflect the battle with those opposed to building a private museum on the city’s cherished lake front. About 100,000 square feet have been lopped off of the original planned 400,000-square-foot building, leaving more green space on the 17-acre site, which will include many trees, native plants and an outdoor plaza (shown below) that leads up to the sloping face of the building. 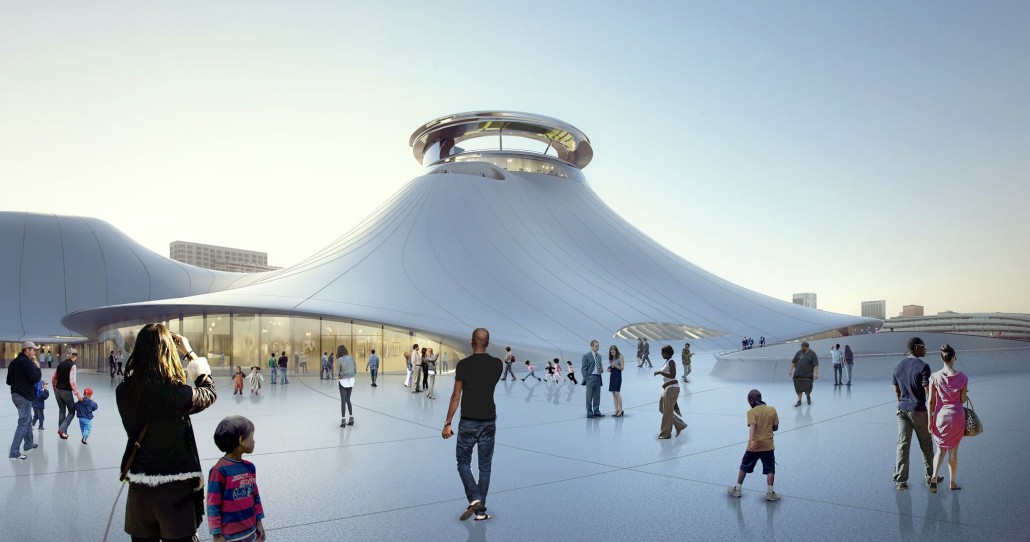 What is going to be in the museum?

It may be officially called the Lucas Museum of Narrative Art, but it will almost certainly be known as the Star Wars Museum. That means there will be plenty of artifacts and costumes from the Star Wars films, and Lucas has said there will be artifacts from the “Indiana Jones” movies and other films. But along with props and story boards, the museum will also include three auditoriums where visitors can watch films and attend lectures and workshops. Not only that, but the museum will showcase artwork Lucas has been collecting since college, including illustrations by Norman Rockwell and N.C. Wyeth.

When do Han Solo and Darth Vader move in?

Construction could begin as early as next spring and the museum cold be operating as soon as 2019, if things go according to plan. But there is still the lawsuit by Friends of the Parks. The nonprofit group contends that under a legal principle known as the public trust doctrine, the city has no authority to hand over the land where the museum is to be built. It says the doctrine requires the state to ensure open spaces are preserved and accessible to the public. After Wednesday’s vote, though, Emanuel did not sound concerned about the lingering lawsuit. “We have taken our step forward and we’re going to continue to do what we’re going to do,” he said. 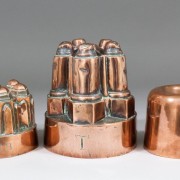 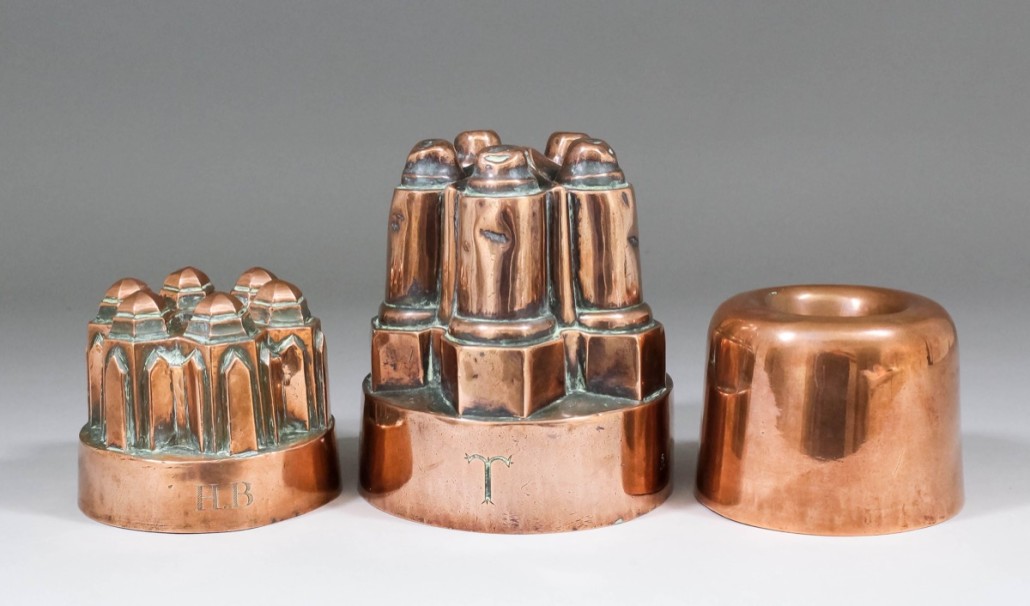 Three molds engraved with the mark for Jones Bros of Down Street, London, one of the best-known retailers in the capital who supplied the Duke of Wellington. They were estimated at £150-£200.  The Canterbury Auction Galleries photo

LONDON – Whisper it, but I’m not a fan of Downton Abbey, that is apart from savoring the period room settings and the chance to see how the landed gentry enjoyed their privileged surroundings.

Most episodes spend a good deal in the kitchens of the great house and we are treated to a glimpse of how the magnificent meals were created using what today look like the most primitive of cooking aids. Now there’s a collecting topic for you.

END_OF_DOCUMENT_TOKEN_TO_BE_REPLACED 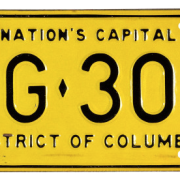 License plates from the limousine in which President Kennedy was assassinated on Nov. 22, 1963 in Dallas. Heritage Auctions image

DALLAS – The license plates used on the presidential limousine carrying President John F. Kennedy when he was assassinated on Nov. 22, 1963 in Dallas will be offered for the first time at auction on Nov. 7. Heritage Auctions, which is conducting the auction, has set the opening bid at $40,000. LiveAuctioneers.com will provide absentee and Internet live bidding for the entire 268-lot Americana and political memorabilia auction.

END_OF_DOCUMENT_TOKEN_TO_BE_REPLACED 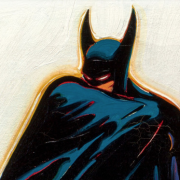 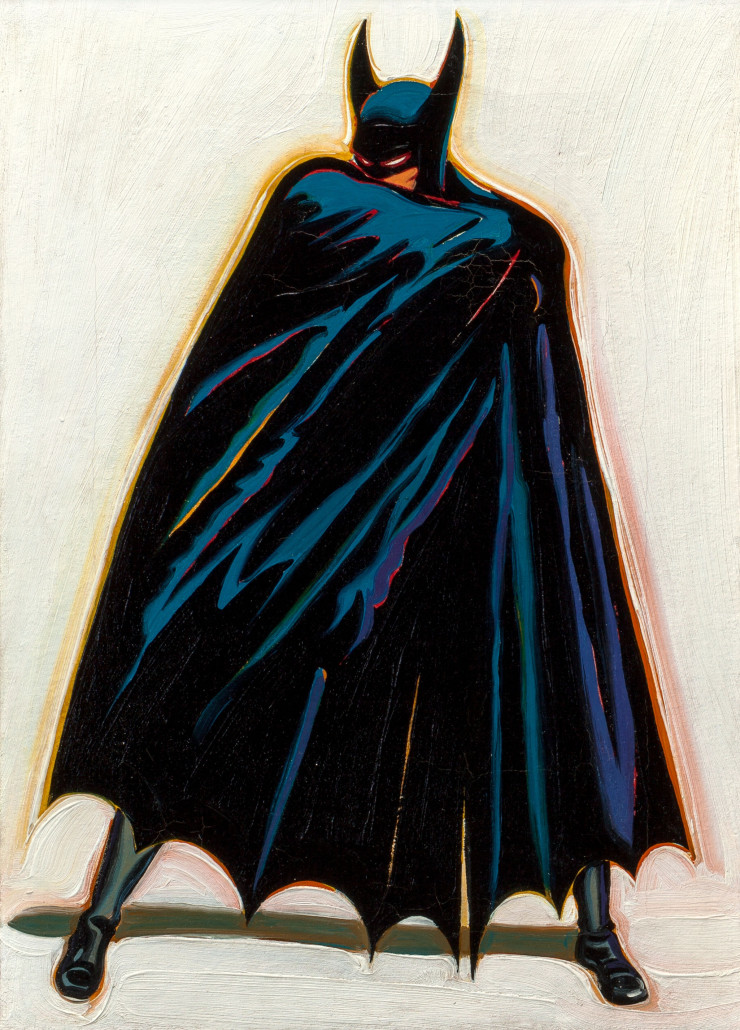 NEW YORK (AP) – A painting depicting Batman that pop artist Mel Ramos traded for a stack of comic books more than a half-century ago has sold for $173,000 at auction.

END_OF_DOCUMENT_TOKEN_TO_BE_REPLACED 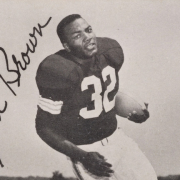 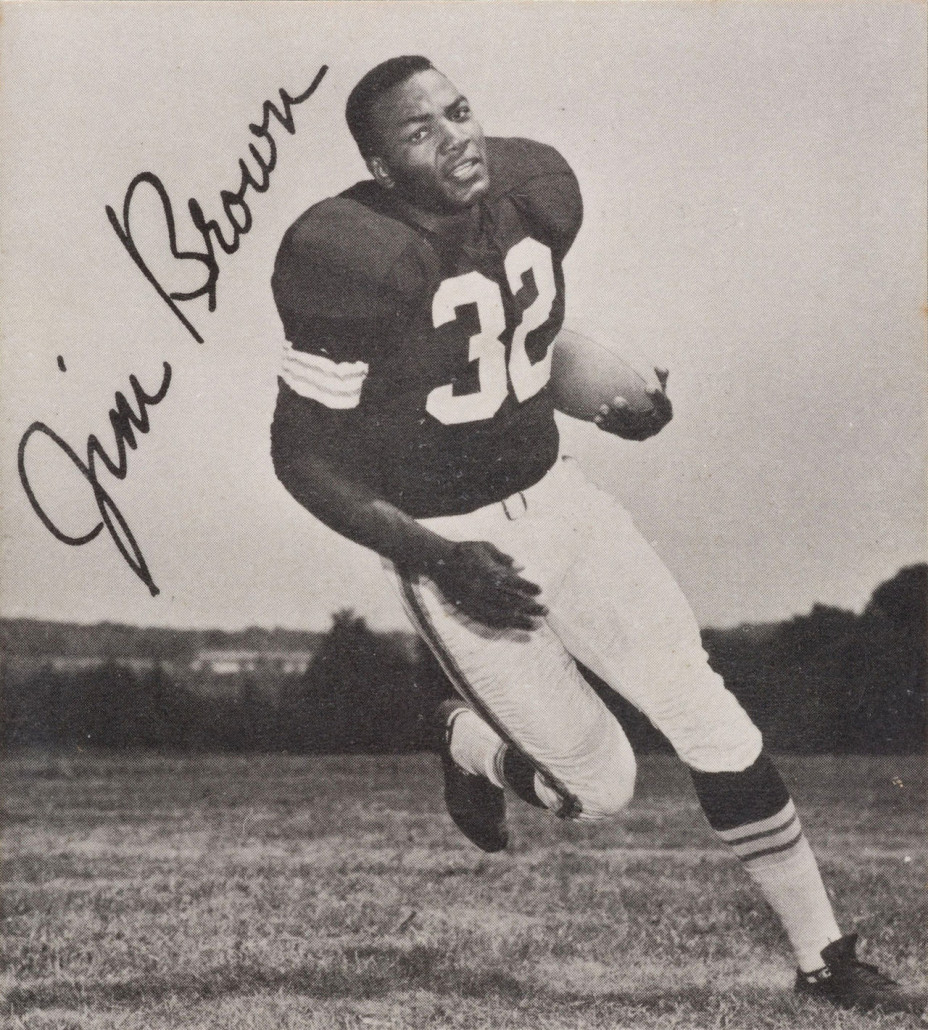 NEW YORK (AP) – Cleveland Browns Hall of Fame running back Jim Brown and his long-lost championship ring will be reunited after nearly half a century.

END_OF_DOCUMENT_TOKEN_TO_BE_REPLACED 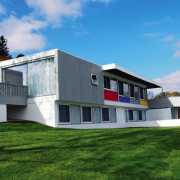 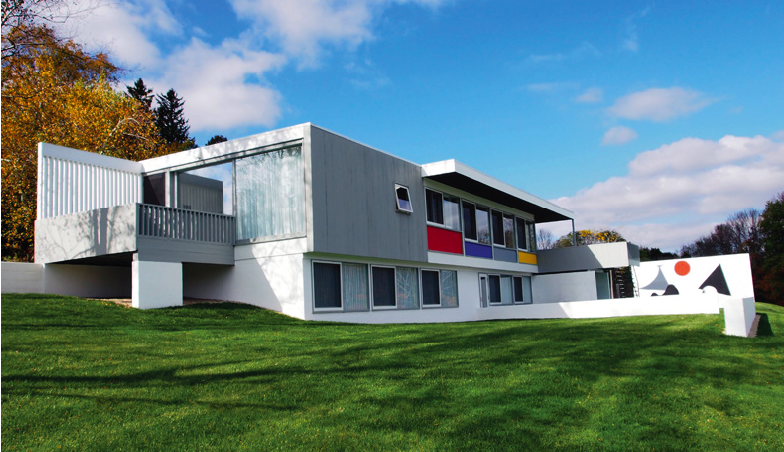 The Stillman House by Marcel Breuer will be sold Nov. 19 in Wright’s Design Masterworks auction. The house in Litchfield, Connecticut, is available for viewing by appointment.

CHICAGO – On Nov. 19 Wright will offer at auction a home designed by Marcel Breuer, one the world’s most important modernists. The Stillman House (above) in Litchfield, Connecticut, is a masterpiece of modern architecture and art – with murals designed by Alexander Calder and Xanti Schawinsky. The Stillman House will be the main attraction in Wright’s Design Masterworks sale, which will be supported by a highly vetted selection of works by the top architects, designers and artist of the 20th century. Absentee and Internet live bidding for the additional lots will be available through LiveAuctioneers.com.