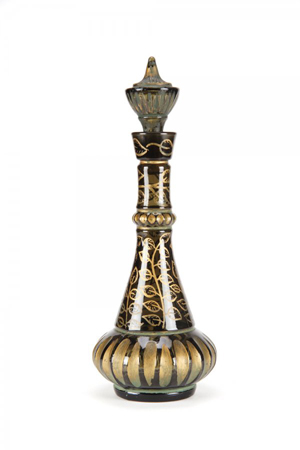 Original first season (1965) bottle prop from the TV series I Dream of Jeannie, $50,150. Image courtesy of LiveAuctioneers.com Archive and Profiles in History.

More than 900 individuals registered to bid via the Internet through LiveAuctioneers over the three-day period, and in all, 520 lots – an average of 40.8% of the inventory – were sold each day through LiveAuctioneers. All-important underbidders set the stage for success with the placement of underbids totaling $194,675.

“We already know that at $7.9 million, a record was set in May for the total amount spent through LiveAuctioneers in the post-eBay period. But with results like those seen in the Profiles in History sale, June could end up being an even bigger month,” said LiveAuctioneers’ CEO, Julian Ellison.

The Profiles in History auction featured rare and unique memorabilia from the motion picture and television industries, with boomer-era material leading the way.

An original first season green smoked glass bottle used as the iconic prop in the 1965-1970 TV series I Dream of Jeannie had been estimated at $15,000-$20,000; however, aggressive Internet bidding propelled it to a final price of $50,150. All prices quoted in this report are inclusive of 18% buyer’s premium.

From the classic TV series Star Trek Deep Space 9, an 8½-inch-long Starfleet type-2 phaser – one of only three made for the episode titled “Trials and Tribble-ations” – zapped its $800-$1,200 estimate, selling to a LiveAuctioneers bidder for $18,880.

Harkening back to Hollywood’s “golden era,” a 1928 presentation album given to visiting British journalist Sir Charles Egglesden had been created by the Academy of Motion Picture Arts & Sciences as a special gift to the media, and was embossed with the recipient’s name in gold. The album contained more than 35 personally inscribed and autographed photos of such screen legends as Greta Garbo, John Barrymore, Clara Bow, Gloria Swanson, Tom Mix and Harold Lloyd. The early motion picture treasure trove sold online for $14,160.

“LiveAuctioneers was very proud to have provided the live-bidding services that drew so many serious collectors and quality bidders to Profiles in History’s sale,” said Ellison. “Authentic Hollywood memorabilia has never been more in demand, and we expect the interest in this type of material will only increase in the years to come.” 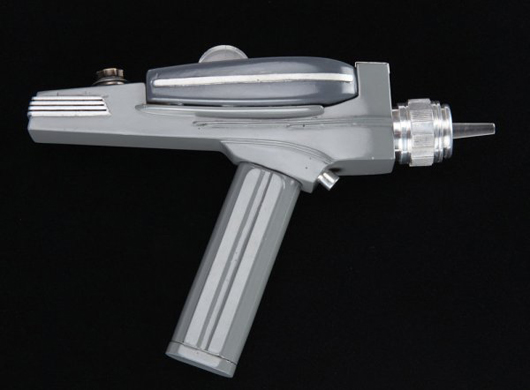 23rd century Starfleet type-2 phaser from Star Trek Deep Space 9, one of only three made, $18,880. Image courtesy of LiveAuctioneers.com Archive and Profiles in History. 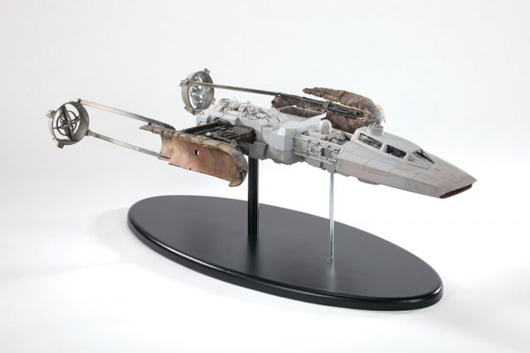 Miniature of Y-Wing Fighter used in the filming of Star Wars: Episode IV (1977), $47,200. Image courtesy of LiveAuctioneers.com Archive and Profiles in History. 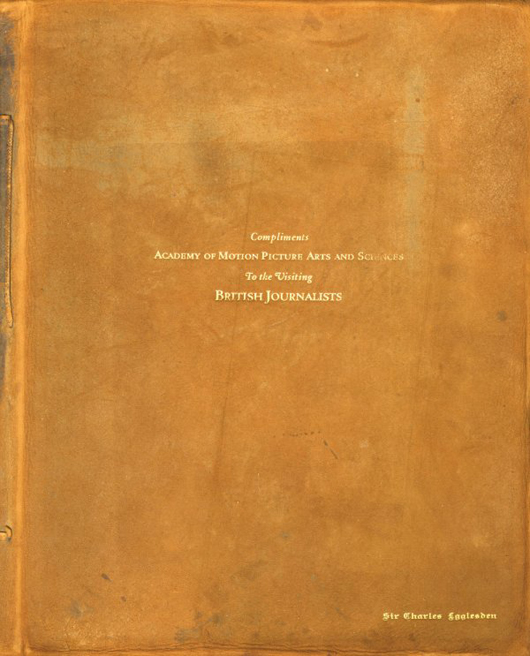 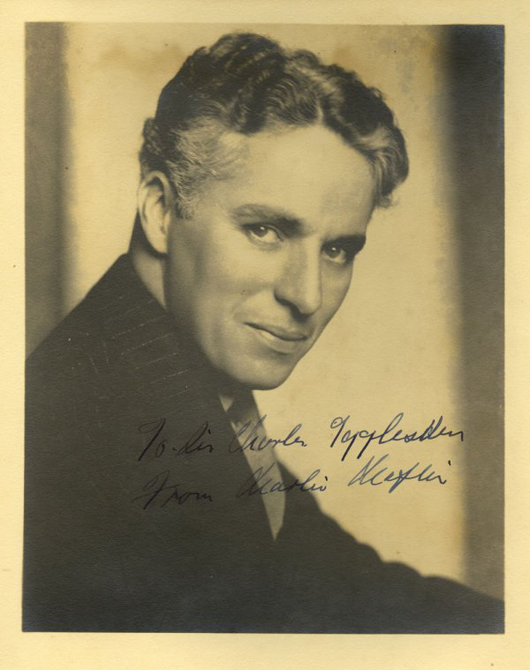 Each photo in the movie star album was not only autographed but also personally inscribed to the recipient, such as this picture of Charlie Chaplin. Image courtesy of LiveAuctioneers.com Archive and Profiles in History.