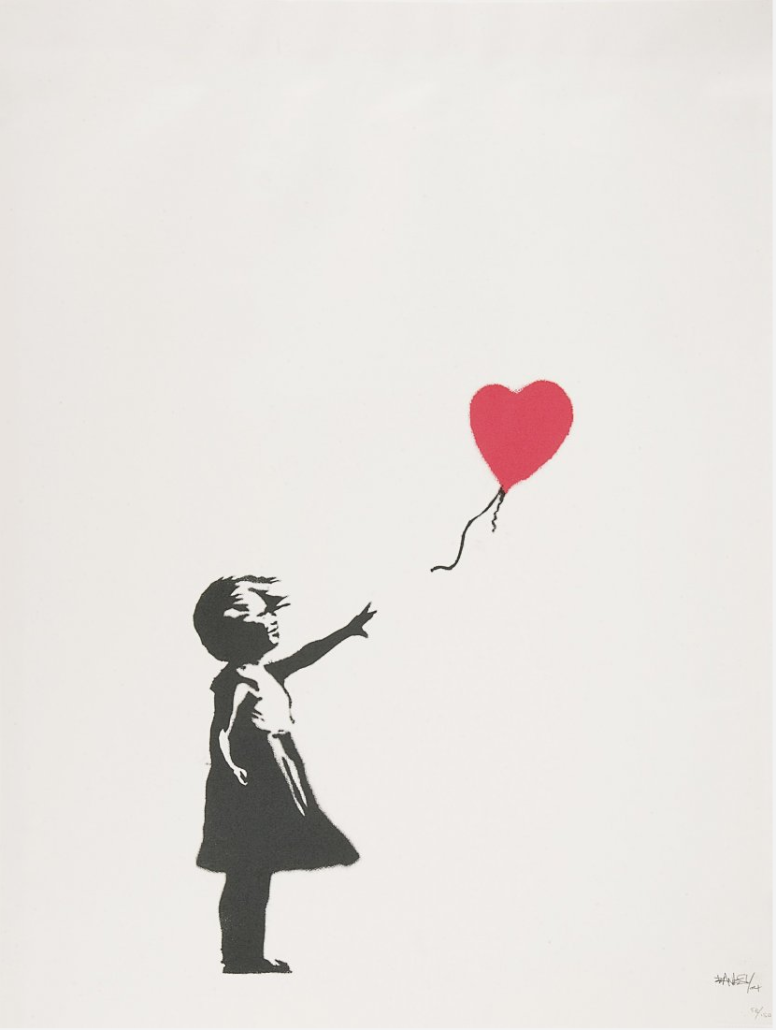 View the catalog and prices realized on LiveAuctioneers.

“The breadth and depth of bidding from British, American and European buyers demonstrated that Banksy’s market is thriving,” said Rupert Worrall, head of Forum Auctions’ Modern & Contemporary Art and Editions department. It is also Worrall’s well-informed opinion that, based on the October 12 results, Forum Auctions “has recalibrated the pricing for future sales of Banksy editions.”

There is much to substantiate Worrall’s observations, starting with Lot 14 in Forum’s recent sale, which is shown above. The 2014 screenprint from an edition of 150 titled Girl with Balloon, signed and dated in black ink, had been entered with an opening bid of $30,700. Accompanied by a certificate of authenticity (COA) from Banksy’s “Pest Control Office,” it achieved a winning bid of $104,750 – a new world auction record.

A complete set of six screenprints from the edition of 500 sets titled Barely Legal, shown below, was published in Los Angeles in 2006-7. Bearing publisher’s blindstamps and accompanied by a COA, it sold just shy of its high estimate for a record $60,630. 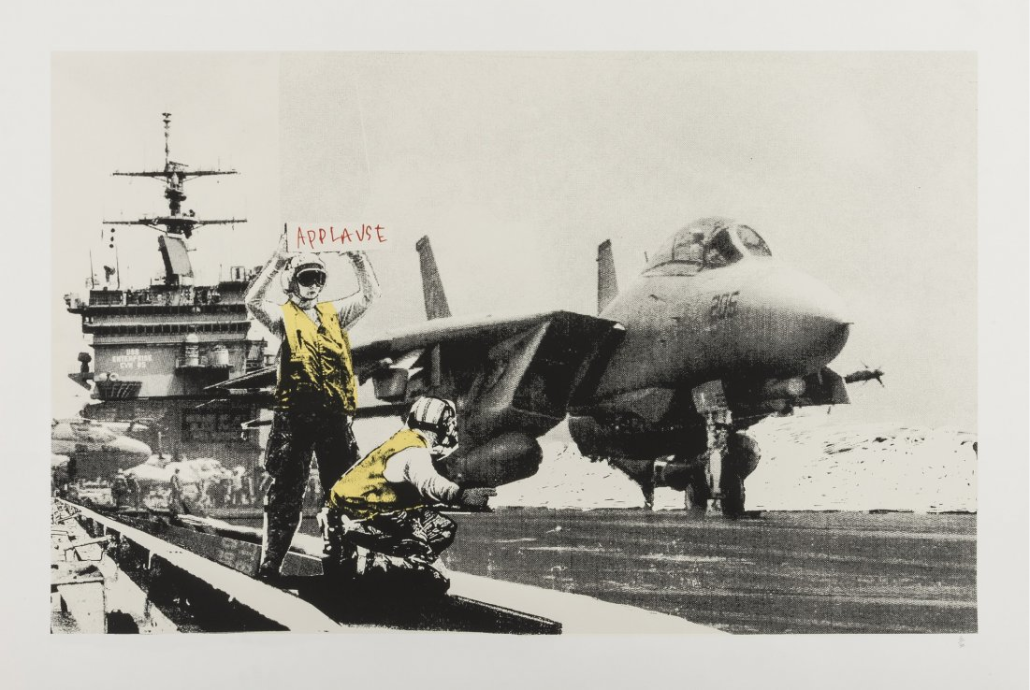 Lot 38, a 2008 screenprint in colors titled NOLA (Orange Rain), shown below, came from a signed and numbered edition of 32. With COA and publisher’s blindstamp, it also set a world record in achieving $50,025. 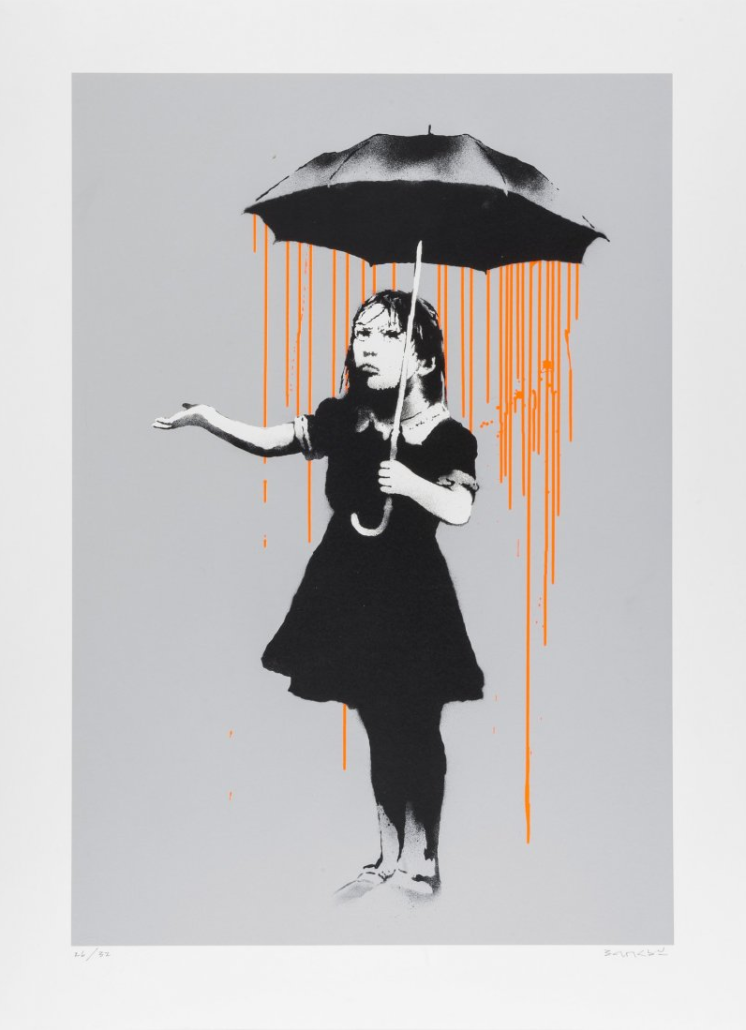 A cartoonish bright-purple depiction of a youth walking his barking dog, from an edition of 25 titled Choose Your Weapon, also entered new-record territory in reaching $40,680. 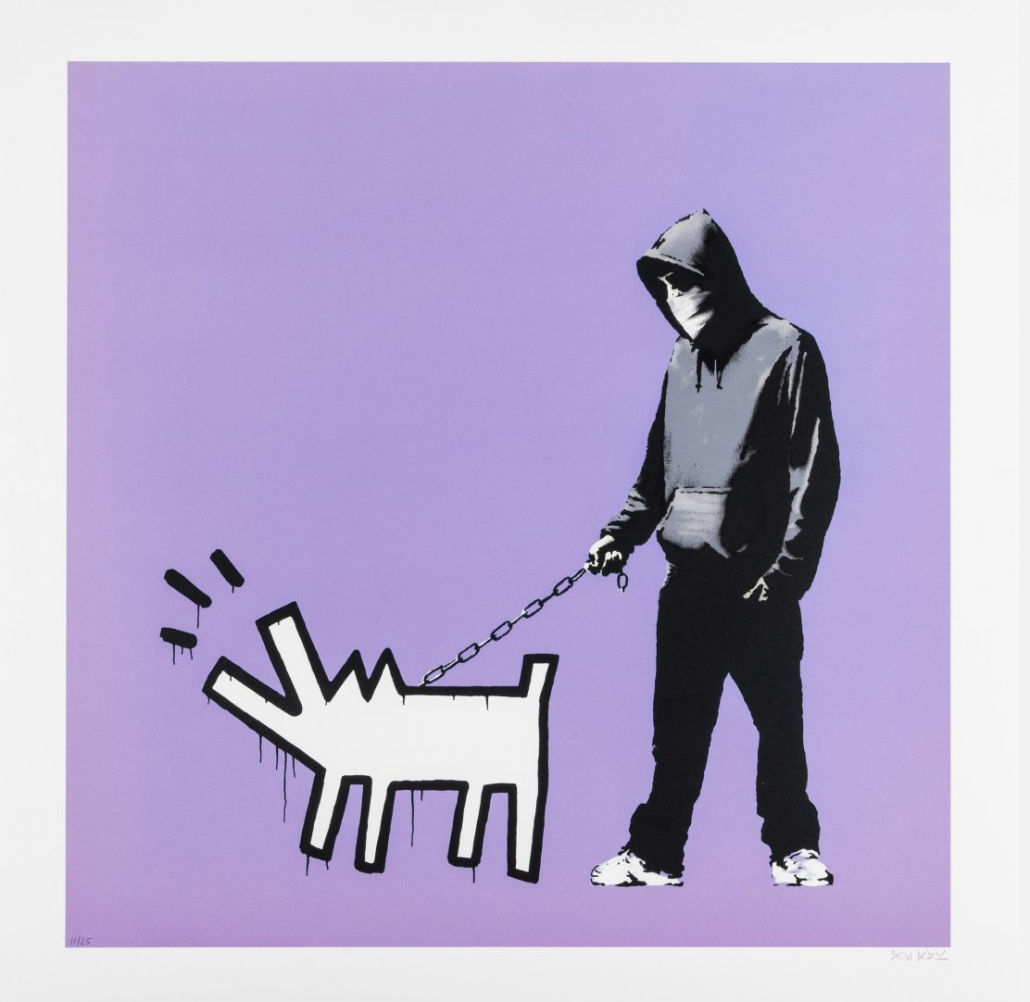 Forum Auctions is currently accepting consignments for its next sale of Modern & Contemporary Editions, which will include works by Banksy, Roy Lichtenstein, Pablo Picasso, Andy Warhol and many more of today’s most collected artists. For additional information, contact Forum Auctions by emailing info@forumauctions.co.uk.

View the catalog and full prices realized on LiveAuctioneers.