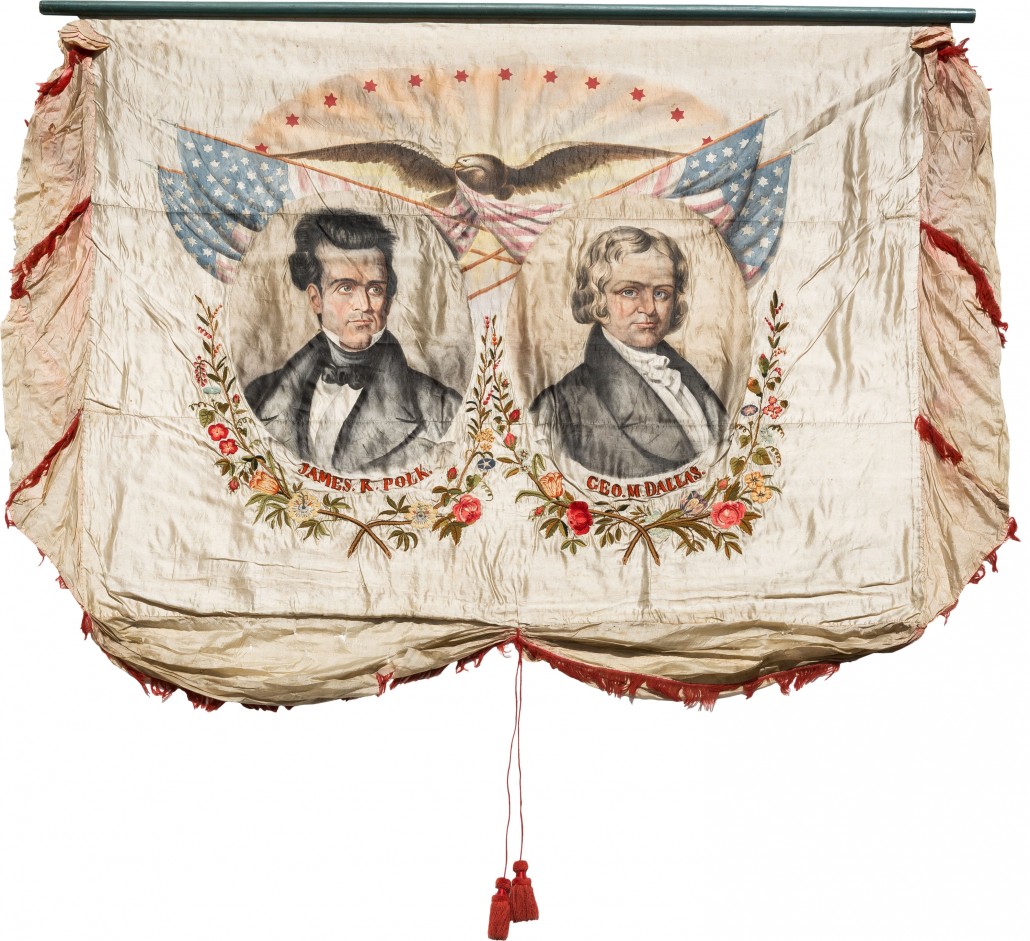 The front of the double-sided jugate banner from the 1844 presidential campaign of James K. Polk. Heritage Auctions image

DALLAS – An outstandingly preserved hand-painted, double-sided jugate banner from the 1844 Presidential campaign of James K. Polk sold for $185,000 and claimed the world record as the most valuable piece of political memorabilia ever sold at public auction in Heritage Auctions’ June 27 presentation of the Merrill C. Berman Collection Part II. The banner took top-lot honors amid more than 350 lots that realized $756,178 and recorded a sell-through rate exceeding 98 percent by value. Absentee and Internet live-bidding services were provided by LiveAuctioneers.

“Simply, this is the finest political banner known to exist and fully deserving of a new world record,” said Tom Slater, Director of Americana Auctions at Heritage Auctions. “Not only is this banner historically important to early American political campaigns, it is true work of art unique in the world of Americana memorabilia and American folk art.”

The auction represents just the second time the banner has been seen publicly in more than 30 years. It was first shown publicly when it graced the cover of the catalog for the 1984 exhibition of items from the Berman Collection at the Hudson River Museum. The 171-year-old banner spans 76 by 75 inches, and its colors and portraits of Polk and running mate George M. Dallas remain vivid and vibrant.

A second banner in the auction is also from the 1844 election and featured Polk in addition to his opponent Henry Clay. A delightful folky hand-painted scene depicts Clay giving Polk a sound drubbing below a soaring eagle holding a banner reading “Protective Tariff,” an issue central to Clay’s campaign. The banner sold for $31,250.

A large “pewter rim” engraved portrait of Andrew Jackson under glass sold for $20,000 against a $2,500 estimate. Although quite prolific in its time, few remain, and larger specimens like the example auctioned by Heritage, measuring a full 94 millimeters in diameter, are highly sought after by collectors of pre-Civil War political and presidential memorabilia. A classic Abraham Lincoln ambrotype brooch by George Clark, perhaps one of the most famous of all photographic political badges of all time, quickly surpassed its $5,000 pre-auction estimate to end at $16,250.

The storied Berman collection of pinbacks once again lived up to its reputation as an iconic jugate of Cox and Roosevelt, referred to as the “Americanize America” button, sold for $20,000 despite some minor condition issues. A rare jugate pinback of Davis and Bryan, the Democratic ticket which lost badly to Coolidge and Dawes in 1924, sold for $18,750 and a stunningly vibrant jugate by American Artworks of Coshocton, Ohio, featuring Wilson and Marshall brought $11,875. 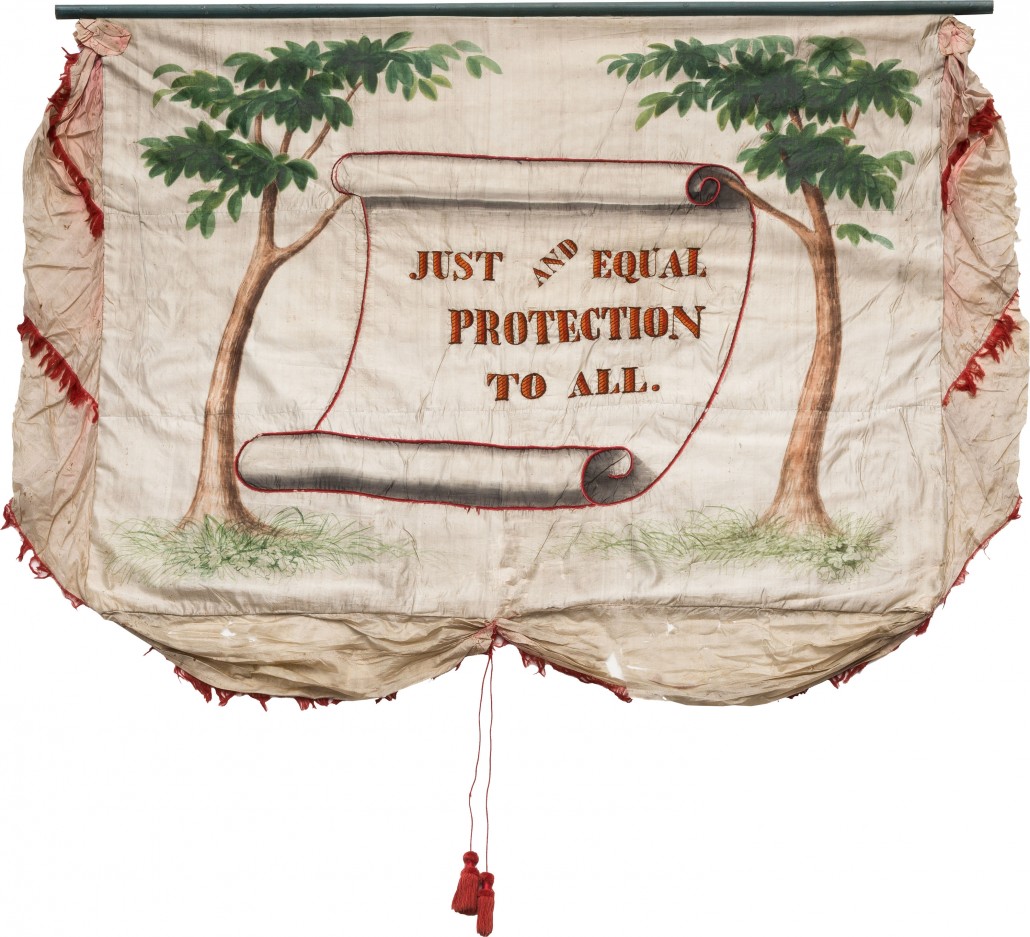 Polk’s slogan: ‘Just and equal protection of all,’ appears on the reverse of the banner. Heritage Auctions image