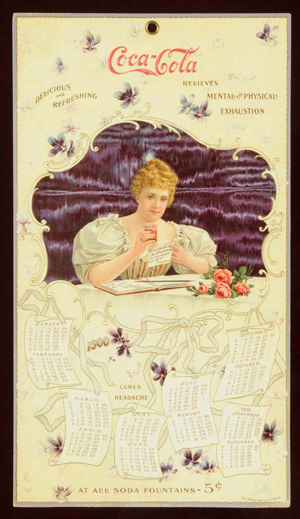 Top lot of the sale, the only known near-mint-plus 1900 Coca-Cola calendar featuring image of model and actress Hilda Clark, the first beauty to appear in the soft drink company’s ads; $210,000. Morphy Auctions image

DENVER, Pa. – Motivated bidders and an unprecedented selection of antique advertising and coin-op machines found common ground at Morphy’s gallery over the weekend of Aug. 22-24, with the result being a $3,120,000 total for the rapidly growing Pennsylvania auction house.

The event marked a dual milestone for Morphy’s. It was their most successful antique advertising/coin-op sale to date, and the second-highest-achieving auction of any type in the company’s history. Morphy’s continues to hold the record for highest-grossing one-day auction of a single-owner toy collection, the $7.7 million sale of Stephen and Marilyn Steckbeck’s antique bank collection, held Oct. 27, 2007. All prices quoted in this report include a 20% buyer’s premium.

LiveAuctioneers provided Internet live-bidding services for the sale and played a major role in its success. The 436 items sold through LiveAuctioneers added $683,550 to the three-day total, bolstered by 3,901 live bids and 1,639 absentee bids. The online catalog posted to LiveAuctioneers attracted 110,959 page views.


“There was interest in virtually every category we offered, both before and during the auction,” said Dan Morphy, founder and president of Morphy Auctions. “World auction records were set in many categories, but the real scene stealer was the Gordon Breslow calendar collection, which included an example of every calendar issued by Coca-Cola since 1896. Many of the calendars were the finest known examples and the very ones pictured in Petretti’s Coca-Cola Collectibles Price Guide. You can’t beat that level of provenance.”

In fact, each and every one of the top five Coca-Cola calendars sold at Morphy’s three-day sale broke the previous world auction record for Coca-Cola (paper) ephemera of any type.

Most refreshing of all the Coca-Cola items offered was Lot 719, which Morphy’s experts believe to be the only existing near-mint-plus Coke calendar from the year 1900. It featured an image of model and actress Hilda Clark, the first beauty to appear in the soft drink company’s ads. Entered in the sale with a $50,000-$100,000 estimate, it spurred a saleroom battle that ended with a winning bid of $210,000.

Another high-flier from the Breslow collection was Lot 711, an 1896 Coca-Cola calendar that, like the aforementioned 1900 calendar, is believed to be the only known survivor of its condition and type. Retaining a partial calendar pad, it was presented in a deep shadow box with an ornate gilt frame. Against an estimate of $30,000-$60,000, it was bid aggressively to $105,000.

Coke was not the only beverage in demand at Morphy’s. Record-setting prices were paid for soda fountain memorabilia touting other brands, as well. Lot 1034, a petite 1900 Hires “Munimaker” salesman’s sample, replicated a type of full-size root beer dispenser in use around the turn of the 20th century. Against a $40,000-$60,000 estimate, it served up an $84,000 winning bid – the most ever paid at auction for this particular type of item.

Uncommonly seen, Lot 1145, a circa-1918 Montelaise Cheriola ceramic syrup dispenser, pumped up a winning bid of $46,800 against a presale estimate of $12,000-$18,000. But even higher prices would follow in the soda-fountain category. As the name suggests, a Grapefruitola ceramic syrup dispenser, cataloged as Lot 1163, was shaped in the form of a plump, leaf-embellished grapefruit. In near-mint condition and estimated at $15,000-$25,000, it squeezed a much healthier $66,000 from one of the many competitors hoping to add it to their collections. Each of the dispensers mentioned here set new world auction records for their respective forms.

More than 100 tobacco-related lots were offered. In a field of premium-quality entries, the surprise of the day was Lot 83, an Empire State vertical pocket tin issued by Peet Bros. Tobacco Manufacturers. The cobalt blue and yellow container with a striking image of the Empire State Building had been expected to reach the $300-$600 level, but collectors had a different idea and bid it all the way to $24,000. It was, by far, the most money ever paid at auction for an Empire State pocket tin.

Morphy’s upcoming sales include a Sept. 19-21 Fall 2014 Coin-op and Antique Advertising Auction at Victorian Casino Antiques in Las Vegas, the first event to be held under the Morphy’s banner since their acquisition of the revered Nevada firm. The 1,700-lot auction will feature approximately 100 antique and vintage gambling machines from the storied collection of the late William F. Harrah (1911-1978), founder of Harrah’s Hotel and Casinos.

For additional information on any upcoming auction, or to discuss consigning to Morphy’s, contact the gallery by calling toll-free 877-968-8880 or 717-335-3435; or emailing info@morphyauctions.com. 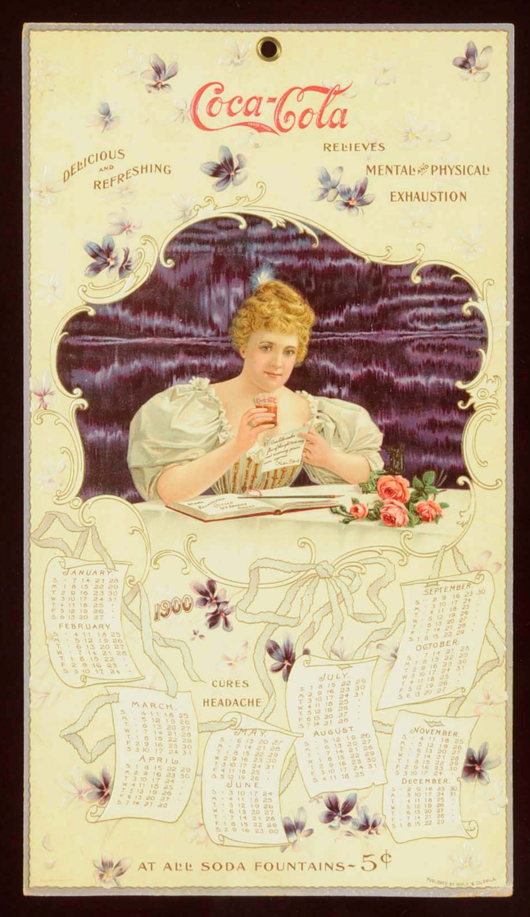 Top lot of the sale, the only known near-mint-plus 1900 Coca-Cola calendar featuring image of model and actress Hilda Clark, the first beauty to appear in the soft drink company’s ads; $210,000. Morphy Auctions image 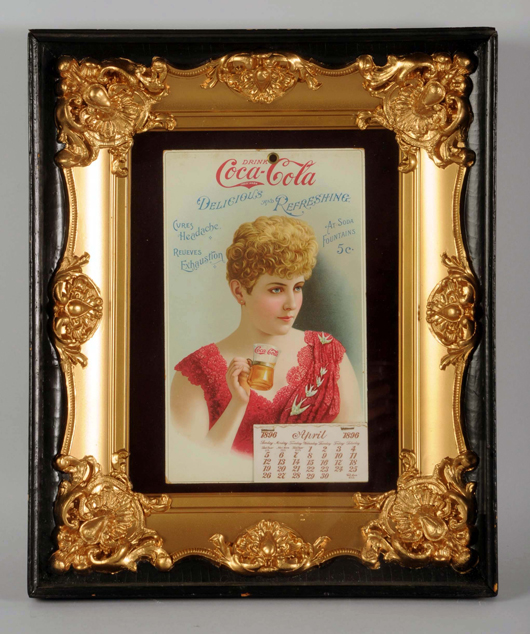 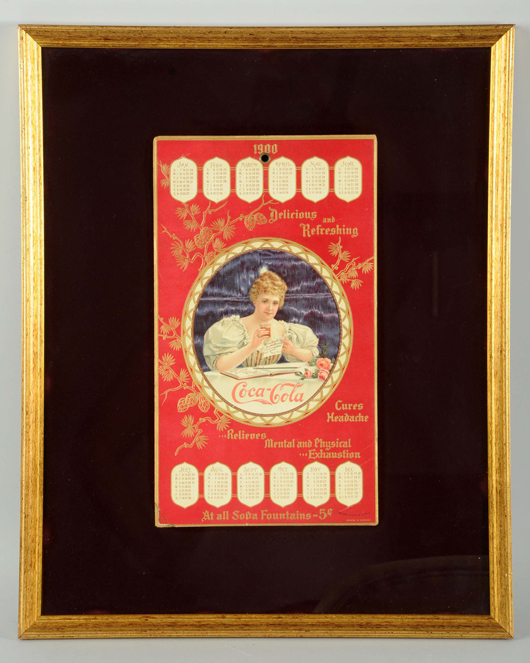 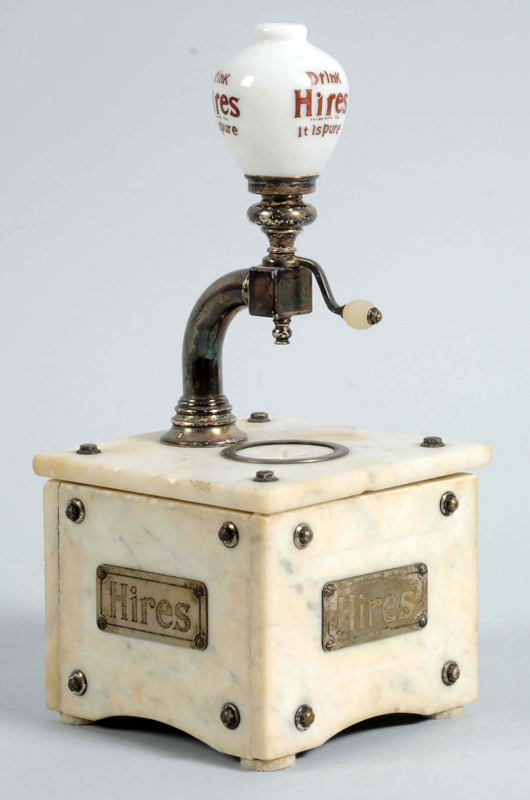 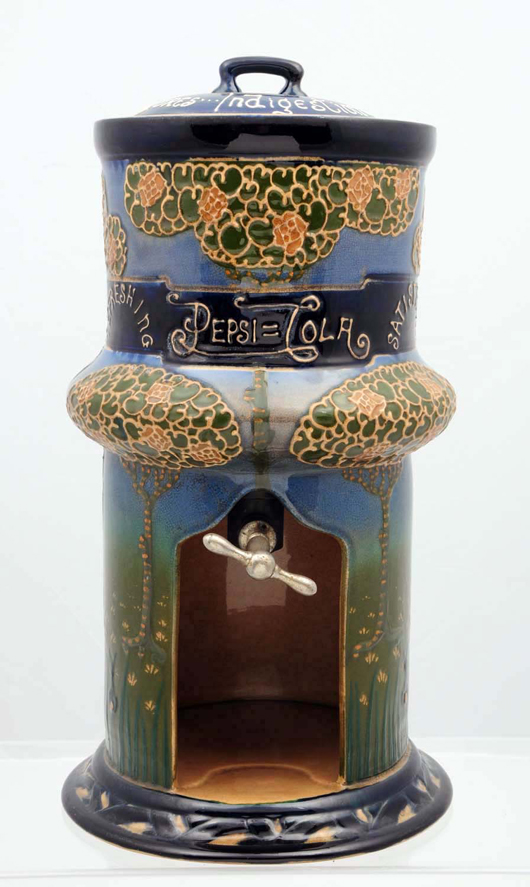 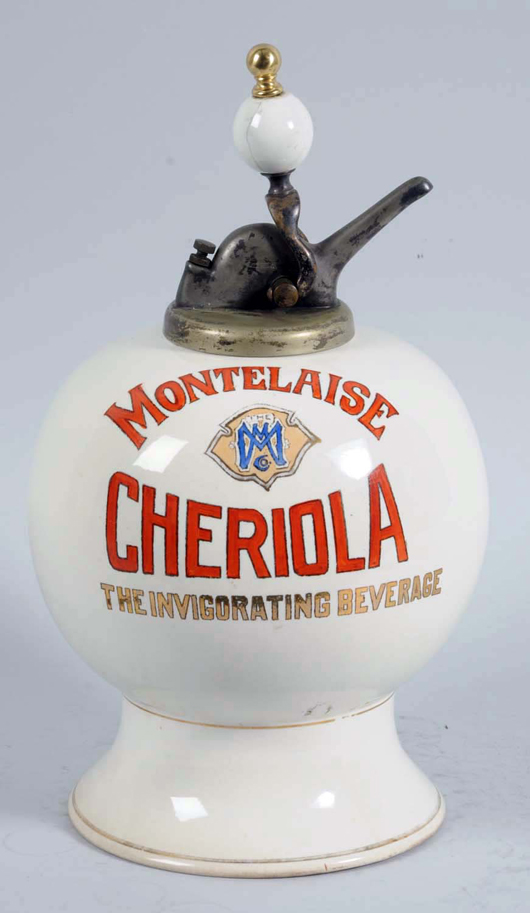 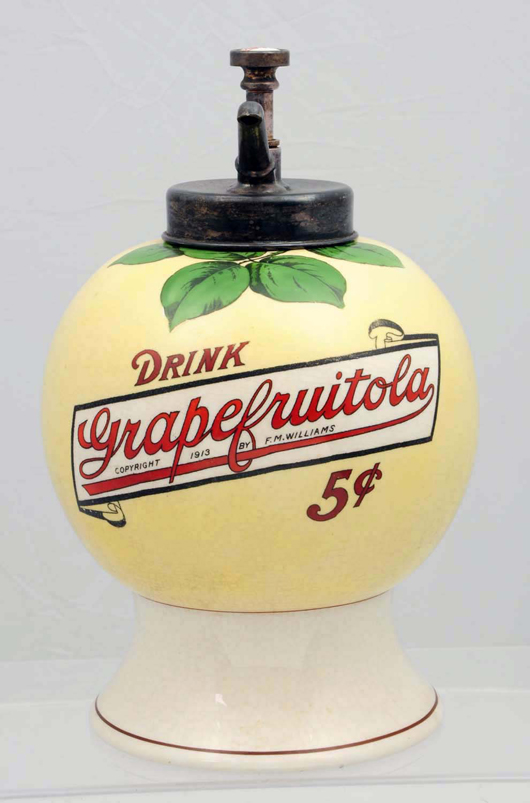 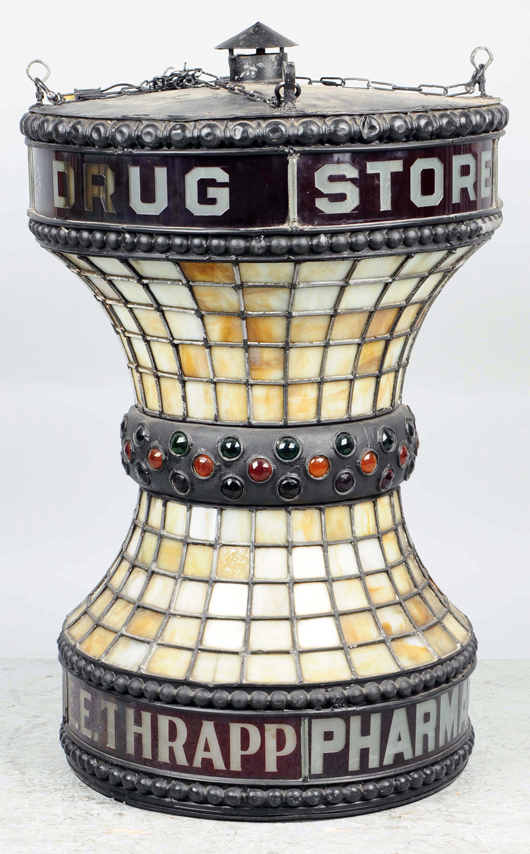 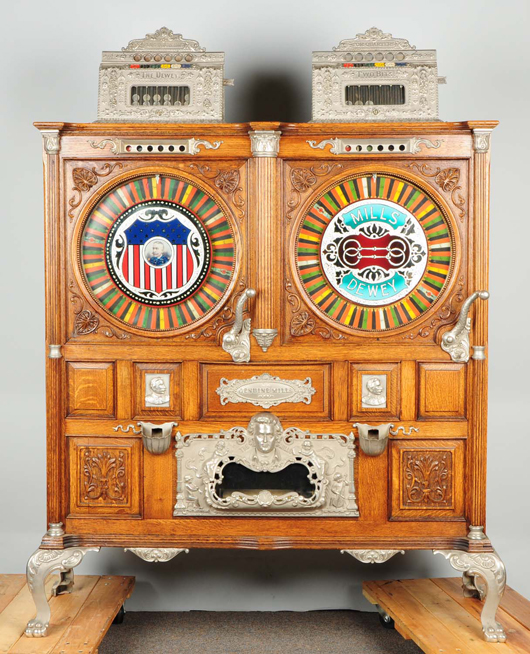 Auerbach works from Lucian Freud estate on view at Tate