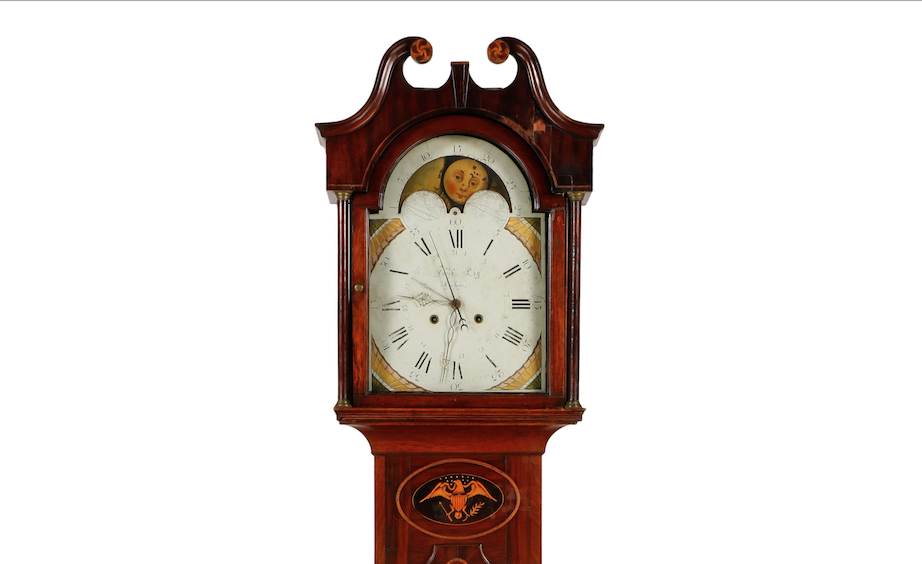 Just over 1,160 lots came up for bid, in a wide range of categories, mostly pulled from prominent local estates and collections. Including the 18 percent buyer’s premium, the auction grossed $710,000.

As with many of the firm’s previous auctions, most of the bidder action was Internet generated. Over 8,200 people in more than 16 countries registered to bid through LiveAuctioneers.com.

The Jacob Eby clock attracted bidders who were wowed by the 95-inch-tall case, hand-painted dial (signed “Jacob Eby Manheim”) and other outstanding features, all resting on bracket feet with a federal eagle inlaid roundel. The dial appeared under a moon phase, with Roman numerals showing within a chapter ring and fluted spandrels, atop a cove molded waist and flat panel base. 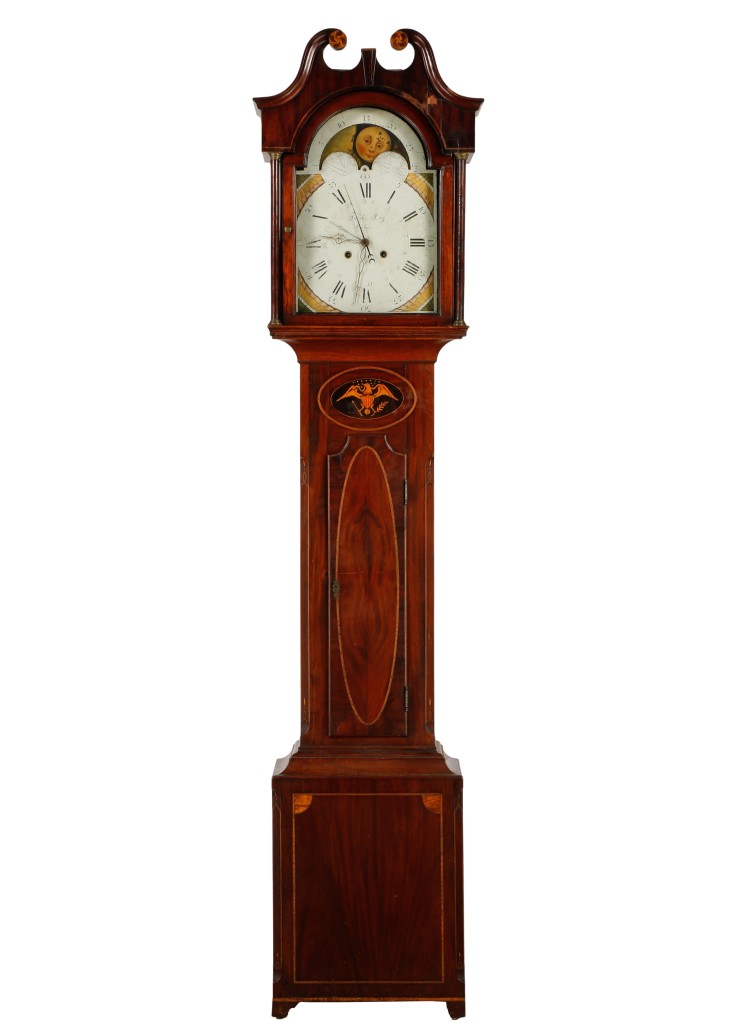 The 1965 Lichtenstein color litho, shown below, was artist-signed in pencil and was in an edition from an unknown print run. It was a modern work, depicting the sun rising above undulating hills in red, with highlighted borders in blue. The unframed sheet measured about 18¼ inches by 24½ inches. Lichtenstein, along with Andy Warhol and Jasper Johns, helped define American pop art. Modern prints by Warhol and Robert Rauschenberg were also sold as part of the fine art category. 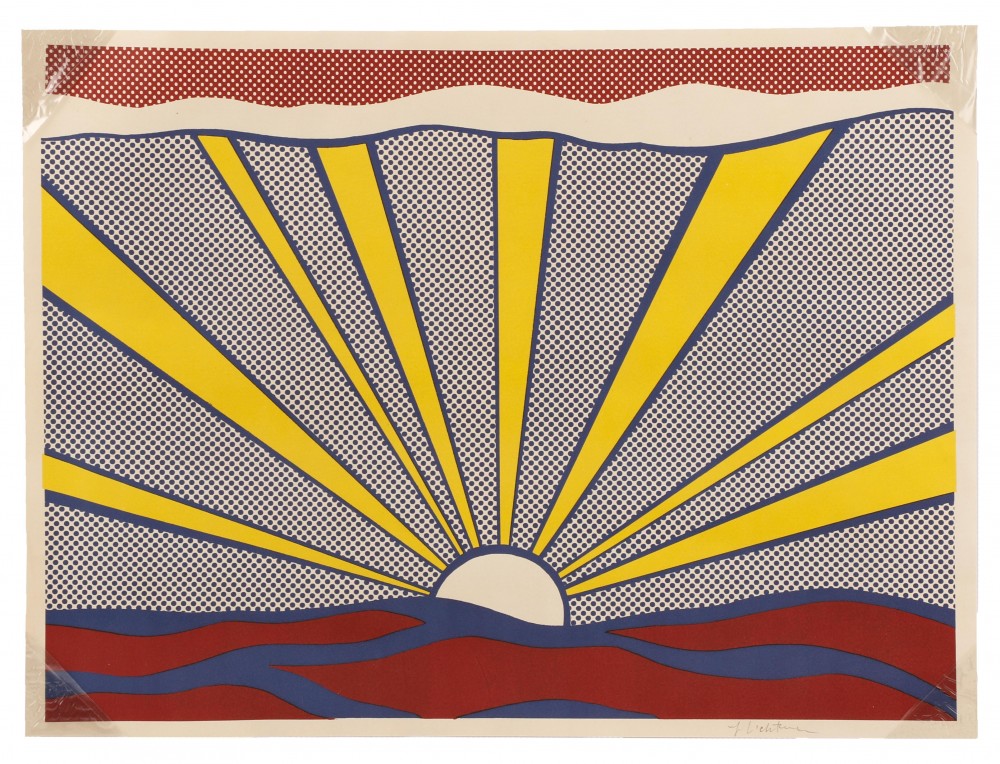 Following are additional highlights from the auction:

The runner-up lot of the auction was a late 19th/early 20th-century British School oil on canvas depiction of a naval battle scene from the Napoleonic Wars, titled Battle of Trafalgar, signed “G. Watters.” It sold for $10,030. 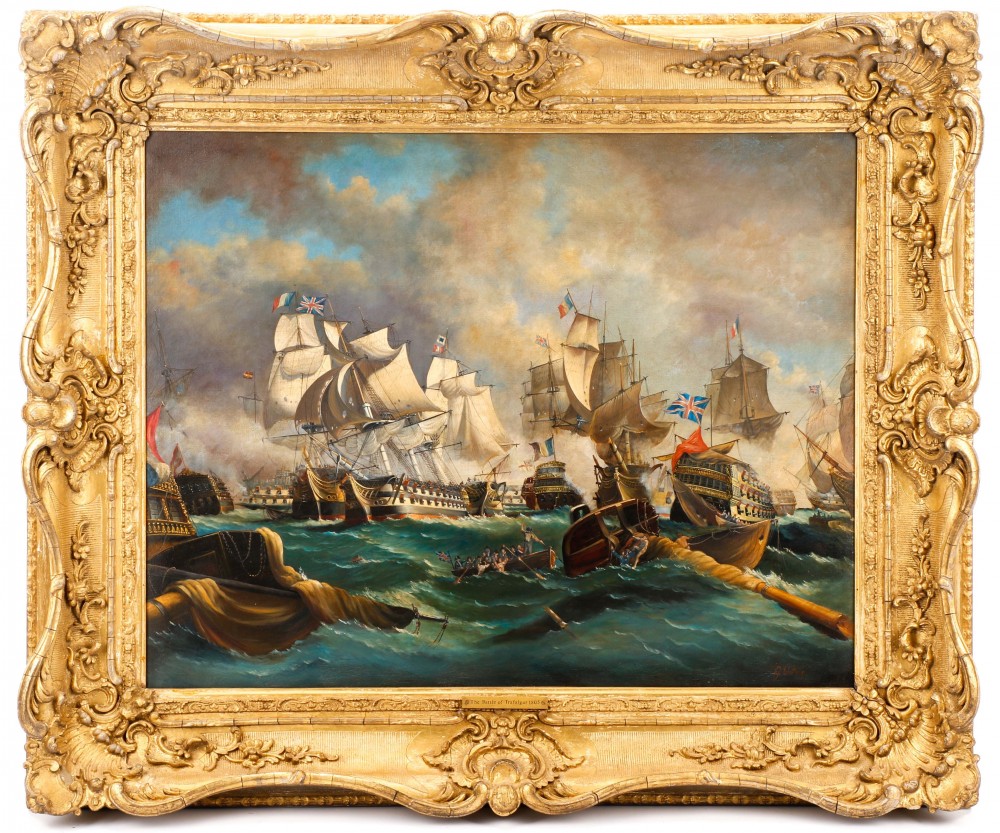 Also, a circa 1990 mixed media figural, neo-surrealistic painting on colored paper by Paul Pletka (Am., b. 1946), titled Yellow-Rumpted Cacique, artist signed, made $1,770. 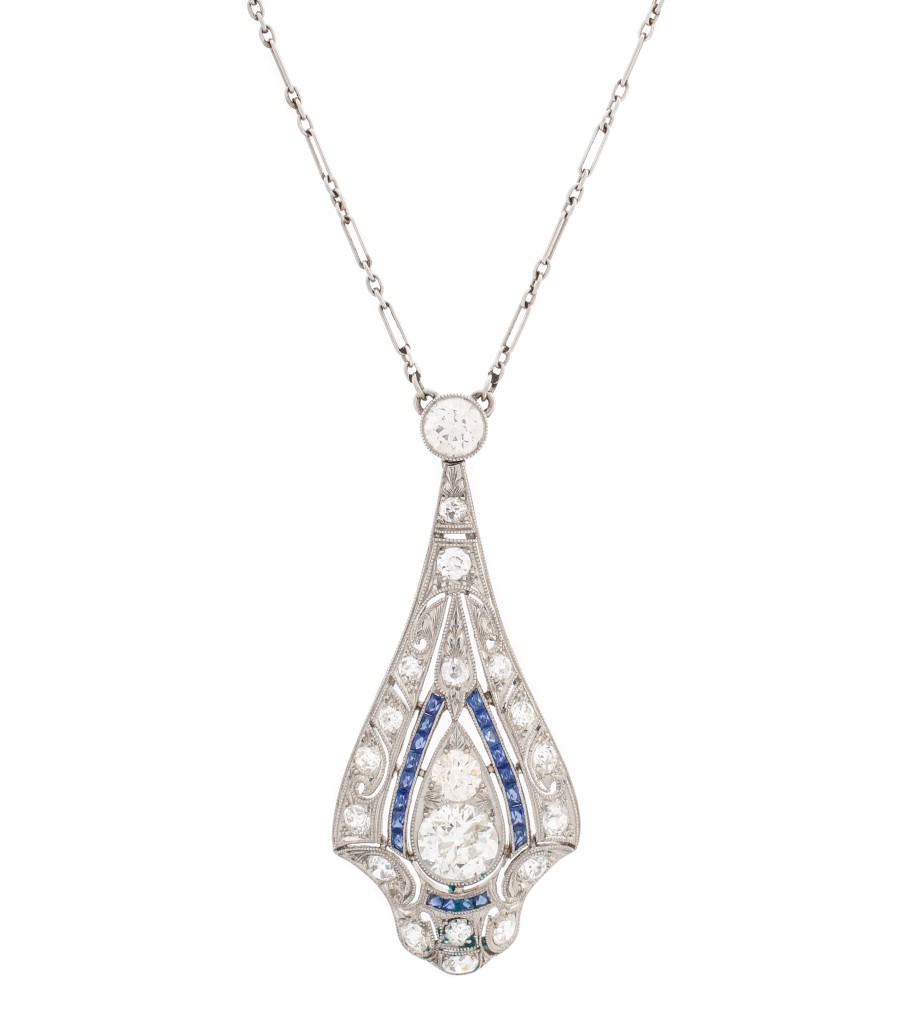 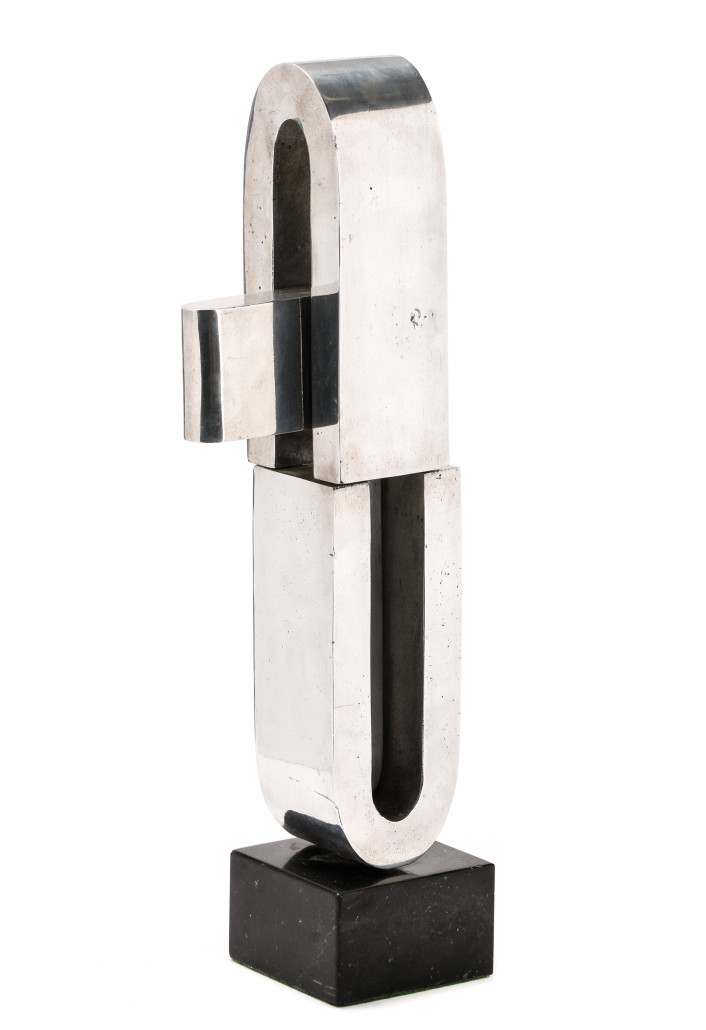 An exquisite and large Chinese School silk embroidery panel, shown below, Qing Dynasty (19th century or earlier), 79½ inches by 50 inches, went for $5,310; and a fine palace-size, hand-woven Persian Bakhtiari wool rug, made in Iran, with a full, floral design resting on a red field, 11 feet 7 inches by 15 feet 7 inches, hit $3,245. 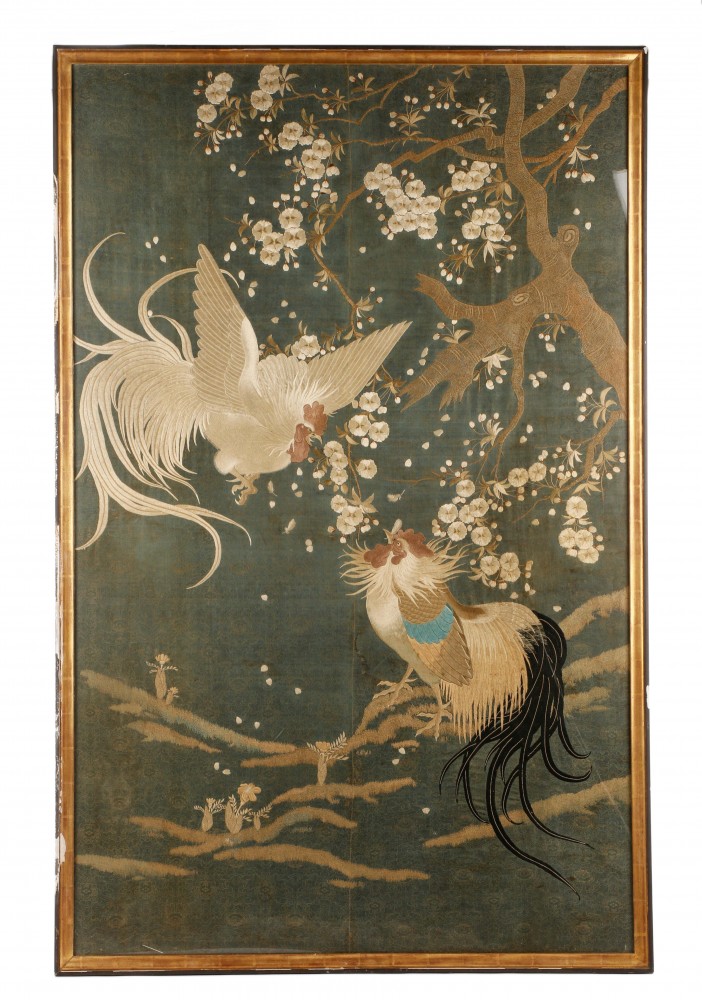 Furniture lots included a pair of late-19th-century English Gothic Revival stained and carved oak cabinets, each with a square, beveled edge top above four paneled sides and with a central Gothic arch, each 46 inches tall, $2,655; and a pair of Marcel Breuer (Hungarian, 1902-1981) “Wassily” lounge chairs made for Knoll and designed in 1925, $1,416.

Ahlers & Ogletree’s next big sale will be a three-day Autumn Noteworthy Collections Auction, slated for the weekend of October 14-16, also also with absentee and Internet live bidding through LiveAuctioneers. There will be more than 1,200 lots of fine period antiques, art, decorative arts, mid-century modern, silver, estate jewelry, Asian art, lighting, textiles and more. The auction will be highlighted by a large collection of rare and fine American and Continental art glass and perfume bottles, a private collection of modern and mid-century modern furniture and decorative arts, and a large collection of modern art.

Ahlers & Ogletree is a multi-faceted, family-owned business that spans the antiques, estate sale, wholesale, liquidation, auction and related industries. Ahlers & Ogletree is always seeking quality consignments for future auctions. To consign an item, an estate or a collection, call 404-869-2478 or e-mail consign@AandOauctions.com.