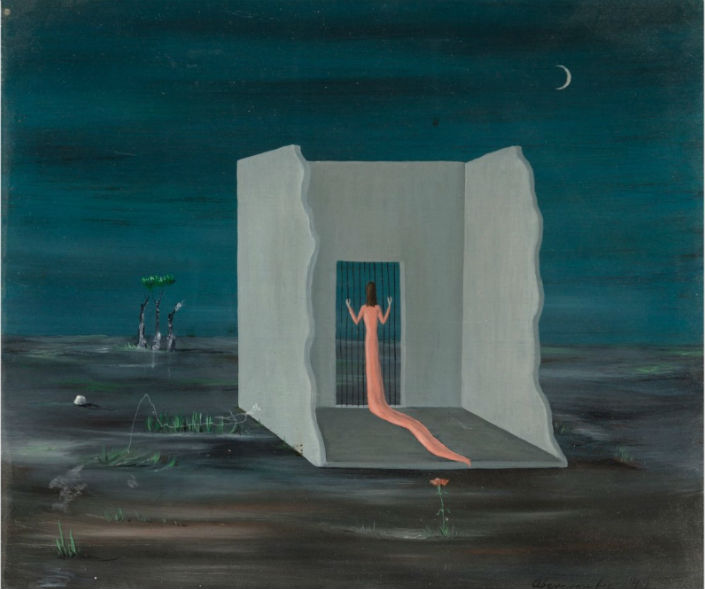 The top lot was Abercrombie’s 1949 Untitled (Woman in a crumbling cell), which realized $35,000. Done in oil on Masonite and signed by the artist in the lower right corner, the painting (above) comes from a Chicago-area descendent of the artist.

Raffaello Romanelli continued the recent trend of auction success for Florentine school Carrara marble sculptures when his Raphael with his muse Fornarina (below) soared all the way to $32,500 at the final hammer. The Italian sculptor landed two other pieces among the auction’s top offerings, when his Apollo and Daphne more than doubled its high estimate, ultimately bringing in $20,000, and his Moorish Figure went for $10,625.

Spirited bidding pushed an eight-piece Russian silver and enamel punch or drinking set to more than double its low estimate, finishing at $21,250. 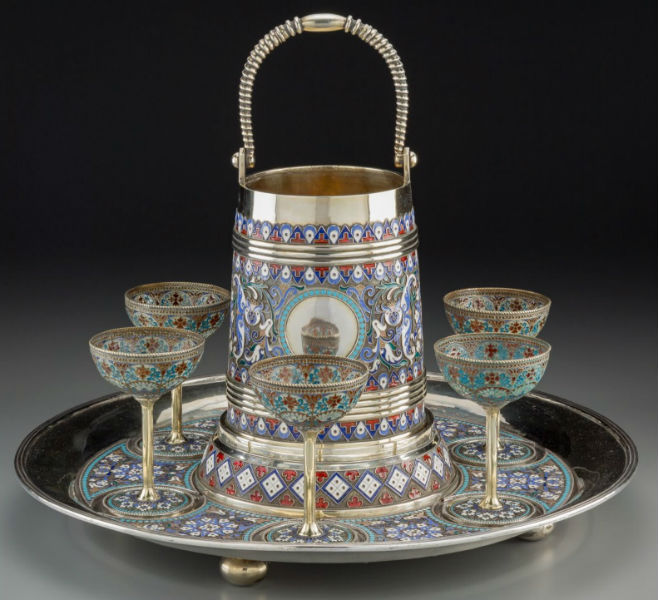 One of the sale’s eye-grabbing lots was a large five-piece Dale Chihuly studio glass basket group, which drew $18,750. This set – the largest of which stands 19 ¾ inches high and has a diameter of 17 ½ inches – is a monumental collection of studio glass that came from a Dallas couple who bought it directly from the artist. 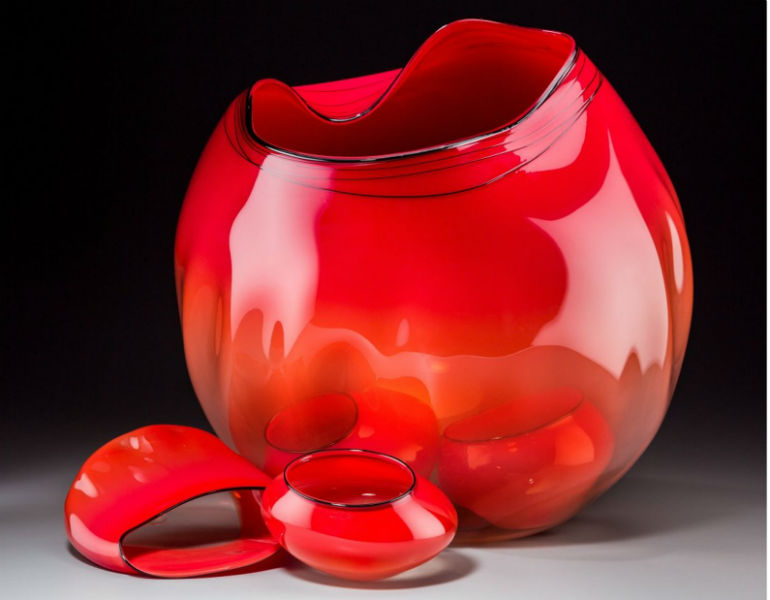 Among the most popular items in the auction was a 14K gold pre-Columbian-style ceremonial ram drinking vessel in the manner of the Chimu Civilization, which became the object of desire for numerous bidders, who pushed its final return all the way to $17,500 – nearly double the high estimate.