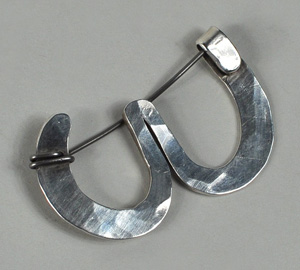 The auction had a diverse offering of 537 lots of estate material from three prime estates and numerous other estates and consignors. A standing room only crowd was present in the saleroom to compete for the eclectic material on offer. According to Thomas Schwenke, owner/auctioneer, in this sale the firm experienced nearly 100 percent increase in participation on the Internet with almost 700 bidders competing online during the sale and over 2,200 live Internet bids placed, resulting in over 45 percent of the catalog lots selling on the Internet and over 1,300 Internet underbids being logged.

“Our Internet clerk, my daughter Margaret, did an absolutely amazing job handling the huge volume of Internet bidding activity in this sale,” said Schwenke.

The Calder brooch, estimated at $12,000 to $18,000, was sold for an existing Woodbury Auction consignor who decided to offer the piece subsequent to the firm’s notable sale of two other original Calder jewelry pieces in its Spring Fine Estates Auction on June 17. Like those pieces, the brooch had been a personal gift from the artist – in this case to Winifred McCulloch, a prominent New Yorker with social connections to Calder – and had never before been offered for sale. The brooch was in the form of McCulloch’s first initial “W” and she had bequeathed the specially conceived pin to the consignor in 1962. Calder, the noted prolific artist and sculptor whose home and workshop were in Roxbury, Conn., was known for gifting jewelry pieces to his friends during the course of his career.

The big surprise of the sale was a small framed woodcut print by Edna Hopkins, drawn from a New Haven, Conn. Modestly estimated at $60-$80, the print inspired fierce competition from absentee bidders, Internet bidders, and several bidders present in the room. The successful bidder claimed the prize through the Internet for a final total of $9,840. As he knocked down the print, auctioneer Schwenke quipped from the podium, “I guess we were a bit conservative on that one!”

Other noteworthy lots from included an English grain-painted folk art cupboard, which sold for $5,700 after lively bidding from several bidders in the audience. A signed limited edition of Ayn Rand’s Atlas Shrugged went for $748, and a Jose Formoso Reyes Nantucket friendship basket hammered for $2,935.

Jewelry and silver performed well, reflecting the recent increase in precious metal spot prices. A lot of four diamond rings went to a LiveAuctioneers’ bidder for $738, a three piece Continental Silver tea set sold for $2,706 to the Internet, and a four-piece sterling silver tea/coffee set brought $3,565 after brisk bidding in the room.

The Adolph collection included over two dozen grouped lots of vintage leather cases and automotive related picnic gear, and a like number of group and box lots of Bentley automotive memorabilia, catalogs, parts and signs. Top lots included a vintage Brooks Brothers wicker picnic case, which went to a internet bidder for $523, a group of assorted automobile parts which included a Jaguar hood ornament sold for $450 to an absentee bidder, and a large tin Pirelli Tyres trade sign went for $360.

Woodbury Auction’s next sale is Dec. 9, and additional consignments for that sale are being accepted through mid-November. Phone inquiries should be directed to 203-266-0323 and further information is available on the Internet at the firm’s website www.woodburyauction.com. 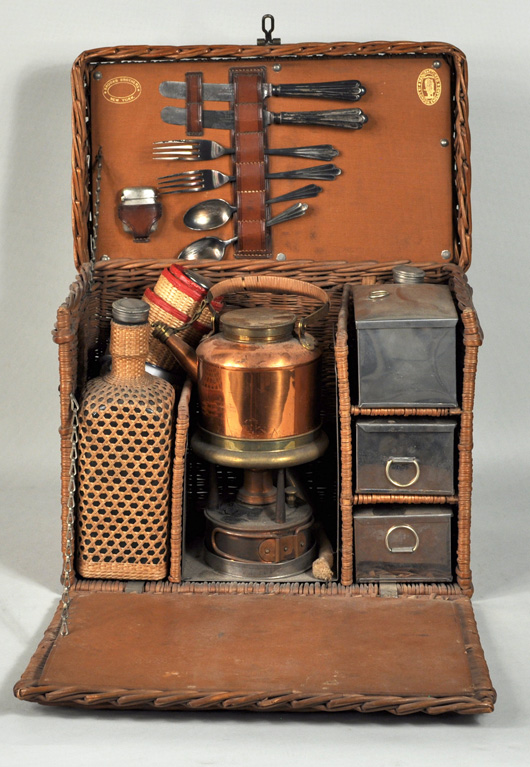 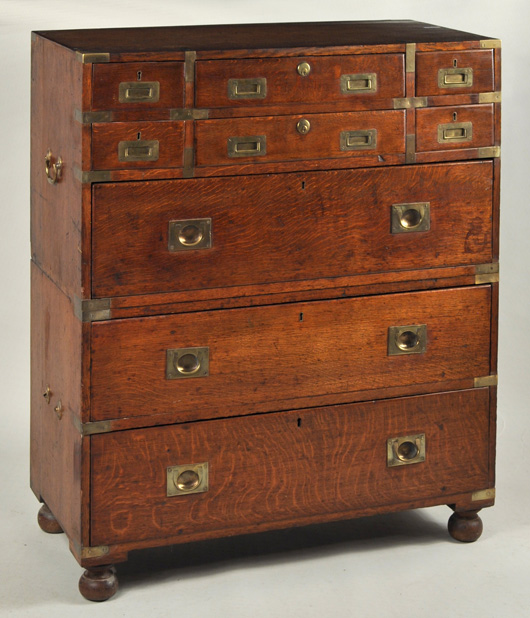 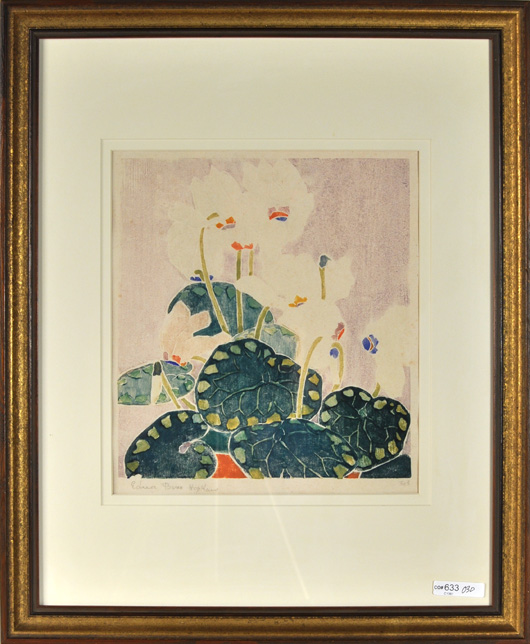 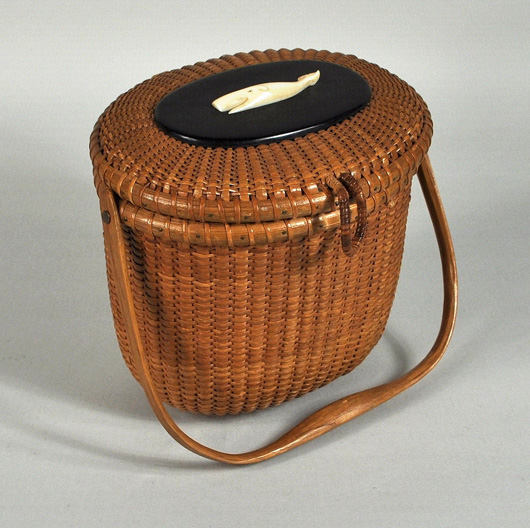 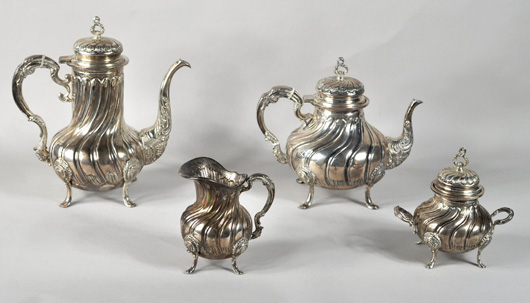 Version of ‘The Scream’ to go on display in New York