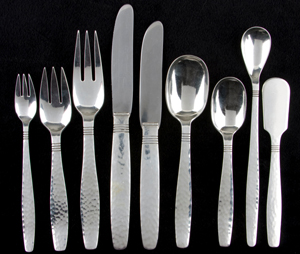 HILLSBOROUGH, N.C. – An important and complete 132-piece modern hammered sterling flatware service for 12 by the renowned California silversmith Allan Adler sold for $15,525 at Leland Little’s June 13-14 Historic Hillsborough auction. It was the grand opening event for the firm in its new gallery location, at 620 Cornerstone Court in Hillsborough.

Allan Adler honed his craft in California in the 1930s, and developed a strong following among many Hollywood celebrities (he once hosted Katharine Hepburn at his workbench as an apprentice), as well as presidents, museum curators and silver collectors. He once described his work as “clean lines with a bent toward the unconventional,” and that was evident in the large service that changed hands.

The silver service was the top earner of the more than 800 lots that crossed the block during the two days. About 250 people packed the showroom for the Saturday session, while around 150 bidders were counted on Sunday. Just under 1,000 absentee and phone bids were recorded going into Saturday, and Internet bidding was brisk via LiveAuctioneers.com, with around 500 registered bidders participating online.

“There was a great deal of anticipation leading up to the premiere event at our new gallery,” said Leland Little of Leland Little Auction & Estate Sales, Ltd. “The results exceeded our expectations. The auction was a hit, and everyone was favorably impressed with our modern, 10,000-square-foot facility. It’s a great environment for buyers and sellers to view items from our collections that come to market.”

The sale was preceded by a week-long preview, highlighted by an opening-night gala on June 11, at which the noted antiques expert Albert Sack had kind words to say about the Leland Little company; and a special lecture presentation on June 12 by Johanna M. Brown, director of collections and a curator at the Museum of Early Southern Decorative Arts (MESDA). Another MESDA curator, June Lucas, will be the guest speaker at the firm’s cataloged auction scheduled for Dec. 5-6.

Following are additional highlights from the sale. All prices quoted are inclusive of buyer’s premium:

The runner-up top lot was a French mid-19th century Raingo Freres figural mantel clock that served as cover art for the auction catalog. Featuring a porcelain signed dial and unmarked time and strike brass movement set within a gilt bronze urn on a matching acanthus footed base, the clock brought $9,775. Also, an ornate German wall clock made in 1880 and with nice color and patina realized $2,990.

A signed Tiffany Studios counterbalance desk lamp with heavy patinated bronze construction throughout and a webbed damascene shade lit up the room for $8,912; an Irish sterling silver soup tureen with cover (Georgian, 1821), with figural engravings, soared to $8,050; and a Staffordshire historic blue plate (circa 1820s), commemorating Gen. Lafayette’s 1824-25 tour of the U.S., hit $2,530.

Regional folk art pottery was a hit, per usual. A Burlon Craig 3-gallon face jug (N.C., circa 1980) breezed to $2,645; a 20th-century chip carved figural of a black preacher, titled Man of the Cloth (circa 1900), reached $1,150; and a Billy Ray Hussey cat doorstop, signed on the bottom, went for $748. Also, a restored pre-Columbian Guatemalan pot with polychrome decoration changed hands for $3,450.

Decoys struck an impressive pose. A handsome Brant decoy (Ocracoke, N.C.) was a hit for $5,060; a Southern swan decoy by an unknown maker (but probably crafted in Virginia or North Carolina) settled at $1,150; and a Canada goose decoy by Ira Hudson – an early production example, with tack eyes, a belligerent pose and old paint – saw a top bid of $1,610.

To view the June 13-14 catalog with prices realized online through LiveAuctioneers.com, click here. 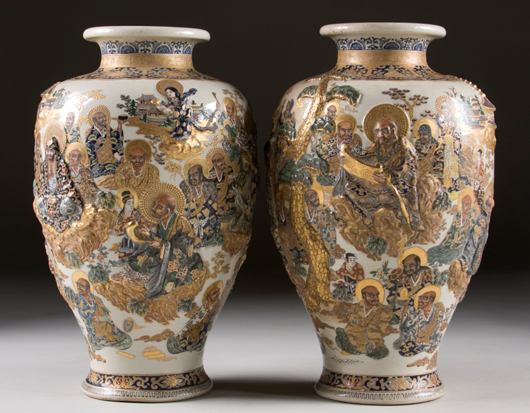 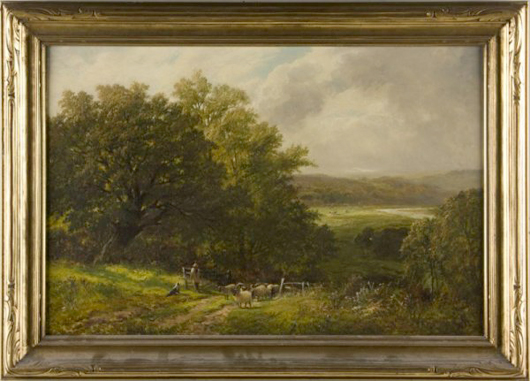 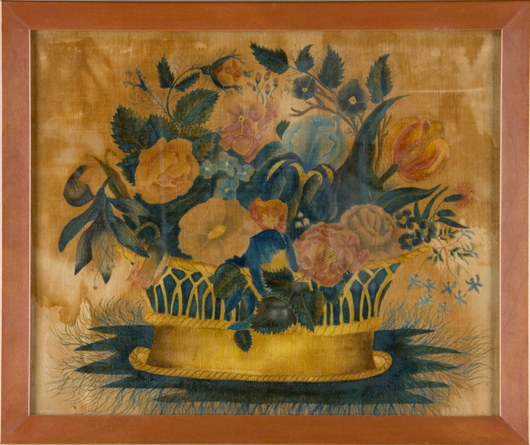 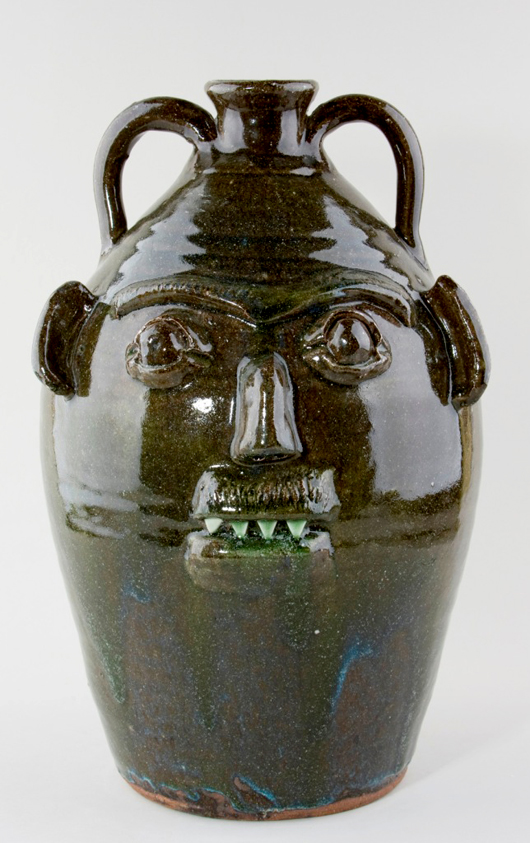 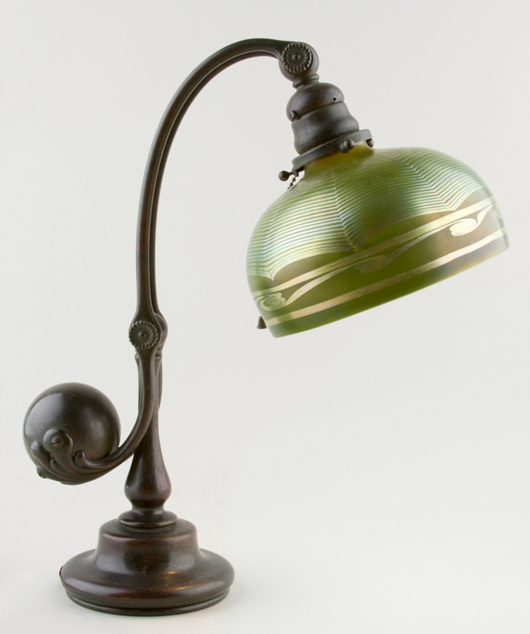 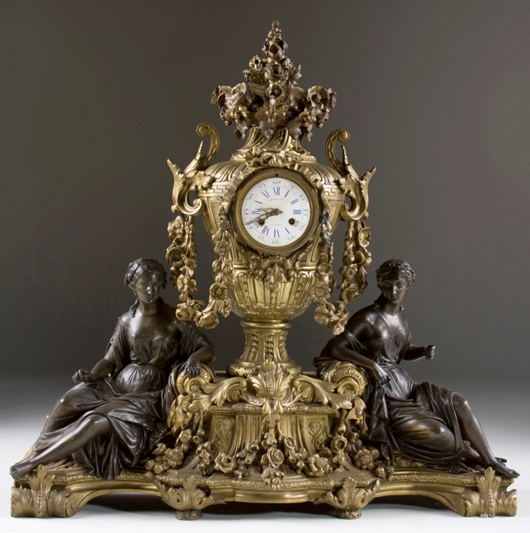