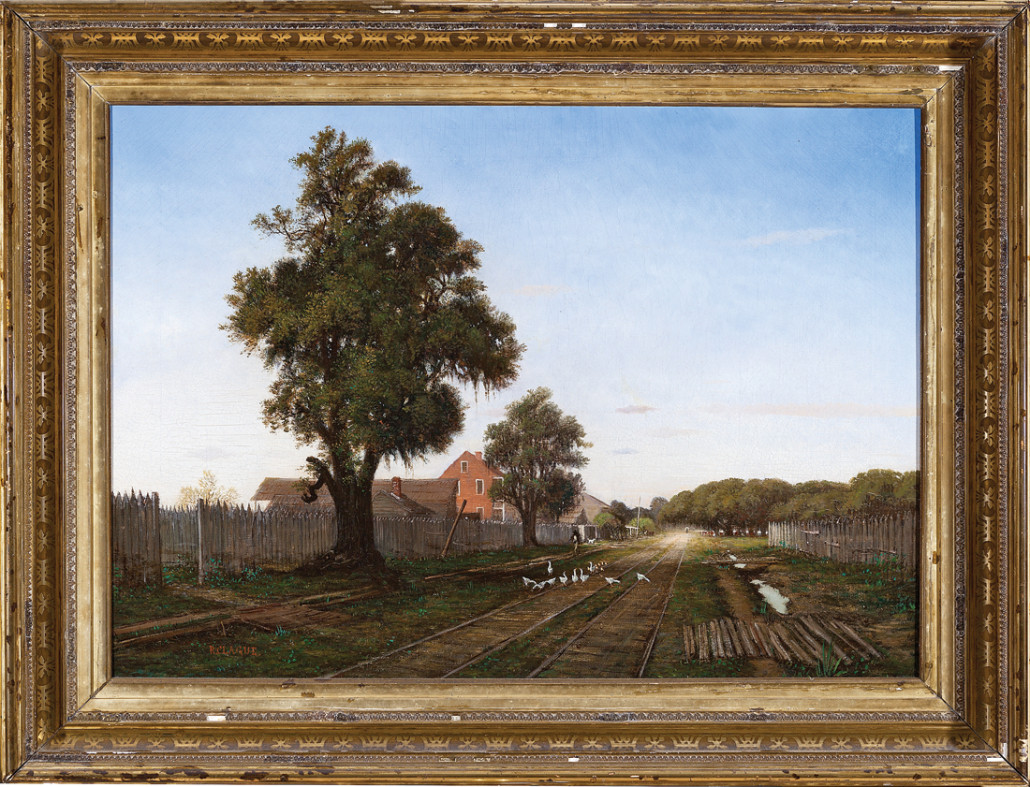 Topping the list was an important oil on canvas by Richard Clague (French/Louisiana, 1816-1878) depicting Streetcar Tracks in circa 1870 New Orleans (above). The painting represents a transitional period in the country’s history when technological innovations began to transform the post-antebellum South. After competitive bidding from the telephone bank and salesroom floor, Clague’s work sold for an impressive $177,625 to a local collector.

The second-highest lot was William Henry Buck’s Cattle Grazing beside a Cabin among Live Oak Trees (below), an accomplished depiction of a rural Louisiana landscape, which sold for $118,750. It also sold to local collector. 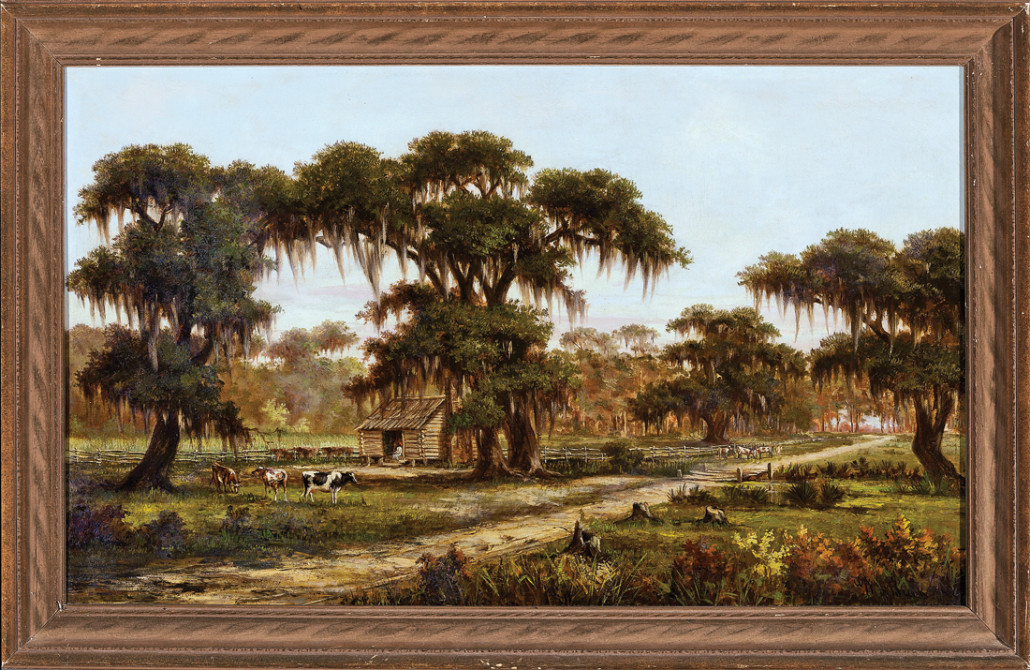 Between My Mentor, a monumental work featuring two iconic Blue Dogs by Louisiana artist George Rodrigue (1944-2013), sold for $75,000. Blending an unusual combination of oil and acrylic paints, the 1998 painting (below) represents the height of Rodrigue’s Blue Dog series. 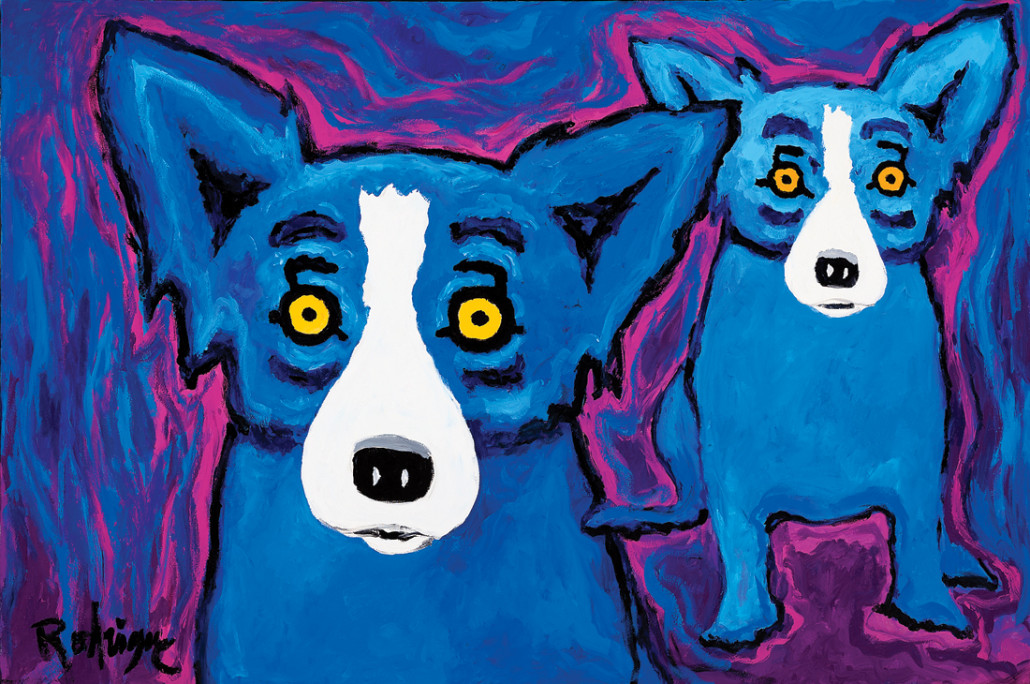 Neal Auction Co. continues to maintain the record auction price for the artist with Chairman of the Board, which sold on April 18 for $173,275.

Lot 180, a rare Louisiana Creole inlaid cherrywood and cypress armoire achieved an impressive $73,500. Boasting a provenance chain that dates back to its circa 1810 creation date, this important piece of Southern furniture from the Kleinpeter Collection in Baton Rouge sold to a local museum competing against bidders on the salesroom floor.

Path and Pasture, a significant early work by celebrated Mississippi artist Theora Hamblett (1893-1977), more than tripled its low estimate of $18,000, selling for the record-breaking auction price of $67,375. The former record price of $35,850 for a work by Hamblett was achieved by Neal Auction Co. in June with School Children Getting Drinking Water. 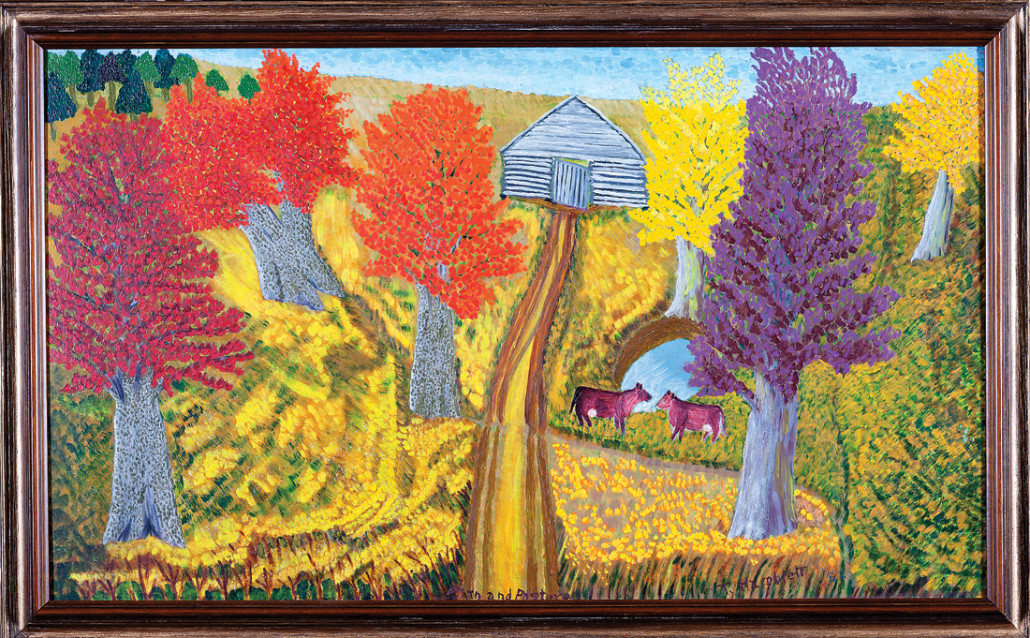 Bringing in the Dory, a well-documented Florida scene by preeminent South Carolina artist William Aiken Walker (1838-1921) sold for $61,250to a Florida collector. In this masterful 1895 composition (below), Walker depicts a fisherman and the architecture of the coast within the background of the Pacetti House and the Halifax River. 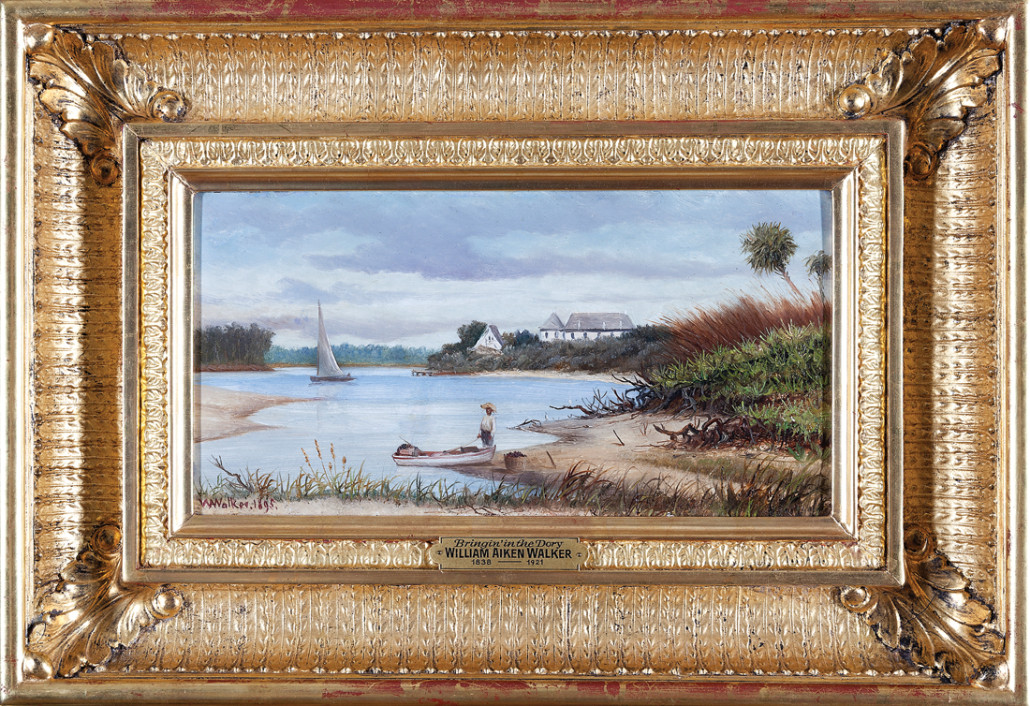 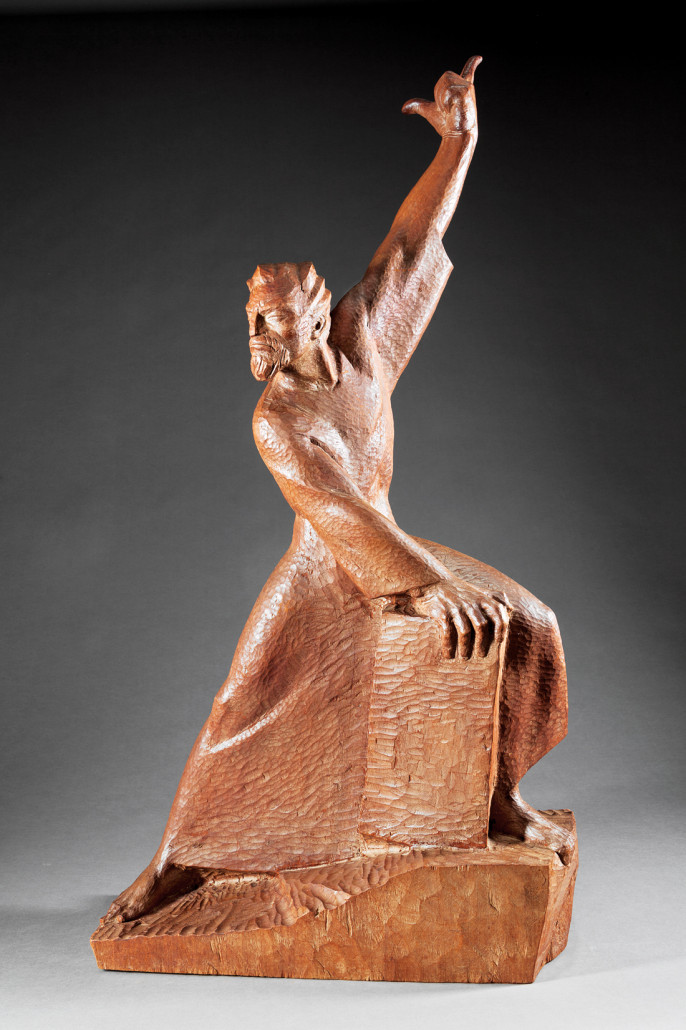 Neal Auction Co. continues to maintain the world record price for the artist’s work at auction with the sale of Cluster #1, which sold for $110,250 in September.

Lot 193, a rare New Orleans coin silver and silver gilt exhibition model of a mule-drawn streetcar, generated intense interest from Southern regional collectors. The mid-19th century replica of a “bobtail” streetcar manufactured by Zimmerman’s silversmith sold to a local museum for $43,325 – over 14 times its presale low estimate of $3,000. 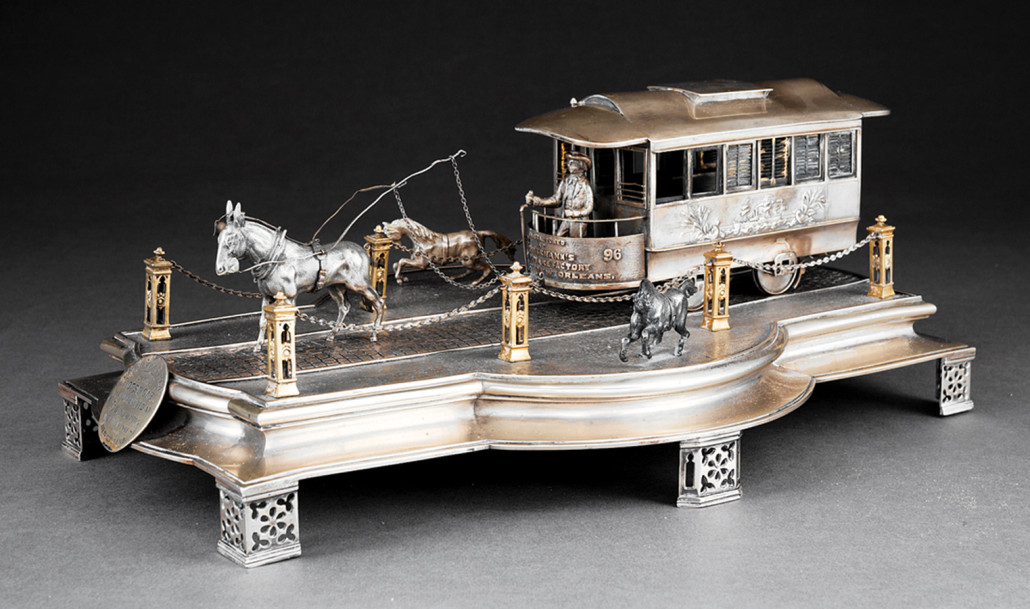 Lot 24, an important circa 1844 American Gothic carved rosewood center table labeled Crawford Riddell, Philadelphia, sold to a Southern collector for $28,175. The table was among the many highlights offered from the Turnbull/Bowman/Fort Families of Rosedown Plantation in St. Francisville, La.

Portrait of a Creole Woman by François Fleischbein (Bavarian/New Orleans, c. 1801-1868), one of Louisiana’s leading painters of free women of color, more than quintupled its low estimate of $5,000, selling to an American museum for the record-setting sum of $28,175.