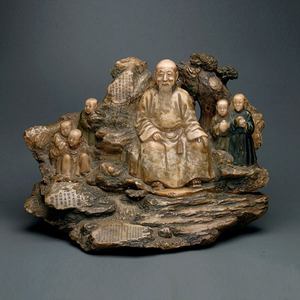 An exceedingly rare and important soapstone figural carving,18th century, dated by inscription to 1750. Sold for $2,235,000. Record price for soapstone carving sold in a US Auction house. Michaan’s image.

Half of the day’s gross was attributable to another phenomenon: lot 3080. An exceedingly rare and important soapstone figural carving centering Qing dynasty imperial porcelain kiln supervisor Tang Ying was far and away the star of the auction.

Expectations ran high for the work of art, with a presale estimate of $100,000-150,000. As bidding commenced for the piece, people rose from their seats amongst a standing room floor audience of well over 100 attendees, while all phone banks were busy with calls. Two online bidding stations managed the activity as calls poured in from around the world. Heavy floor and phone bids pushed the selling price to $2 million, closing with a victorious phone bid and a round of applause. The carving broke auction records as it captured a final price of $2,360,000, making it the highest-selling Asian soapstone carving ever auctioned in the United States, as well as Michaan’s highest-single selling lot to date.

Asian Art Specialist Harry Huang remarked that the sale “…greatly exceeded my expectations. I believe that this work of Tang Ying will continue to be a powerful force in the world marketplace. I also think that this auction speaks volumes on the explosive state of the current Asian antiquities marketplace; what appears to be its very bright future is a thrilling prospect for Michaan’s Auctions.”

Categorically, fine jade carvings dazzled at auction, with a substantial list of successes. Two jade double-gourd-form pendants performed amazingly well, as they sold for over 53 times their high estimate (lot 3027, $1,500-2,000). The pendants closed at $106,200, garnering expressions of elation and awe. The pair of pendants topped a lengthy list of 15 additional carved jade lots to sell from over 5 times to over 33 times projected high values.

Michaan’s Auctions Vice President and Chief Operating Officer Scott Bradley acknowledged the impact and scope of the sale. “This Asian auction has established itself as the largest and most significant event in our company’s history thus far. The sale of the Tang Ying carving was the largest single sale I have presided over in my career. It has been a thrilling and exciting time to say the least.” 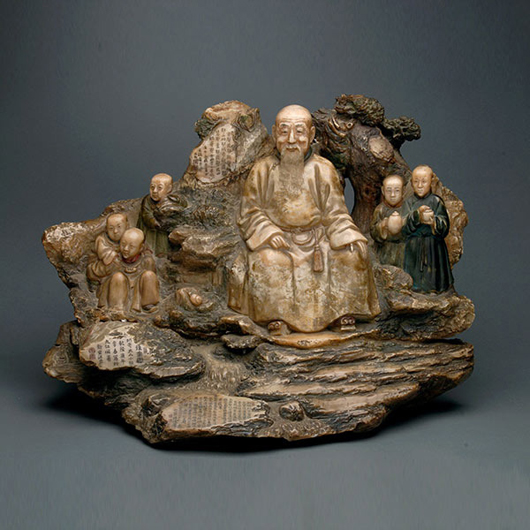 An exceedingly rare and important soapstone figural carving,18th century, dated by inscription to 1750. Sold for $2,235,000. Record price for soapstone carving sold in a US Auction house. Michaan’s image. 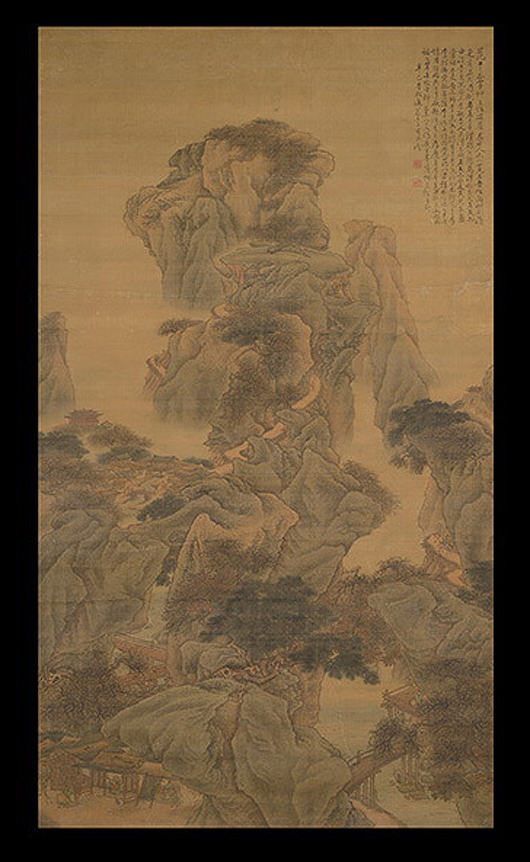 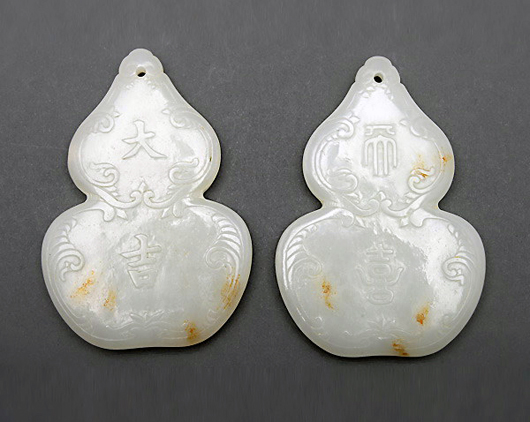 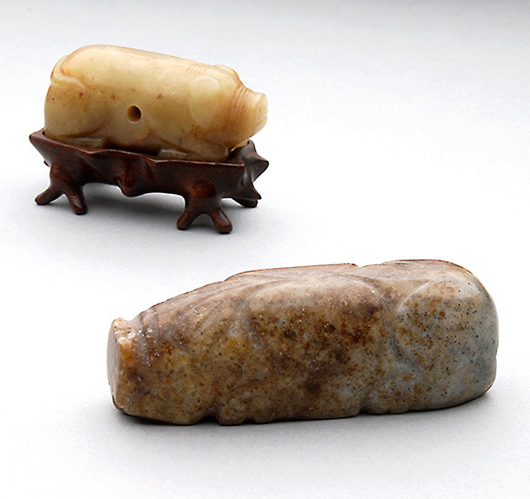 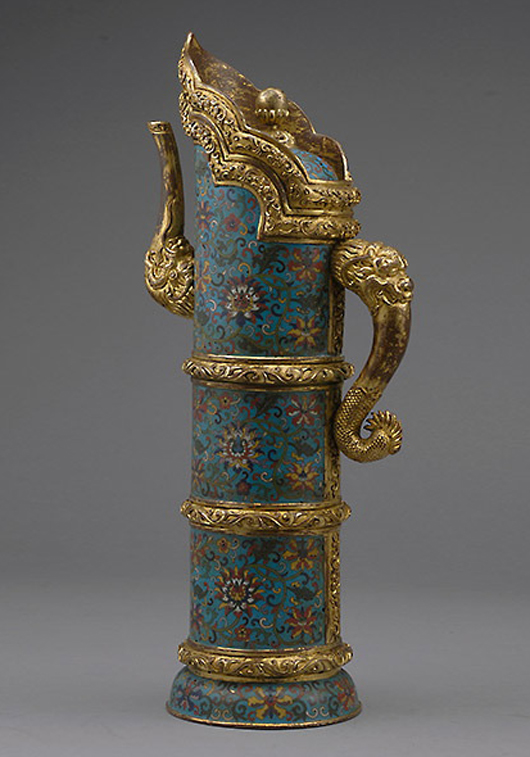 Tibetan cloisonne enamel ewer and cover, Qianlong mark and mark of the period.Sold for $53,100. Michaan’s image. 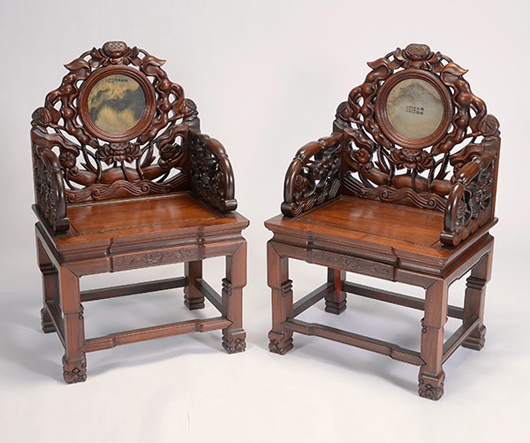