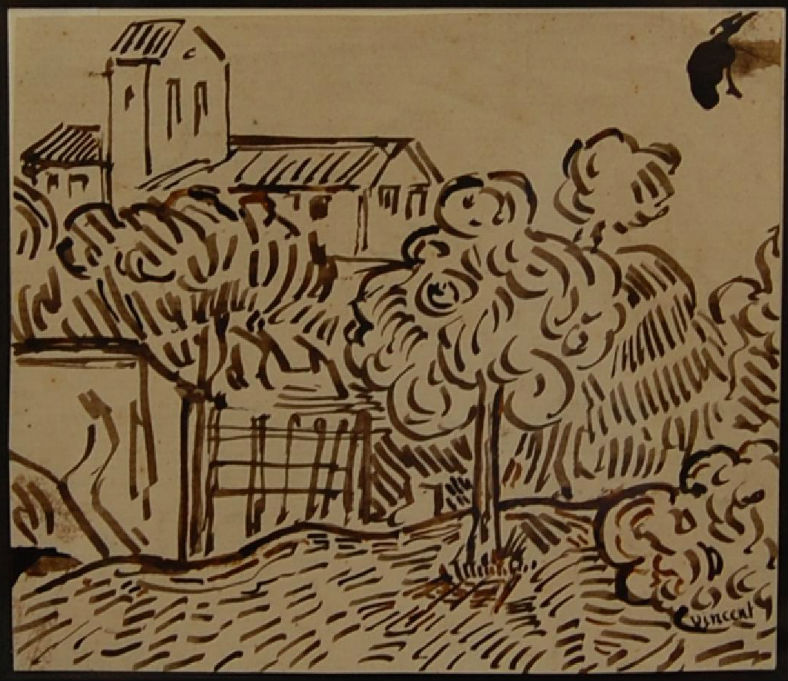 “The location in the drawing was positively identified as Garden View of the Church of Auvers, and the artwork dates from the last year of van Gogh’s life,” said conservator/auctioneer Bruce Wood of Woodshed Art Auctions (formerly The Woodshed Gallery), based in Franklin, Mass. “Without better paperwork, we had to call it an attribution, but there’s little doubt it is authentic and probably should have gaveled for $100,000 or more.”

Van Gogh lived just three months in Auvers-sur-Oise, a village north of Paris. He moved there in 1890, after having spent a year at an asylum in Saint-Remy. The sketch in the auction has been identified as a view of the church in Auvers, the only gable-roof bell tower among the locations Van Gogh lived in France. Tragically, Van Gogh committed suicide that year, at age 37.

The Prestige Signature Collection: Master Artworks sale was something new for Woodshed Art Auctions – the confluence of a group of excellent pieces arriving at once in the gallery, and all having one thing in common: they were limited to artworks by internationally recognized artists. This, the debut auction, featured just 26 artworks, by names that are known to nearly everyone.

“Moving forward, we’re dividing our sales into two categories,” Wood said. “These are Studio Art Sales, which are larger catalogs of fine and decorative art, and Prestige Signature Collection Sales, which will feature a smaller, refined selection of artworks by more recognized artists.”

The runner-up top lot was a mixed media on paper by Fernand Leger titled Composition with Three Women, artist-signed and accompanied by a certificate of authenticity. The 18-by-13-inch work sold for $10,312. Leger was a painter, sculptor and filmmaker. His boldly simplified treatment of modern subject matter made him a forerunner of pop art. 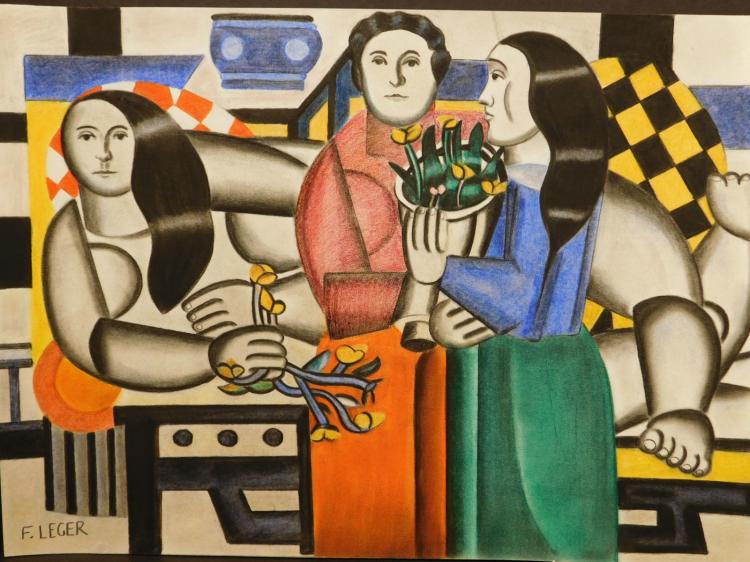 Several drawings attributed to the pop art icon Andy Warhol were in the auction. These included a drawing in color markers on manila folder-weight paper titled Two Campbell’s Soup Cans that realized $3,125; and a drawing in ink on lightweight parchment paper titled Tap Shoe that went for $7,812. Both were signed by Warhol and were formerly the property of a New York collector. 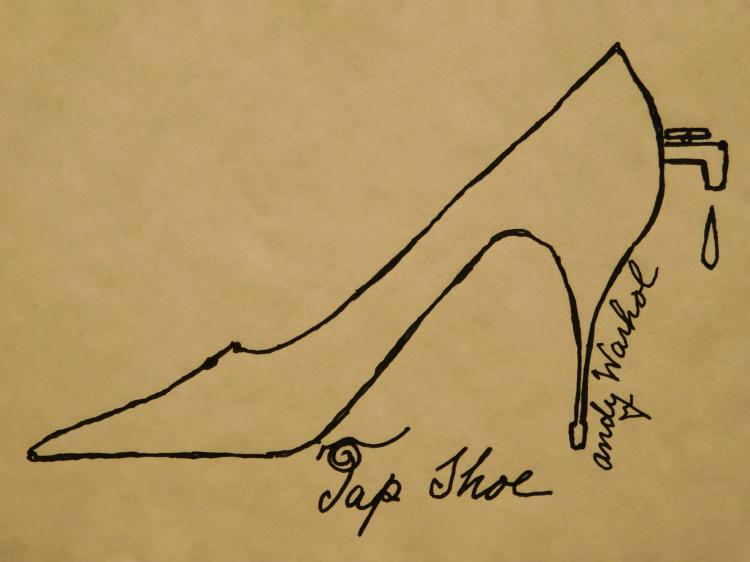 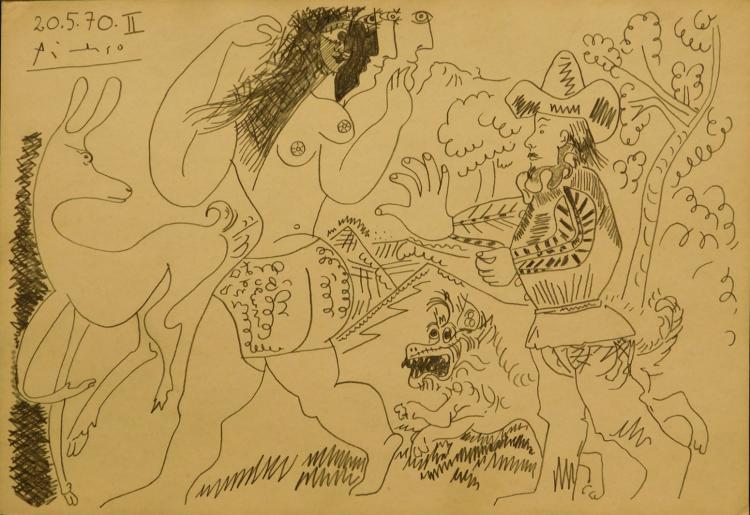 A lithograph by Henri de Toulouse-Lautrec from the painter’s Café Concert series titled Madame Abdala en Bebe (1893), unsigned (but identified with the artist’s monogram), finished at $500. Abdala, the subject, was a singer at the Ambassadeurs in Paris.

An artwork in pencil and gouache on paper, attributed to the early American modernist painter Stuart Davis (1892-1964), titled Abstract, measuring about 20 inches by 25 inches, topped out at $3,750. Davis was known for his jazz-influenced, bold, brash and colorful proto pop art paintings of the 1940s and ’50s, as well his Ashcan School pictures in the early years of the 20th century. 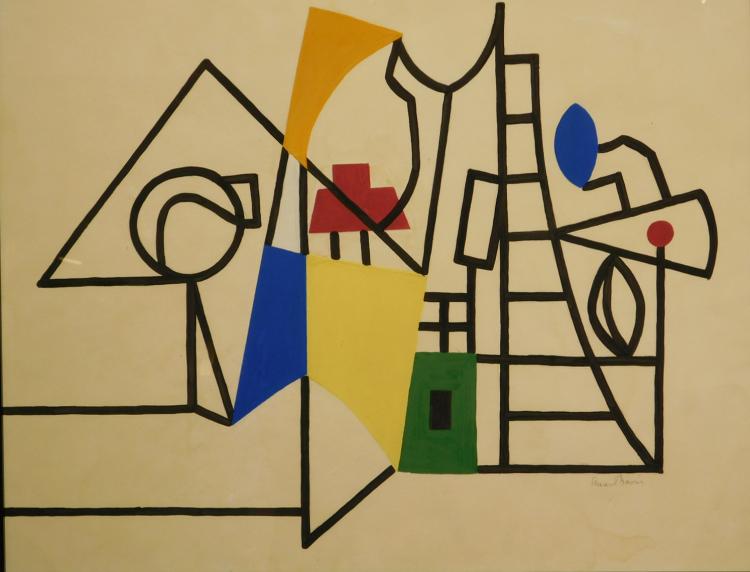 A signed, dated (1912) and numbered (7/7) bronze sculpture on a marble base by the French sculptor, painter and printmaker Aristide Joseph Bonaventure Maillol (1861-1944), titled Femme nue assise (Seated female nude), brought $676. The work was 8 inches tall on a one-inch base, and was in good condition, except for some minor handling marks and a chip on the base. 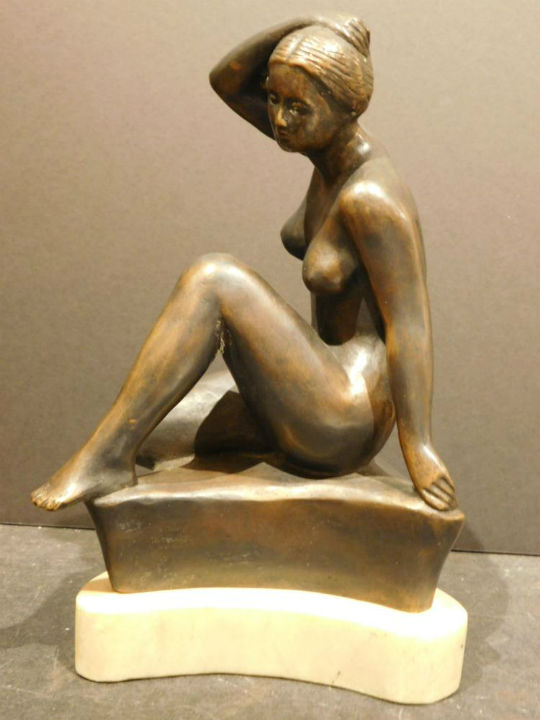