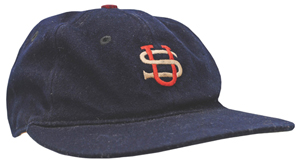 WESTHAMPTON, N.Y. – A new chapter was added to the legend of Babe Ruth during the early morning hours of Dec. 18. Grey Flannel Auctions sold the baseball cap the immortal slugger wore during the historic 1934 US All-Star Tour of Japan for $303,277.

The game-used navy blue cap emblazoned “US” was acquired from the Ruth family more than 30 years ago and had remained in private hands from that day forward. It is the only known Ruth cap from the American team’s barnstorming tour of 18 Japanese cities.

“Nearly half a million Japanese fans lined the streets of Tokyo to view the team motorcade and welcome Babe Ruth, who rode through the Ginza district in an open-top limousine. The tour was a major news event and received press coverage worldwide,” said Richard E. Russek, president of Grey Flannel Auctions.

The Ruth cap opened for bidding in late November, at $50,000, but competition really heated up during the final 24 hours of the Dec. 17 absentee, phone and Internet auction. The winning bid of $303,277 was placed at 12:52 Eastern Time on the morning of Dec. 18 by a private collector who wishes to remain anonymous.

Another high-profile cap, game-worn by Joe DiMaggio, dated to around 1937, when the great Yankee Clipper was still a rookie. Rare and in beautiful, all-original condition, the cap opened for bidding at $25,000 and eventually reached $151,652.

From the same general era, a 1932 baseball signed by the New York Yankees – with 23 signatures, including those of Ruth, Lou Gehrig and seven other Hall of Famers – was a high flier at $115,242. 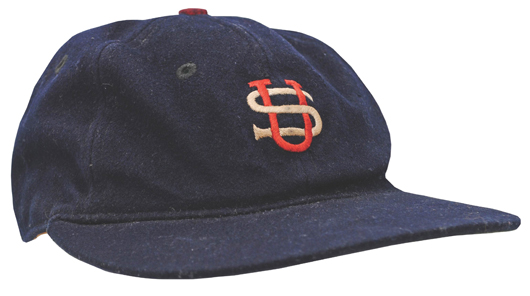 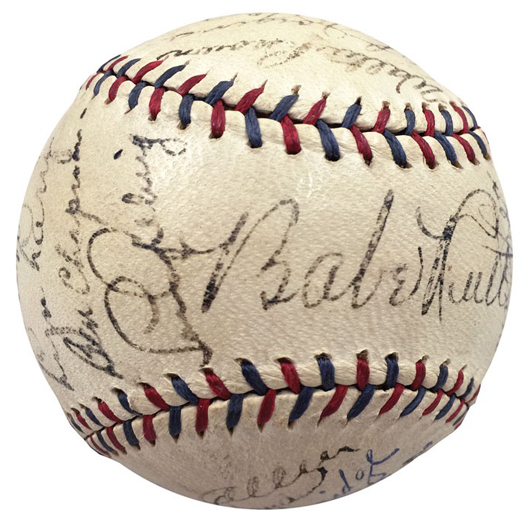 Baseball signed by 23 of the 1932 New York Yankees, including Babe Ruth, Lou Gehrig and other Hall of Famers, $115,242. Grey Flannel Auctions image 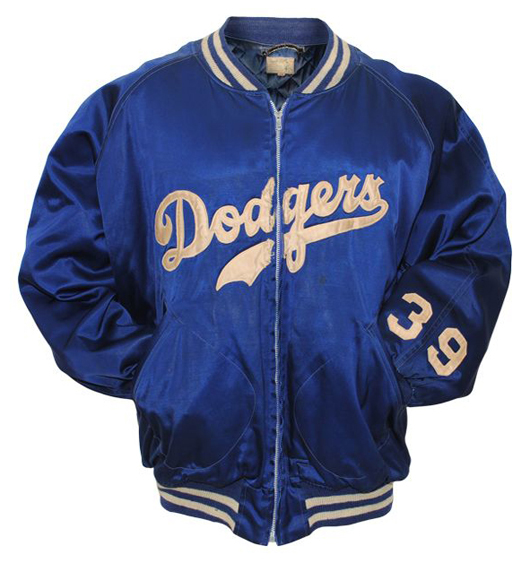 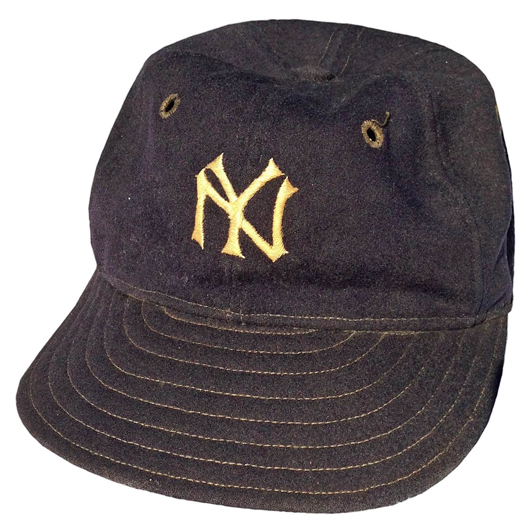