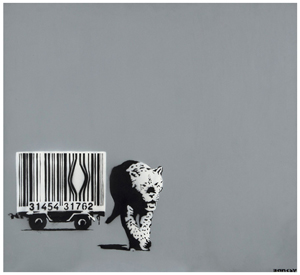 LONDON – In a week where the Internet was rife with rumors of a Banksy Paris residency, Dreweatts & Bloomsbury Auctions sold a previously unseen canvas from his “Barcode Leopard” series on Dec. 5 for £177,800 ($291,326, 211,200 euros). LiveAuctioneers.com provided Internet live bidding.

A unique variant, and the largest known canvas from the Barcode Leopard series, the spray-paint and acrylic on canvas carried his famous stenciled signature. At 84 x 91.5 cm (33.6 inches x 36.6 inches), it was bought by the vendor directly from a friend of the artist, and had been in a private London collection for the past 10 years. The recognizable image had been authenticated by Pest Control Office London, and was purchased by a European collector.

A glazed earthenware pot by Grayson Perry had been a key part of a UK private collection since 1989, when it was purchased from the Soho art gallery Brich & Conran, by the wife of gallery owner James Birch. A well-known curator, Birch gave the Turner Prize winner his first show at the James Birch Fine Art gallery on the King’s Road in 1984. The pot, entitled A Classical Compromise, was decorated with a number of molded pictorial vignettes in the style of Old Master paintings. It sold to an anonymous buyer on the telephone for £32,240 ($52,832).

“The pot is a very early work by a now well-known and well respected figure of the art world,” said Dreweatts & Bloomsbury auctions modern & contemporary art specialist Angus Maguire. “His technique was still in the early stages of development at the time he created it and its curious title suggests a young contemporary artist commenting at the time about his perception of Old Master paintings, in relation to his own work. It is an important piece in charting the rise of Grayson Perry to national treasure.”

Elsewhere in the sale, an untitled drawing in multicolored ballpoint pen by American conceptual and minimalist artist Sol Le Witt sold for £26,040 ($42,668), a multiple of its presale estimate. Mounted on card, the central image of a mesh structure is only 13 centimeters by 13 centimeters and was created by interweaving horizontal, vertical and diagonal lines using four different colored ballpoint pens. The technique uses a ruler to create the lines, and the resultant color is unique.

The drawing was given to his great friend the famous British sculptor Barry Flanagan, and was inscribed “Four color drawing for Barry Flanagan, May 22, 1971.” A pioneer of minimalist art during the 1960s, Le Witt is sought after fervently by collectors. It will join a private collection in Texas. 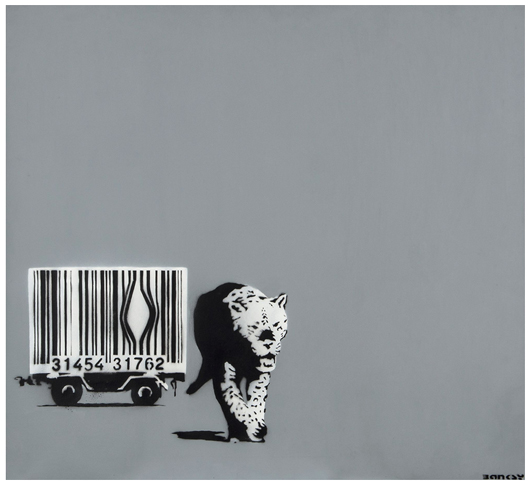 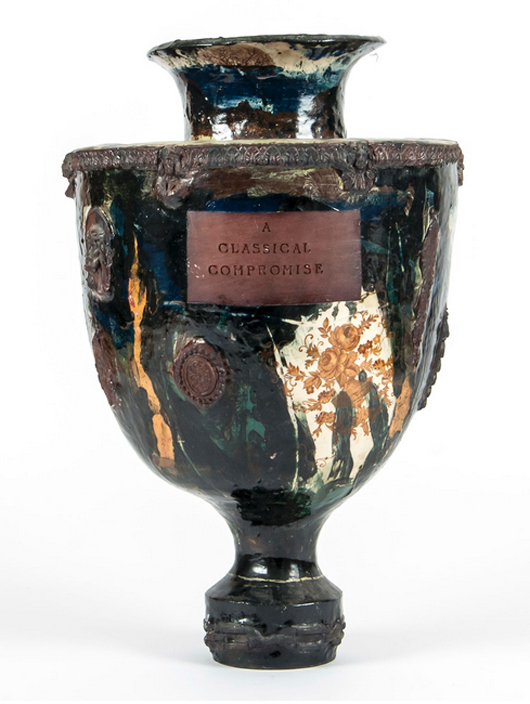 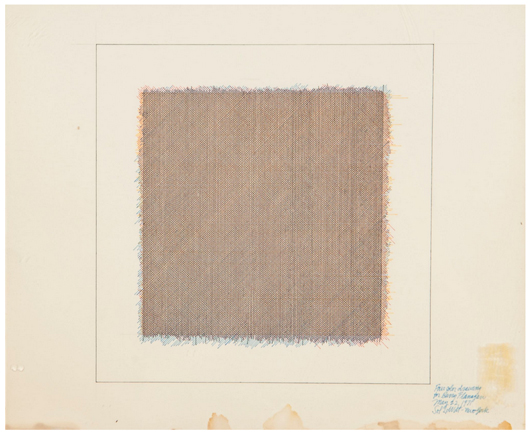