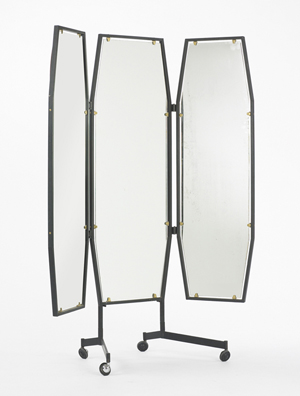 CHICAGO – The ultra-stylish Chicago auction house Wright is known for its impeccable presentation of rare 20th-century decorative art, furniture and fine art. Once a year, however, the company holds its Mass Modern event, in which all but a few lots are sold without reserve. This year the special event so popular with budget-minded collectors took place on June 27, with Internet live bidding through LiveAuctioneers.com.

What a smart event this was: a 10-hour sale of mid-to-late 20th-century furniture, lighting and objects, most without reserves. Chicagoans are design-lovers. They like to fuss over furnishing their rehabbed brownstones and lofts, their cool lakeside apartments in big shiny black Mies towers (they are on a first-name basis with their modernists in Chicago, it’s “Mies” and “Charles and Ray”). The sale was perfectly suited to its locale.

So many great pieces sold for less than $200, some for less than $50! I will try not to get on my soapbox here, but this is one of those auctions that reminds me how many opportunities consumers have to buy truly fabulous, well-crafted and beautifully designed furniture and objects in the secondary market for less than they would pay for mediocre new things. I mean, nothing against Ikea, but someone got six very good Vico Magistretti circa-1975 dining chairs of lacquered wood and rope, made by the venerable Italian manufacturer Cassina, for about $50 each (see illustration.) The chairs are unique, great looking, functional and collectible.

Did the buyer of the torso-form lamp attributed to Antoine Zaccagnino and estimated at $1,500-2,000, do a little jig when he/she got it for $31? (All prices mentioned include a 25% buyer’s premium.) Or, consider the set of six Ettore Sottsass Mandarin chairs manufactured by Knoll, estimated at $2,000-3,000 that sold for $250. (I picture a stylish Art Institute Design School kid lashing those chairs to his bike in a teetering stack and pedaling off.) How about the chilly 1965 Jacques Adnet brass and vinyl-trimmed wall mirror that sold for $125.

Kelli Thoma, Wright’s director of operations, told me the preview was well attended and that about 150 people attended over the course of the 10-hour sale. That’s a lot of people in the saleroom for Wright, whose high-end auctions attract an international bidding audience through LiveAuctioneers and the phones. “Even our local buyers are apt to be phone or Internet bidders,” said Thoma, “but the Mass Modern sales are crowded.”

In the unruly absence of reserves, it’s hard to make sense of the statistics, other than to say it’s a popular event and that things tend to sell when there’s no minimum. With a total low estimate of $646,450 on 605 lots, the auction had an 89 percent sell-through rate by volume and just over 94 percent sold by value.

There were strong prices in this sale, as well, like for the unattributed Italian 1950s standing mirror with three coffin-shape sections, estimated at $1,000-1,500 and selling for $11,250 (illustrated.)

The sale encompassed idiosyncratic as well as familiar pieces. Someone bought an interesting Lawrence Weiner circa-1989 MetaMemphis worktable and bench for $4,063 (estimate $5,000-7,000.) A selection of Edward Fields carpets, a set of Alexander Girard’s La Fonda del Sol dishes, some terrific lamps and fixtures, lots of Knoll and Herman Miller staples, various pieces of furniture by Paul McCobb and TH Robsjohn-Gibbings, and some nice chests by Eliel Saarinen rounded out the sale. 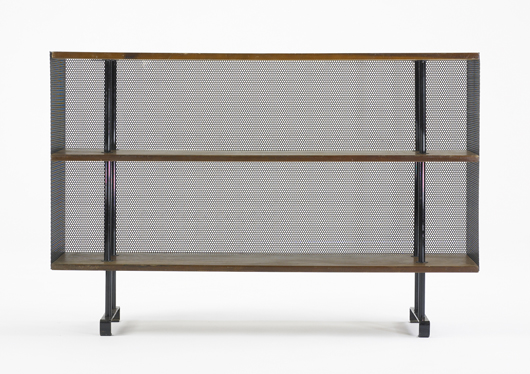 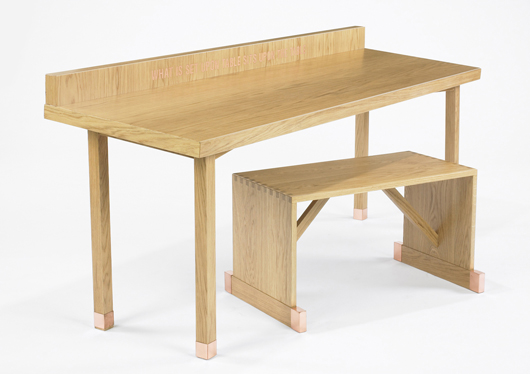 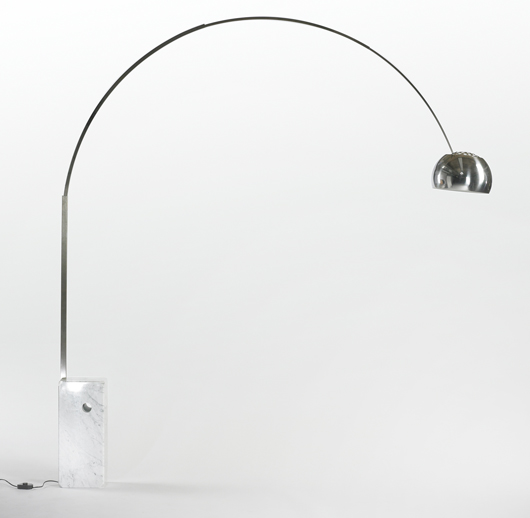 An Achille and Pier Giacomo Castiglioni Arco floor lamp, marble base, with telescoping arm, made by Flos, designed circa 1962, was estimated at $700-900. It sold for $2,375. Image courtesy Wright. 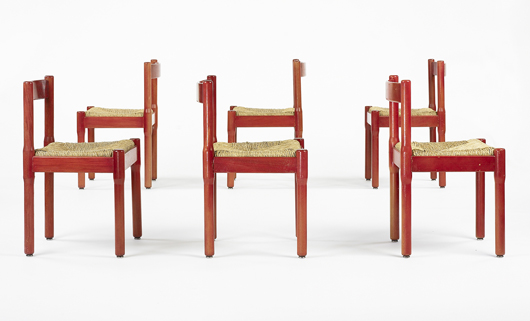 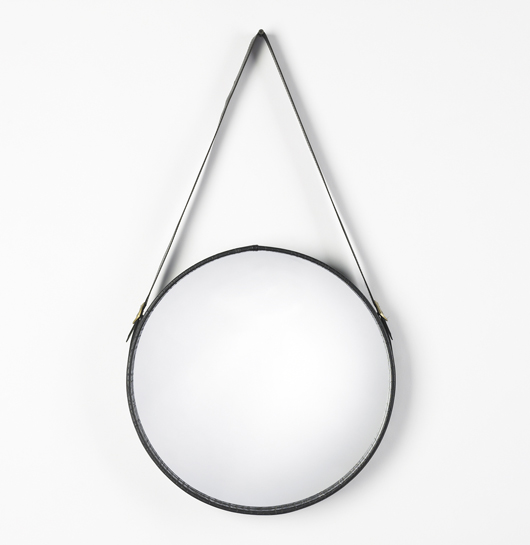 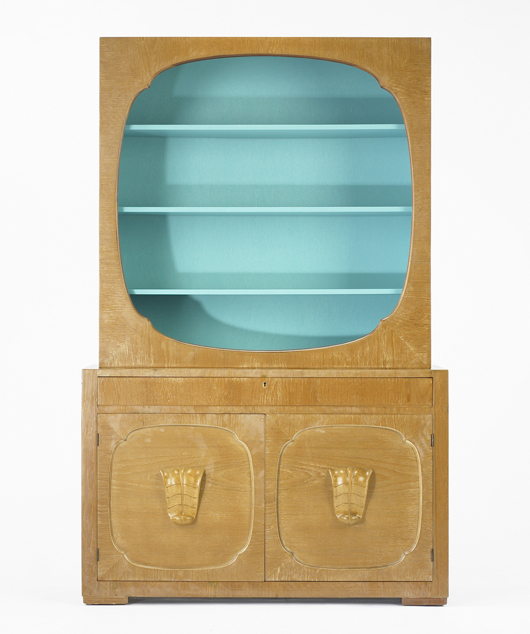 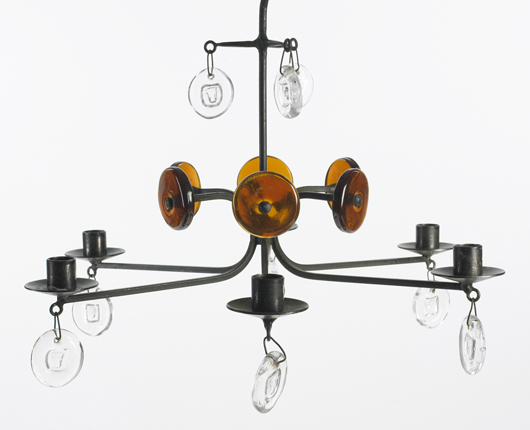 An Erik Hoglund iron and glass chandelier manufactured by Boda Nova glassworks and Axel Stromberg ironworks, Sweden, circa 1965 was estimated at $1,500-2,000. It sold for $188. Image courtesy Wright. 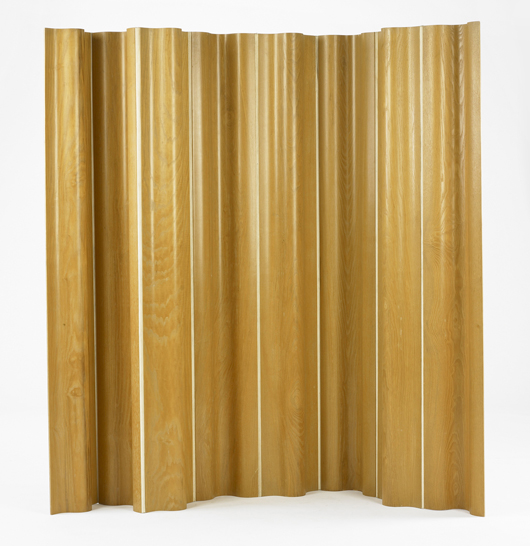