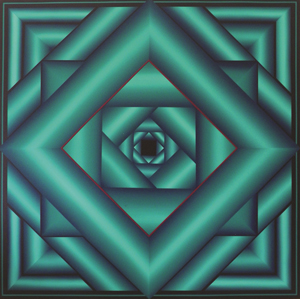 “Not only did our auction results confirm which categories are currently on the move in the marketplace, they also revealed the type of format we should follow with our first sale of the winter season going forward. The combination of art, sculptures and sculptural design was a definite winner. It had a nice flow, and bidders liked the mix,” Baca said.

The Palm Beach area – and south Florida in general – is a perennial haven for those seeking shelter from frigid northern winters. “But only a percentage of our regular bidders who spend the winter months here arrive before Thanksgiving,” Baca explained, “so determining the types of art to include in our November opener has always been a bit challenging. Our first sale of the season typically attracts bidders who are full-time residents of the area but whose tastes we may not yet know. And, of course, we always have to consider the preferences of collectors around the world – whether established or new customers – who bid in our sales online, by phone or absentee. We watch the buying patterns in our first winter auction very closely.”

Prices realized in the 303-lot Nov. 2 auction – which was 85% sold by lot – confirmed that bidders want “large, bold graphics that fill up a wall,” Baca said. The top lot of the sale was a prime case in point: a monumental work by one of the street-art movement’s recognized pioneers, San Francisco’s Barry McGee (b. 1966-). Measuring 85.5 by 105 inches and painted on US Army surplus canvas, the 1990s artwork had been described by Baca prior to the sale as “a quintessential example of a new movement – a sort of neo folk art that looks a lot like the hobo art seen on trains that run between San Francisco and Canada.”

The McGee sold within its estimate range for $52,800 (all prices inclusive of 20% buyer’s premium) and is now bound for Australia. “This was yet another confirmation that street art is viewed as a legitimate art category worldwide; it’s not just an American phenomenon,” Baca said. The new owner of the McGee was a first-time buyer for the auction house. As for the consignor, Baca said they were “ecstatic…They never would have given it up if they had had a wall large enough to accommodate it.”

Original abstract artworks put in a strong performance at the auction. A wall-filling George Snyder (b. 1951-) abstract optical painting measuring 67.5 inches square, titled “Lush Life,” more than doubled its high estimate at $5,100. A compelling abstract expressionist work by Johannes Lacher (German, b. 1940-) with a 1972 exhibition label on verso from The Society of the Four Arts, also doubled expectations, selling to a Canadian buyer for $2,700.

During the auction, Donald Roller Wilson’s (American, b. 1938-) signed and dated 1966 portrait of Cookie the orangutan in a rose-colored party dress was displayed at the main entrance, above one of the desks where auction-day inquiries and phone line requests are handled. “It made people smile, and we had a lot of fun with it. I think there was a lot of curiosity about the painting and how much it might sell for,” Baca said.

Donald Wilson’s style is unmistakable, and although classified as “lowbrow,” it has a sophistication all its own. “The New York Times has called it ‘goofy, hallucinogenic, high-quality kitsch,’” Baca said. “There are many collectors for this type of art, and this artist, in particular.”

Estimated at $10,000-$15,000, Wilson’s simian portrait titled “She Had Seen It” knocked down $22,800, going to a California bidder. The robust selling price prompted Baca to joke with the consignor afterwards, “Bring us more monkeys!”

Major galleries were among the bidders pursuing five abstract sculptures that came to Palm Beach Modern Auctions directly from the estate of sculptor Larry Mohr (American, 1921-2013). His 32-inch stainless steel sculpture “Orbits VI,” 2/8, artist signed, had been part of an important Mohr exhibition at the Georgia Museum of Art. It sold for $3,480.

There was consistent interest in editions, Baca said. Five phone lines were in use for Lot 49, a 72.25 by 136.5in Gene Davis (American, 1920-1985) lithograph, 128/150, dated 1974. It had generated more presale inquiries than any other lot in the auction and easily reached $9,000. Lot 81, Robert Silvers’ (American, b. 1968-) photomosaic of Marilyn Monroe composed entirely of Life Magazine covers, was numbered 9 of an edition of 10, and came with a COA from Fabien Fryns Gallery. It commanded $6,000 at auction. Silvers’ original of the artwork, appropriately titled “Life,” had been the actual cover art for the October 1996 issue of Life Magazine.

View the catalog from PBMA’s Nov. 2 auction, complete with prices realized, at https://www.liveauctioneers.com/catalog/46267_modern-art-decorative-artssculptural-design/page1.

View the fully illustrated catalog for PBMA’s Nov. 30 auction and sign up to bid absentee or live via the Internet at https://www.liveauctioneers.com/catalog/47498_fine-art-decorative-arts-and-modern-design/page1. 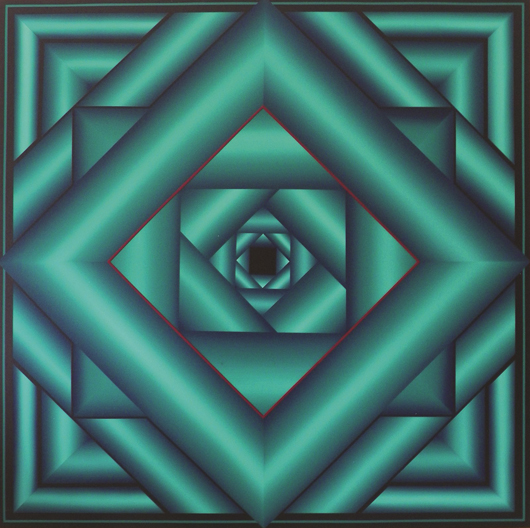 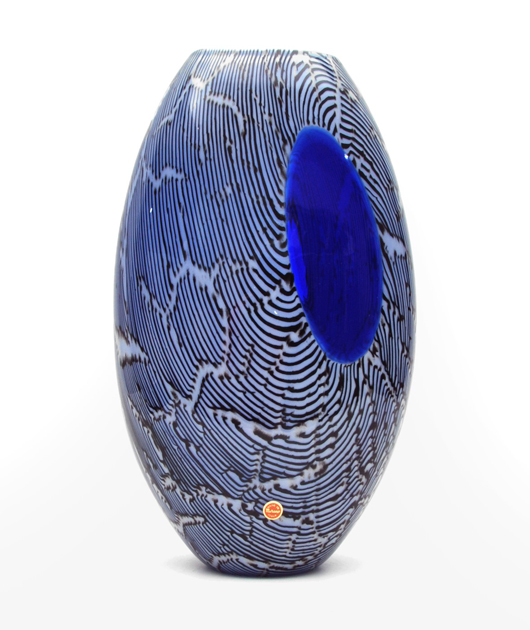 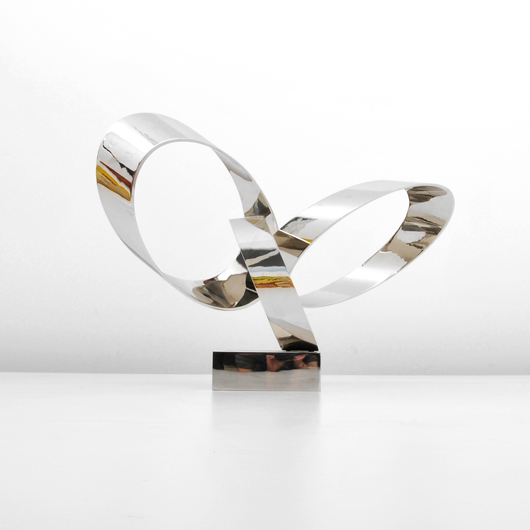 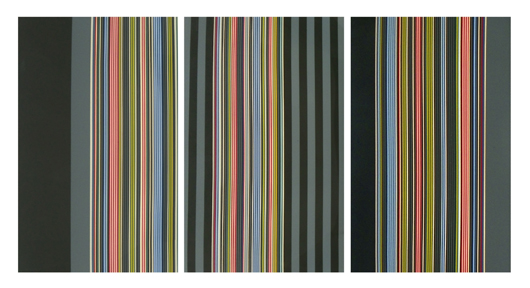 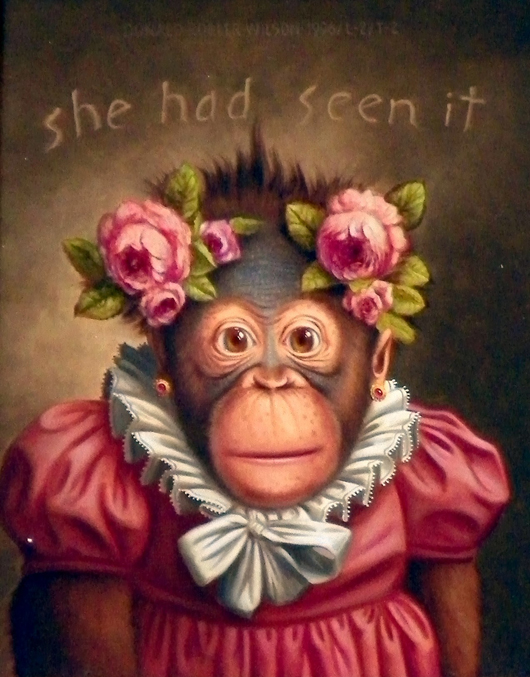 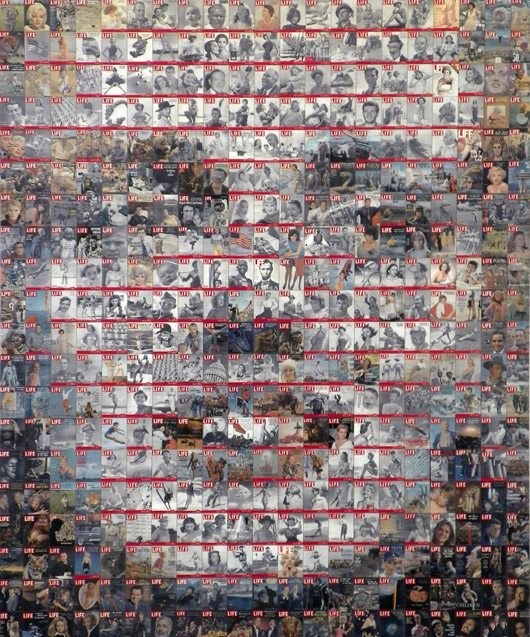 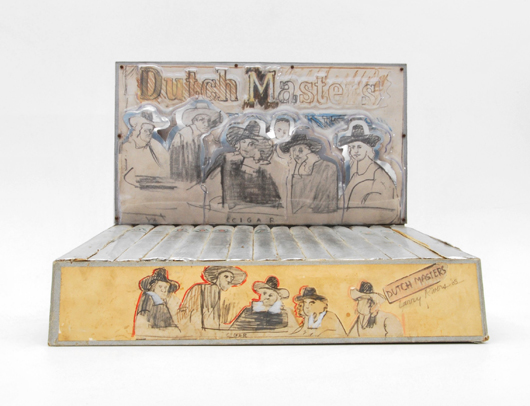 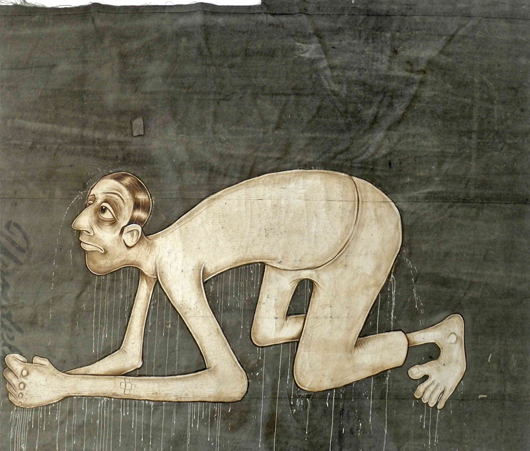 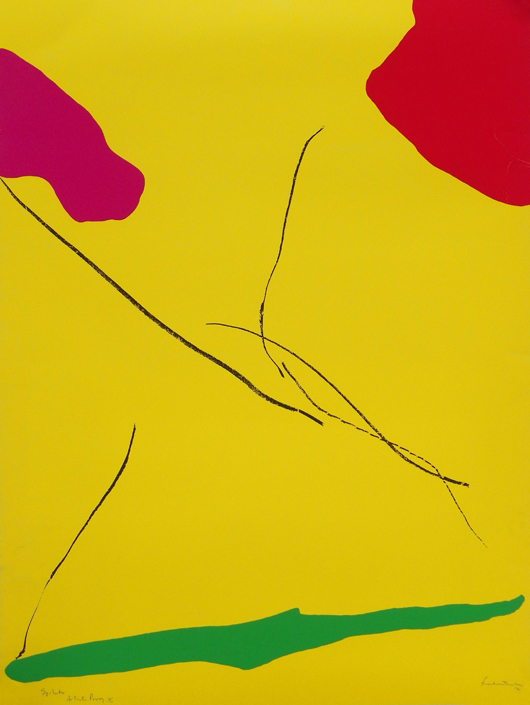