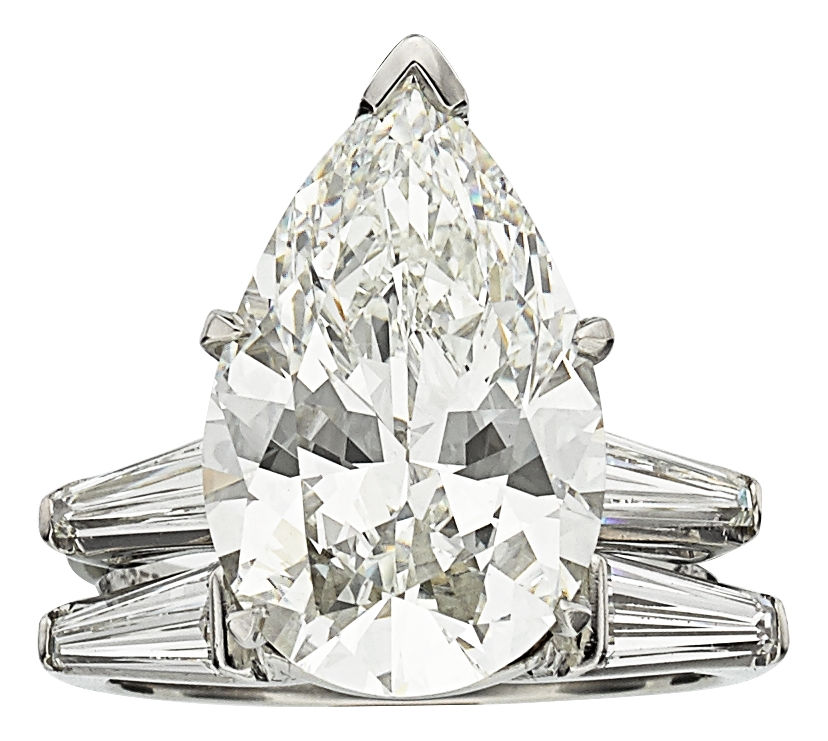 “The market wants color and large stones,” said Jill Burgum, senior director of fine jewelry at Heritage Auctions. “We were delighted to offer both across a broad spectrum of color and clarity, in one of the largest auctions we’ve ever held.”

Top lot honors were claimed by the pair of spectacular diamond, platinum rings (above), which sold for $150,000. A man’s diamond, gold ring (below) that featured a round brilliant-cut diamond weighing 11.02 carats sold for $93,750 against a $60,000 estimate. 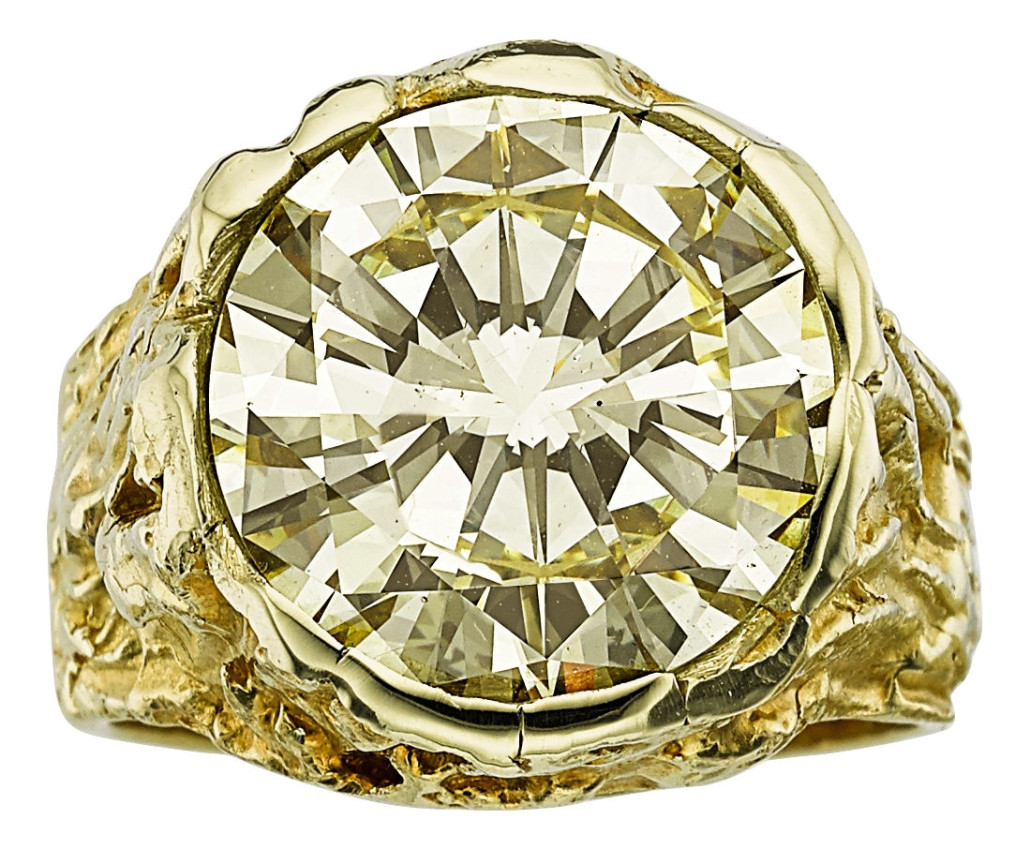 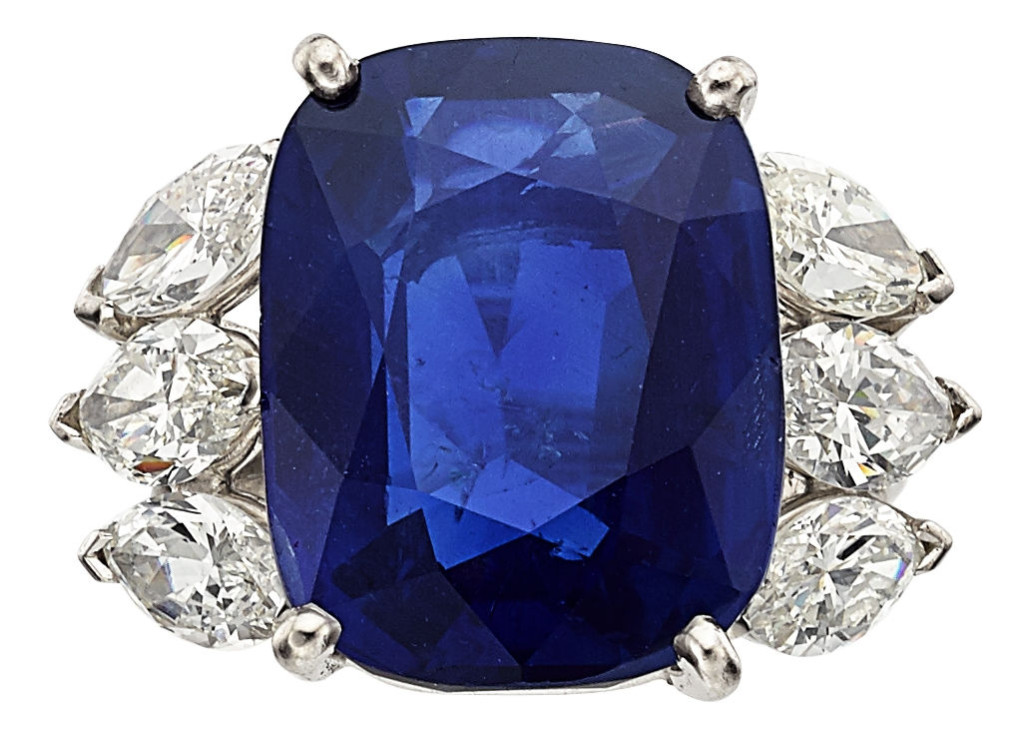 One of the auction’s most anticipated lots, a show-stopping Colombian emerald, diamond, mother-of-pearl, gold necklace (below) accented by an emerald-cut emerald weighing approximately 29.20 carats, sold for $40,000. 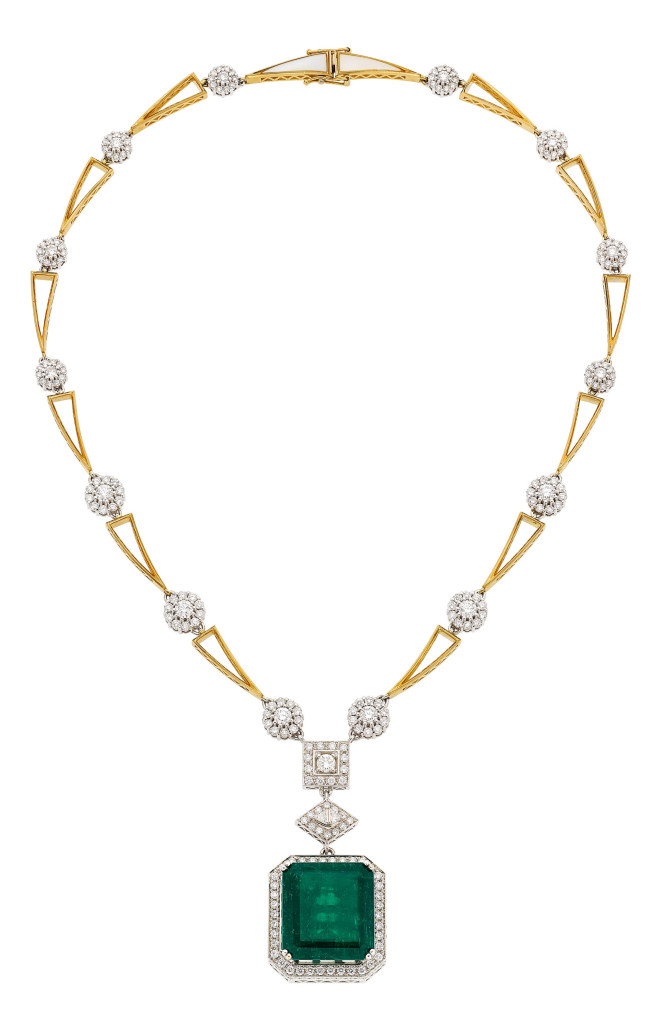