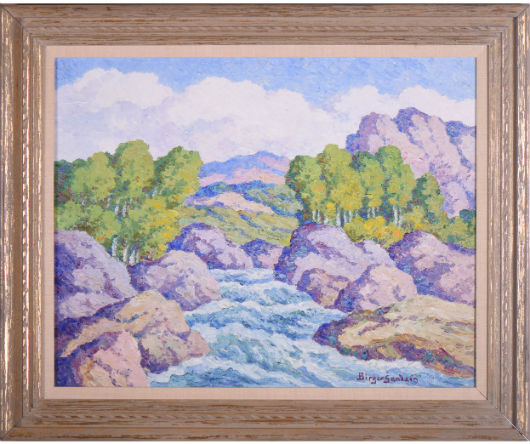 DOUGLASS, Kan. – An original oil on board painting by the Swedish-born American painter Birger Sandzén (1871-1954) climbed to $39,000 and an outstanding seven-piece solid sterling silver tea set by the Loring Andrews Co. (Cincinnati, Ohio) brought $14,000 at a huge, two-day auction held Nov. 9-10 by Woody Auction. Absentee and Internet live bidding was available through LiveAuctioneers. All prices quoted are hammer prices.

The auction required months of planning and included antiques and collectibles in many genres and categories. “We had a fantastic turnout at the auction hall both days,” said Jason Woody of Woody Auction. “Bidders were represented from states such as Oklahoma, Arizona, Missouri, South Dakota, Colorado, Texas and Nebraska. We had wonderful surprises on many items, with very strong bidding.”

There were actually several artworks by Birger Sandzén in the auction, but none performed as well as the 22-by-28-inch oil on board titled In Boulder Canyon, Colorado (above), which took top lot honors with a final sale price of $39,000. The painting, housed in a 29-by-35-inch frame, was signed and dated “1949” and was marked on back, “Belongs to M. Greenough,” referring to Birger Sandzén’s daughter.

Also from the Sandzén group was a rare untitled crayon drawing by the artist, describing a scene of Lone Pine featured along Mesa Rim, signed (“BS”) and dated “1913” ($4,000). The 5-by-7-inch drawing was matted in a 15-by-12½-inch frame. Sandzén, a landscape artist, produced most of his work as an art professor at Bethany College in Lindsborg, Kansas, where he taught from 1894-1946.

The seven-piece sterling silver Loring Andrews tea set (below) was “absolutely the finest tea service Woody Auction has ever been privileged to sell,” Woody remarked. The set included a rarely seen solid sterling tray measuring 29 inches across and weighing over seven pounds. With a total weight of over 10,000 grams (or approximately 321 troy ounces), the circa 1910 tea service hammered for $14,000. 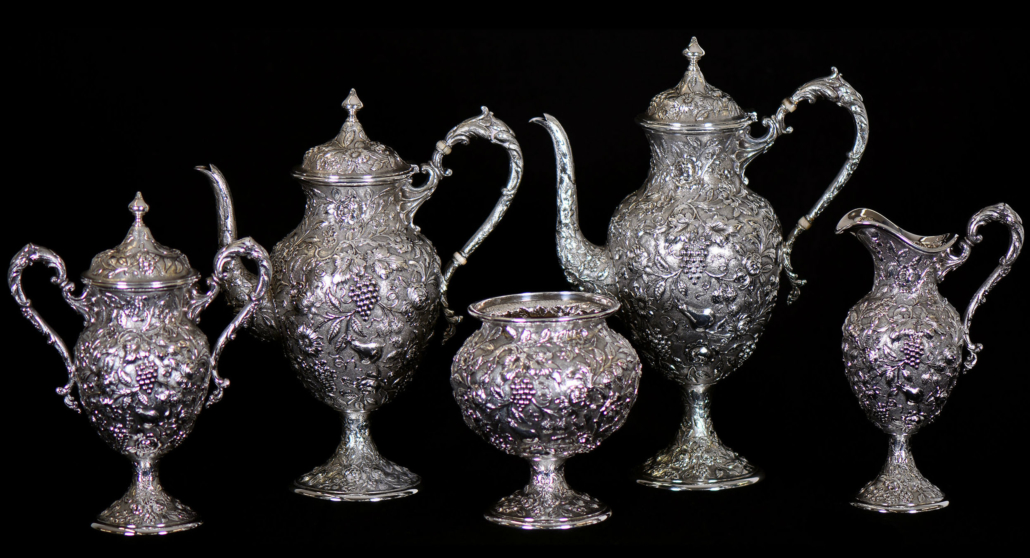 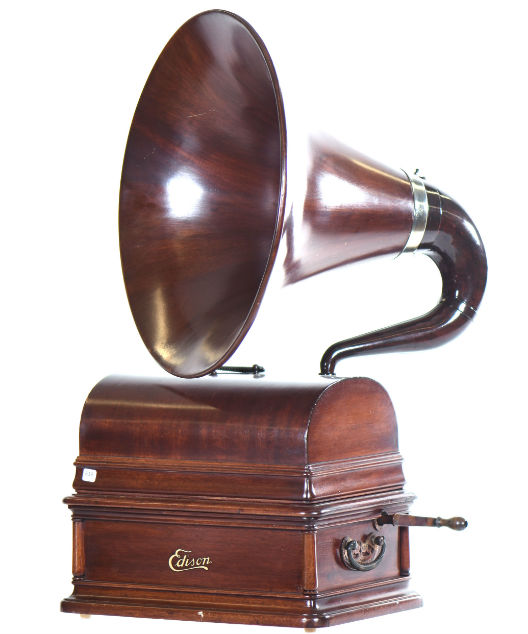 Three lots posted identical selling prices of $5,500. One was a Grand Baroque sterling silver flatware set by Wallace, consisting of 204 pieces and a total overall weight of 10,274 grams. Included in the service was a handsome wooden silver chest with a lift top and two additional drawers housing the set.

The other two lots were an English cameo figural swan head laydown 9-inch perfume with a cranberry body having exquisite cameo carved white overlay boasting fantastic detail, plus a silver flip lid; and an English cranberry opalescent art glass two-tier epergne, a silver centerpiece with center bowl surrounded by several small dishes), 30 inches by 14 inches at its widest point and having nine baskets and one lily. 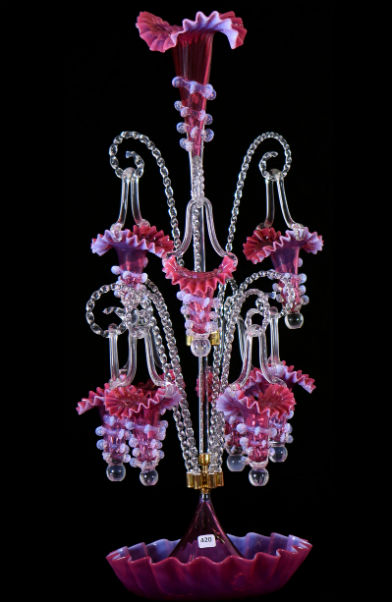 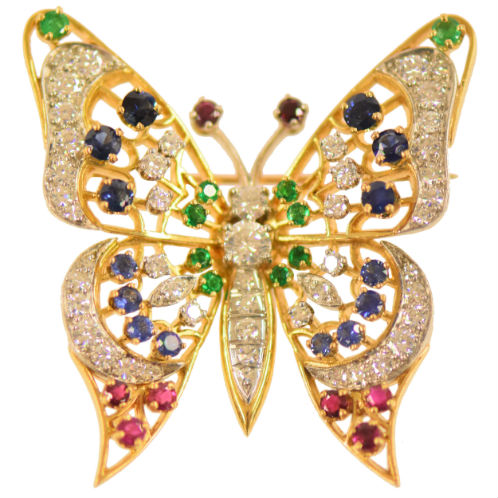